What did you expect other than Santa to show up after all the news that had been flowing and a BAC downgrade? Stupid rabbit, bailouts are for banks! I guess the AD last night "Livin on the Edge" was spot on, cause they sho as hell came to the rescue overnight.

And does anyone care to explain the 10% pop in BAC after a downgrade along with 36 of its brethren? Standard And Poors Reviews 37 Global Banks, Downgrades Bulk - Full List Attached | ZeroHedge

A 50 point move OVERNIGHT in the minis from 1183 low (where have I heard that number before? ON THE NUMBER!) to 1235 (1236 is second resistance and 1230 IHnS target we were discussing this week, the ABC scenario we have been discussing)? The technical set up was leading to a major move south. They had to make a move that just flat out blew thru major 1218 resistance. I am now eyeballing another potential IHnS that targets 1253. Bears be warned, moves like this are what got October kicked off, and we all know how corrupt the entire system is.

This is raw insanity, cause once again nothing has changed structurally or fundamentally. This is a stop gap measure that generates near term appearance that all is well printing more money and once again heading further in the wrong direction. My November swoon continuing into December was coming in a big way and this emergency action is the proof. "This means that the global situation is far, far more dire than the talking heads have said." Here Comes The Global, US-Funded Liquidity Bail Out | ZeroHedge.

I'll go back to the drawing board on the call as I think I had it right except for one point, they were not willing to let the markets fall to a point of despair before acting with the big guns. I'll take this as a minor victory, adjust and move on. Heck, this is not even the biggest final gun and is only a temporary fix. They have not gone for the final QE yet. Maybe my call was right and it just needs a bit more time to fester. You have seen the Weekly Target Chart. I still like it and the theory that it can crash at any moment or they save it thru the election and then it all turns to dust.

You have to see the set up coming with war (possibly happening right now with Iran, Syria and Israel), massive debt and liquidity issues, global social unrest, the National Defense Authorization Act, MF Global event, the EU setting emergency plans for worst case scenarios and many more issues. This is not written in braille folks. This is as plain as the nose on the front of your face. you wither choose to see the massive whitehead and do something about it or you just let it fester and look like a total moron. Guess what we're collectively doing? Adding massive amounts of grease and bad bacteria feeding the zit!

This is just great, I can't wait to go home and tell my 11 and 9 year old that they will be paying for all this BS the rest of their lives and their children will be as well. Welcome to the debt slave nation all to save the banks and the elite. Funny, I wonder how many that thought they were part of the elite are just now figuring out where they fit in the overall scheme of things. The good news is all this will fail and massive global default is coming. Debt forgiveness will be the only way out (all on the STB call docket since the beginning of the blog). My "event" is coming. the one that will end all of this mess. the one that will be so large they can not paper it over or cover it up. Till then you have to deal with this bullshit.

Glad I did not waste a lot of time last night updating the chartbook, but that is coming.

30m minis - I need some time to figure this one out. 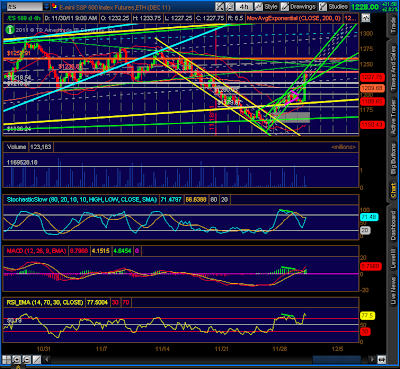