1 [noncount] : the condition of having poor and unhealthy behaviors and attitudes within a group of people Merriam-Webster's Learner's Dictionary

Need I say more? And the non surprise of the day is ........ No IMF, EFSF Participation In European Bailout: Merkel Says G20 Fails To Reach Agreement On IMF Resources, Nobody Wants Any Piece Of EFSF | ZeroHedge. You are kidding right? They have had a month if not longer with certain doom staring them in the face, and all they can come up with is - the IMF will help us? And just who funds the IMF? You and I do mostly. And what happens on the 23rd? Yes, our debt ceiling vote. Are you beginning to put it all together?

When you are running for reelection and you need some good jobs news cause your policies have all been total failures, what do you do? Stupid question, I know - NFP Less +103K Birth Death Adjustment = -23K; 530K Jobs Created In 2011 "Statistically" | ZeroHedge. Which begs the question, can you bullshit a bullshitter?

FAT CHANCE! US Needs To Generate 262,500 Jobs Monthly To Return To Pre-Depression Employment By End Of Obama Second Term | ZeroHedge

For a few months now STB has told you to focus on liquidity. "the liquidity in the market now from a European point of view, contrary to what broken indicators may show, is the worst it has ever been with nearly $1.6 trillion in liquidity removed from broad circulation and parked with either just the Fed or the ECB." Behind The Scenes European Panic As Interbank Liquidity At Worst Level Ever | ZeroHedge

And one more - in case you just don't get it - Remember my shot piece on the global Ponzi the other day? "foreign Reverse Repos with the Fed soared from $81.3 billion to $124.5 billion, the most ever, and a weekly surge of $43.2 billion, the second largest ever, second only to the Lehman collapse. MF Bankruptcy Causes Biggest Foreign Bank Liquidity Scramble To 'Fed Safety' Ever, Harbinger Of Major Eurobank Stress | ZeroHedge

Sure- let the markets just ramp away in hopes of the IMF (US taxpayer) bazooka coming to the rescue. No need to worry (till it is to late). It will all simply end one day. Poof - Aaaaannnd it's gone (see video on the right or the techno version here). I reiterate, the crash in '08 will be child's play compared to this one.

Don't forget the Israel (or the US and other forces) really don't want Iran to start that nuclear reactor. I suspect that a possible war there could start in the next few weeks. As STB has been telling, this would make for a nice distraction from a failing debt ceiling vote and the need to cut spending. This would also make for a nice distraction from the global financial meltdown that is coming at us like a bullet train as well. 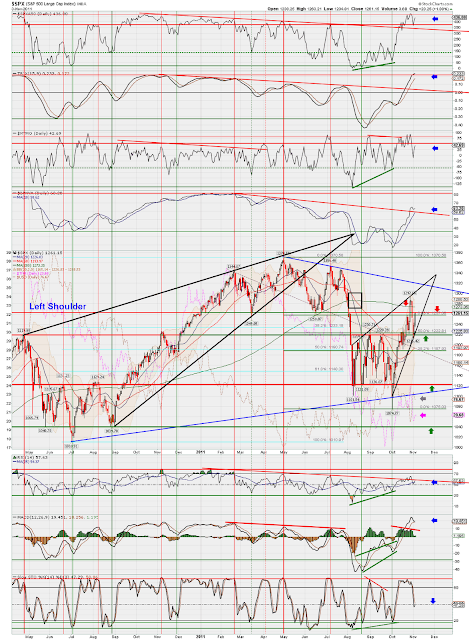 Minis 30m - The head and shoulders I have been showing for a few days now. Also you can see the upper and lower blue diagonals of the rising wedge that finally revealed its self yesterday. 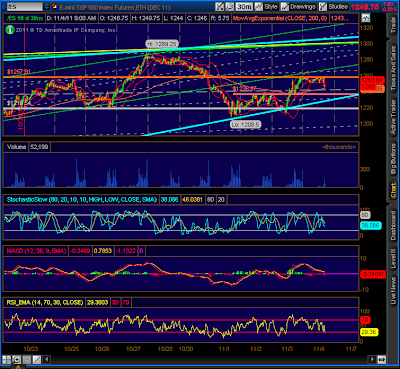 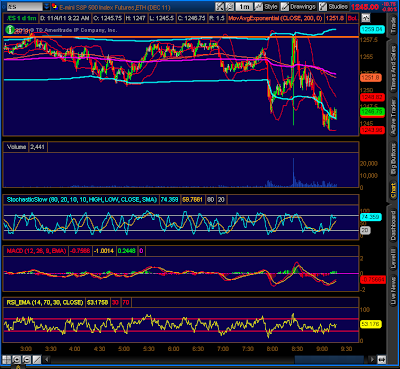