I don't so these all that often, bus since I am tired of talking about all the downgrades and lies about salvation, and since I have not covered most below in some time ..........

Note - all the below should scare the hell out of you (and I am not including the markets). This looks like epic collapse and no stick save option is available.

/dx - US dollar - Breaking out above long term down trend. After a 40% devaluation off the 2001 highs you had to figure a rally would have to occur at some point, right? How great is the fear around the globe right now? Well, if they are flocking to the greatest fiat on the planet, that would conclude your lesson on how this global economy is the greatest farce ever manufactured. $81 and $88 are the best two targets here if this improbable run can continue. 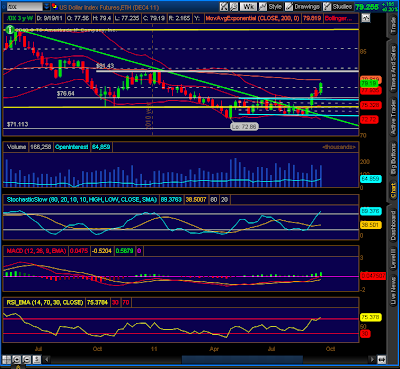 /cl - Oil - Coming in on support levels from 2009 and resistance levels from '04 and'05. The channel support up from 2008 lows is gone. The lower green diagonal is support off the 2000 lows. 200monthly MA near 55 is a good target if it can get thru the $71 level. Remember $85 is the magic number that most oil nations require for their economies (entitlement states) to function best. 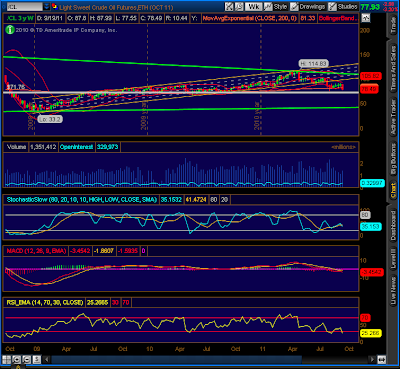 EUR/USD - As STB has called for months now, I was looking for a move to 135, then 125 and finally 116 as the ultimate target. At the rate things are going 0 may be the best call as they may not be able to save the EUR. The lower pink diagonal is off the 1999 and 2000 lows. Major historical support/resistance at $1.18. .82 is the 20yr low set in '99. Rising wedge at LT resistance diagonal is obviously breaking down here in a big way. 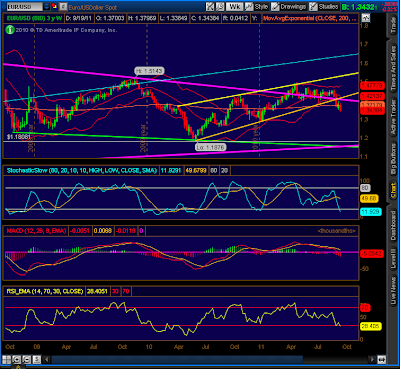 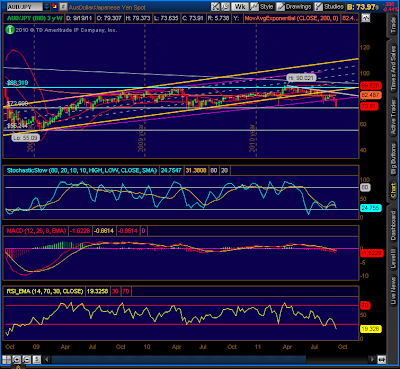 USD/CHF - Falling from $1.81 in 2000 to the low of .70 this year is astounding. The wedge from the top is still in tact and may cap any upside to this move around  NT resistance beginning around .95. $1.35 would be LT S/R and would be the max for any move in the world's grandest fiat currency. 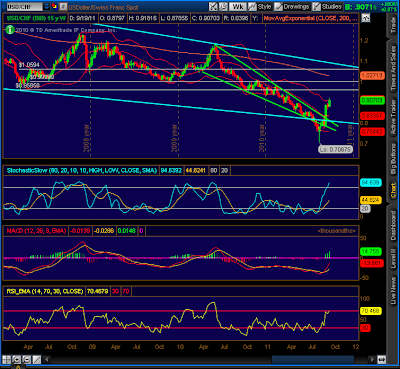 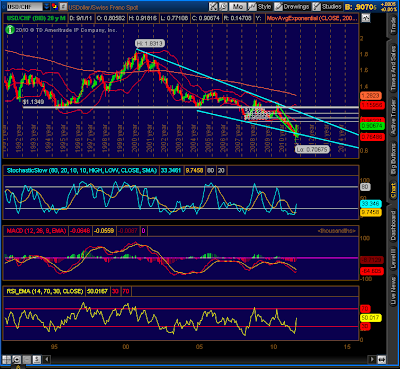 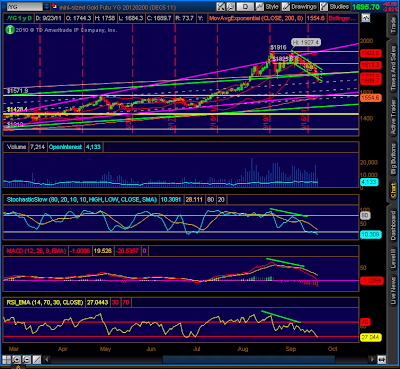 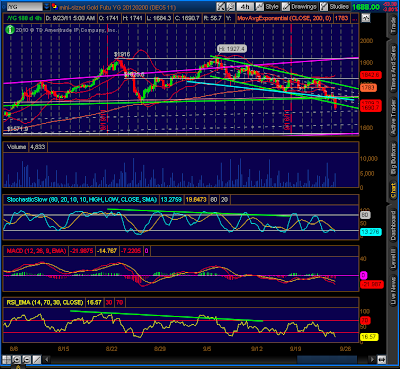 /si - Silver - The LT resistance diagonal acted as support for the last major fall. Can it hold this time? if not you have to look to $24.75 level and then $20 LT support (worst case IMO) and finally near $11 LT diagonal support (fat chance). 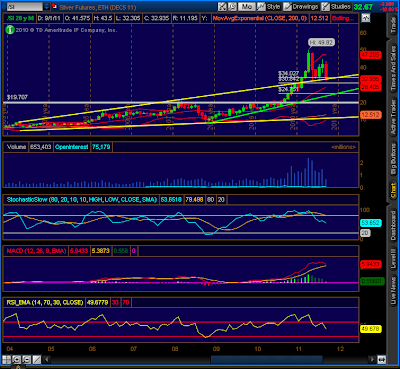 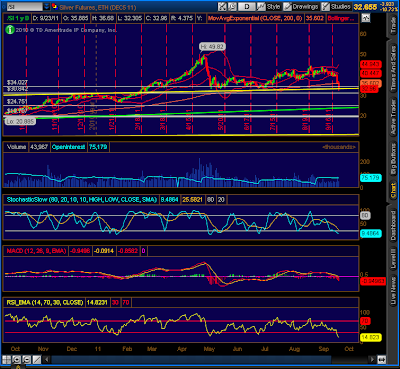 /hg - Copper - Monthly divergences said the turn was coming. Monthly bear crosses on MACD's are not good things. $2.83 should be the first stop, then 200mma near 2.05 and finally the lower LT channel diagonal near $1.70. 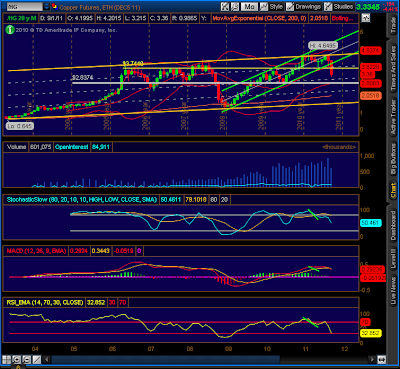 Have a great weekend. GL and GB.