STB has entrusted a guest post to Incadamus for the first time - Let's hope this works out. STB 3.0 is slated to allow used generated content. Let's look at this as a trial run.


I have been wondering what timeframe I should use for my 401k.  I can only buy or sell at whatever the market closes at, like many others.  Also, there are those that would like to not babysit the market and come up with a good strategy to enter/exit trades.

So I thought to myself, hmm.. let’s try the 60 minute 13/34 EMA cross and see what would have happened from 1/1 – 9/9 of this year (damn charts kept moving so I picked that day as my cutoff for no particular reason).

As many on here know, I trade the 15m 13/34 EMA and have recently even switched to the 10m to try to capitalize even more gains.  I have had huge success for both even faced with the occasional whipsaw.  My original plan was to track a 15 minute chart back to the first of the year, but guess what?  Stockcharts.com does not hold the information back that far.  I think it was 30 days for the 15 minute chart and 20 for the 10 minute chart.  Also I came to learn that you can only add so many annotations to a chart and cannot add more than six total charts on one page, thus the two charts for each quarter.
I will say this about the prices on the stockcharts..  I estimated where it crossed as I did not have the time (trust me it took long enough as it was) to open a single day chart and see exactly where it would cross.  I got the spotting tool (crosshairs) to see where it crossed.  It is not exact, but very close.

So, to my AMAZEMENT I found some crazy information.  I mean this is some crazy shit that I DID NOT expect to find.  I doubled, even triple checked my charts, the settings, and the formulas in my spreadsheet.  They’re all correct.
You won’t find this on my public list at StockCharts…  STB ONLY!

So let’s look at the first quarter.
Chart 1: 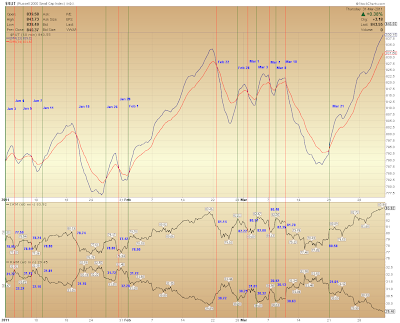 Notice anything strange and jacked up??  I sure do!!  THE DAMN ETFS DID NOT FOLLOW THE 13/34!!  Not only that but we are starting to see the DECAY eat away at the portfolio!!

Next is the second quarter.
Chart 1: 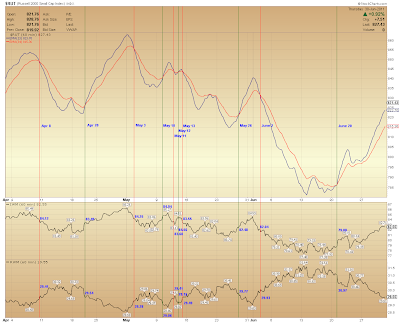 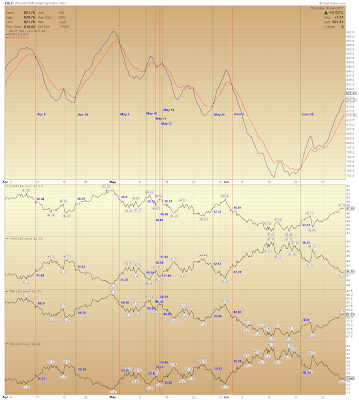 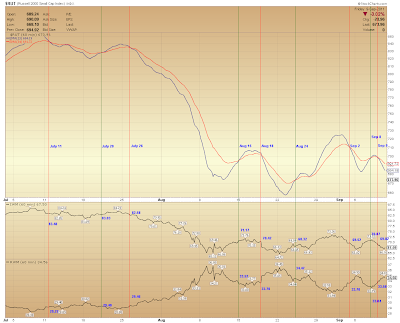 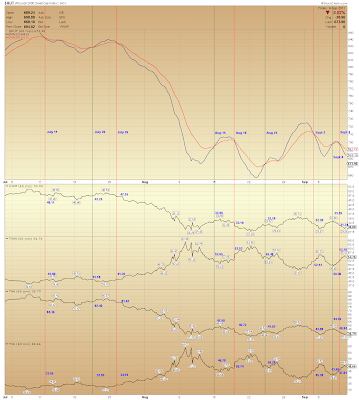 Seems like the 2x and 3x made up a little ground, right??

Now the facts.  I have taken the prices and put them in a spreadsheet.  I took a portfolio at $10,000 and showed it going forward.  This assumes that you bought or sold the given ETF at the point the 13/34 crossed.  For example, if the 13/34 cross was bullish you bought TNA and then when it crossed bearish you immediately flipped, sold TNA and bought TZA. 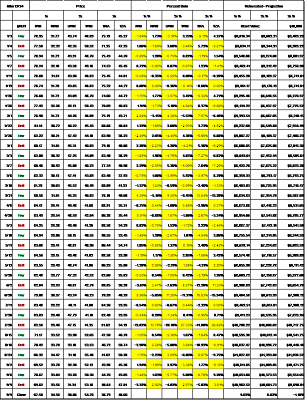 Well there it is folks.  A bunch of hard ass work on my part to show this.  What did we learn?

That is a question only you can answer.  You know your trading style.
I appreciate you looking at this and appreciate your support at StockCharts.com.  I did this for all those that continue to vote for my charts and have been wondering some of the same questions that I have.