OK, the news since 6:00 last night has been nothing but dreadful. Most all of it was covered in the comments section today. The DOW had absolutely no reason being up over 100 points other than on hopes of easing (and a little HFT spice).

Not gonna rehash the market's whacky day. Bottom line is price reversed at the April 2010 top forming a pretty double top with nice divergence - a classic and powerful turn signal. Now, the fed tomorrow can blow all of this up, but at this time it appears that TA has predicted the "sell the news" event STB and commenters were proposing earlier in the comments.

SPX 30m - Pretty double top with divergences. That 13/34 ain't working so hot in this consolidation phase. Not sure anything is other than TA at this point which has missed a few news driven turns as well. So, follow the news LOL. 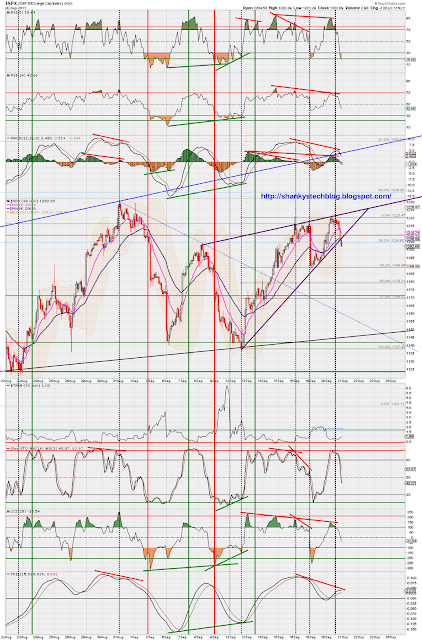 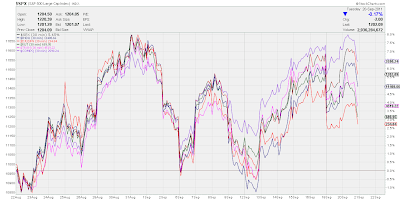 STB told you months prior to the last debt ceiling vote it would get fugly and go down to the 11th hour. So, soon as that was over with no concrete resolution, STB warned that this would pick up where it left off - Reid warns shutdown is possible "Senate Majority Leader Harry Reid (D-Nev.) said Tuesday there is a chance that the government could shutter at the end of this month.  "

Bottom line is Obummer gets no respect. Everyone in DC (other than the morons promoting him for reelection) knows he's weak (yes, the most powerful man in the world is who we're talking about). Sad that his leadership is a shining example of what this country has become.

Throwing some links out for ya -

Art Cashin's "Friends Of The Fermentation" Subcommittee Meets, Decides "To Hell With The Kids" | ZeroHedge

Cleaver: If Obama wasn't president, we would be ‘marching on the White House’ - The Hill's Blog Briefing Room

And the NFLX weekly chart I tweeted today - I'm thinking $100 then $40 is or lower channel diagonal. Should get worse than that by the time this mess is all over. 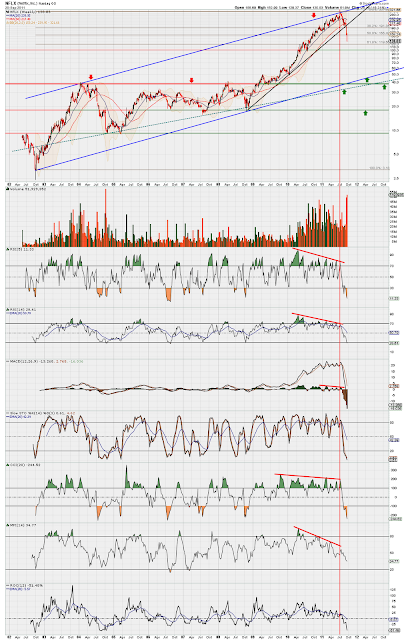