So what, they need more money - what's new? FT Report That Greek Bailout Package On The Verge Of Collapse After Surge In Greek Funding Needs Sends Stocks, Euro Plunging From Highs | ZeroHedge

Must watch video - describes everything we discuss daily about the corruption in the corporate system. John Perkins - Confessions of an Economic Hit Man - is really well informed and easy to listen to. The Global Elite’s Crime Syndicate with Economist John Perkins Alex Jones' Infowars: There's a war on for your mind!

Solar storms they are a comin. Thanks to RC, KD and others, STB readers have known about storm 1302 for over a week. Earth in cross-hairs of huge solar storm caused by sunspot 1302 | Mail Online

To me the most telling and important post of the day - there is a storm a comin - Is The SEC Telling Us Something? Schapiro To Cut Global Circuit Breaker Thresholds By 33% | ZeroHedge

INDU Daily - Just something a little different. You can see the divergences that have had me a bit perplexed on the double bottom all the while in a falling wedge with a  market that should be collapsing based on global and domestic economic and financial news. Confusing? You bet! 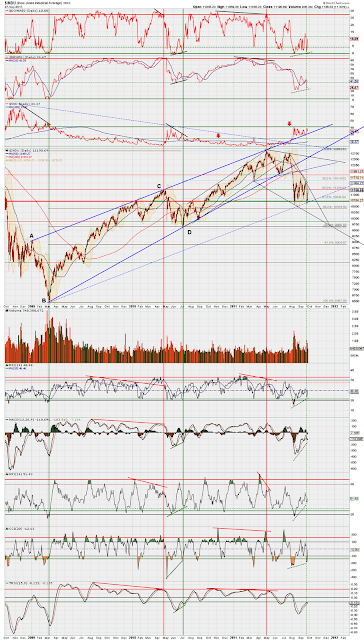