Let's look at some charts today -

Daily SPX - Other than some indicators nearing their lower ranges there are no real divergences being set indicating a turnaround yet. First key support busted and now price is battling with the second major support point. Lower blue support or 1374 should be the target for this reversal. Round level 1400 is just above the 38% retracement off the June low run, so after a 5% fall this would not be a bad spot for some sort of corrective or breather. If stops are triggered below 1400 it could get pretty ugly. For those of you into the fractal/timing thingy I suggest you look at the dire timing of the charts in this post. 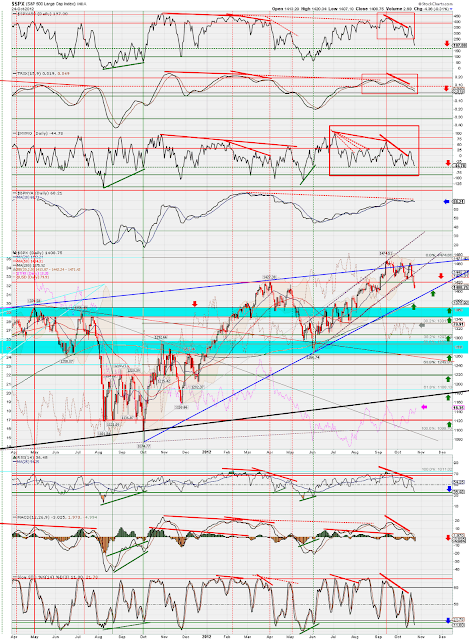 Weekly SPX - After showing the dire setup in this chart for weeks, it looks worse now that the fall has started. If this chart has set sail, then the next pop will only be a bull trap and much worse if to come.

Monthly SPX - Back in June when the Fed narrowly escaped the death cross of the 10 and 20mma's they only created a worse scenario on this monthly chart. Instead of the market failing around the 1300 level at the cycle top, they ramped it into an overbought situation where underlying indicators are now double diverging in some cases. If we get a reversal candle this month, it is all over. If not, then their time is surely limited. 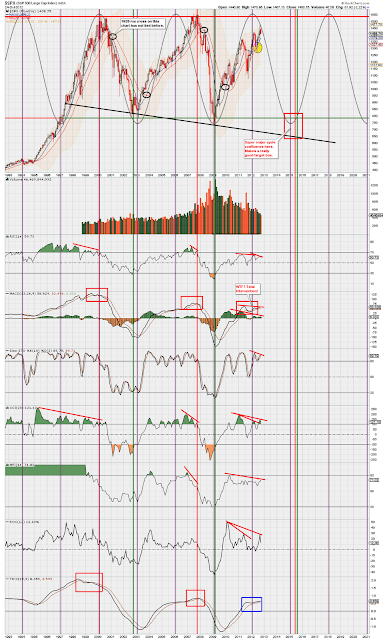 BPSPX v. SPX - Just nasty. Like, really nasty. Worst of the multi-year comparisons and when these divergences happen the results are never good. 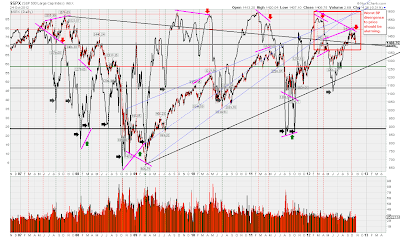 That should be enough dire stuff for now. And for those that say the charts don't tell the truth, I say you need to pay closer attention. Sure, they can ramp it all they want, but they can't run from price which can only be mislead to lie for a short period of time. Add the above to the coming fiscal cliff, the debt, the economy, global financial situation and everything else and you see the witches brew for market disaster that has been concocted. Now you know why the Fed must ease and they must manipulate. Their only other option is 2008 all over again, but this time with true market capitulation where everyone, I mean everyone, heads for the exits all at the same time.

As usual. more good stuff below from me and the great community.

The old man got even older today.