Not much to discuss this morning. The markets are a total fraud, the presidential election is fun to watch but the same old lies year after years are getting old, the EU is still blowing up but everyone is in denial and we're still on the verge of a global war which will not happen till the financial crash needs a distraction.

I am enjoying watching the O campaign squirm, but in the end none of it will matter as the sheeple will vote for whomever will give them the most shit. Seriously, to be president all you have to do is lie about everything you plan to do and promise to pay for everything by taxing the super rich even more. Consequences? There are none as long as you keep on giving shit to the masses.

Well, consequences in terms of voter remorse or losing support that is. Consequences to the country are a totally different matter. Spending more while in your first four years than all previous presidents before you combined, now that is a feat that will never be topped (and if it is .... well it won't be). Doing irreparable damage to the financial underpinnings of the nation is no matter to the current president as long as his socialist policies and ideals are implemented.

The Fed's printing press is the only reason we still have a pulse today and then again it will also be the death of us.

Did anyone expect us to enter the election with unemployment over 8%? It appears the O campaign has had enough of losing debates and has started to fight with more data manipulation. In one of the worst manipulation prints EVER, this 'timely' event just pops out of nowhere - NFP Prints 114K, On Top Of Expectations Of 115K; Unemployment Rate Tumbles To 7.8% On Expectations Of 8.2%. "The reason: the biggest reported jump in the number of employed people since January 2003, at +873,000 to 142,974. At least according to the Household data survey, which just happens to be used in the calculation of the unemployment rate. Just little bit off from the Establishment survey of +114,000." Kinda reminds me of the overwhelming consumer sentiment numbers being printed. You know, the ones that leave you saying, "Yeah, riiiiight."

This was an interesting tidbit this morning - India's Stock Exchange 'Closes' After State Bank 'Flash-Crash'. It is so comforting to know the robots in control of the markets never make mistakes. Ooops, they do? Well if that's the case then the 'regulators' will step right in and correct things immediately. Have no fear. Invest away. They have you covered from every angle.

So, let the bullshit continue to roll. The sheeple don't give a damn as long as the free phones keep on rolling in. What a sad, sad, sad state we live in today. Do you know the worst part of all this? Not one of us (or very few) is doing one damn thing to stop it.

Daily SPX - For what it is worth. There are some really nasty divergences setting up here that need to be noted. Not sure what could possibly bring the markets down right now. I just sit and wait on a catalyst. 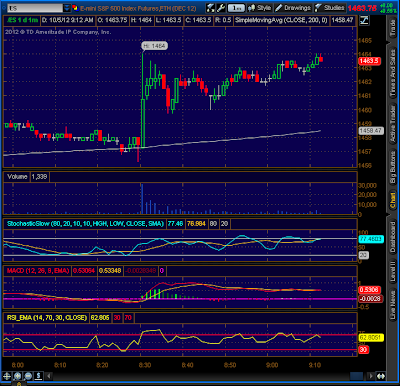 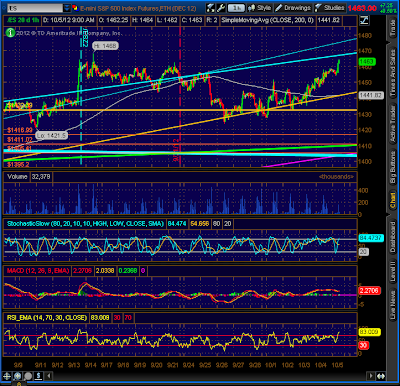 This is all so stupid. At this point it is beyond unbearable.

Have a great weekend. Congrats to all those "newly employed" out there. Remember, your leaders would never ever lie to you. All is well, move along. Do not look behind that curtain.