While we wait on the ECB, the EU and Spain to get the next bailout under wraps let's cover some broad stuff this morning.

Zero Hedge has Bill Gross: The US Is A Debt Meth Addict - Unless The Fiscal Gap Is Closed Soon "The Damage Will Be Beyond Repair" where the Bond King skirts what I believe he knows is the ultimate truth, there is no way out. As the man managing the world's largest mutual fund he can't just come out and say outright to run for the hills. What he does say is, "Well, Armageddon is not around the corner. I don’t believe in the imminent demise of the U.S. economy and its financial markets. But I’m afraid for them." I say that for the 1% the economy may not doe, but for the 99% the world is certainly running away from them at a rapid pace.

Who says poverty does not pay, REPORT: JP MORGAN MAKES OVER HALF A BILLION DOLLARS OFF FOOD STAMPS. One word - SCUMBAGS!

Denninger has an interesting post in Bernanke, You (Lying) Ignorant Slut covering the Fed's "Grand Lies" since their inception. Many lies define the existence of the Fed, but the devaluation of the US dollar is the one most should be aware of.

Do you still think this theft of saved funds is "no big deal" when in fact all you're left with of that $100 100 years hence in terms of purchasing power is about $5.36?

I believe that the original Coinage Act's provisions (passed in 1792), which proscribed death for intentional debasement of the currency, is the correct sanction for such treachery.

Have A Money Market Fund? Geithner Has You In His Sights! Long time readers know that I love to harp on the coming confiscation of all retirement plans and pensions (which is evolving into a potential takeover of every investment account). Read this report carefully, and don't come crying to me when they lock up your money for "the good of the nation". I've told you to have lots of cash at home and to work on an exit plan from everything you own.

"Dudley and Geithner's efforts are not motivated by a desire to preserve your MMF wealth. Rather, by combining floating NAVs with redemption restrictions and minimum balances at risk (MBRs), they are attempts to lock your money up as a liquidity buffer to keep the financial system operating the next time there is a crisis.  Furthermore, they may be paving the way for more financial repression from the Federal Reserve."

Religious Leaders Slam Bankers is a good one from Washington's Blog. Religion? Does that still matter? Do you think that the bankers actually give a shit about God? HAHAHAHA, they have no god other than the almighty dollar. Good luck with this pie in the sky belief, "One insight from the Christian tradition of penitence and forgiveness is that it is often not enough to put matters back to where they were before things went wrong; some demonstration of a change of heart by means of restitution and a visibly robust refusal to let the same failings occur again, is necessary before a bad situation can be made good." Like that's gonna friggin happen. Don't hold your breath.

Staying along the religious front, 2 MORE SENATORS WELCOME ISAIAH 9:10 GIFTS. "Now, he said, they’ve been warned. He compared his delivery to the warning that came to the biblical city of Ninevah from Jonah."

Daily SPX - For what it's worth. I just wait on my catalyst. 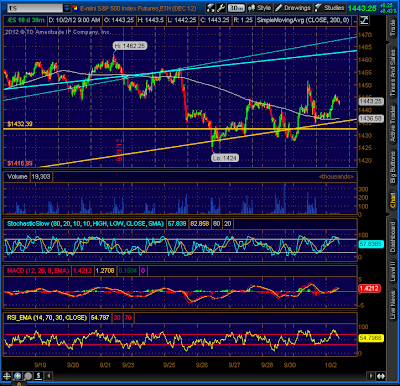 I have to give props to iolo technologies system mechanic. Two unruly computers have been tamed, and I have three more I will install this product on at home (all for the price of one). Dramatically improves time across the board on all your computer's functions. Easy to use and the most thorough product I have seen. I was most impressed that this product was able to remove the crud that ties its self to your start up process and on two computers removed 4 'dangerous' and 15 total files from this process. My work computer that you have heard me complain about for some time now screams. I actually believe my trading platform works better now as well. Since installing I have not received and "performance problem" warnings.