Let's start today with the great news European Banks Need To Sell Up $4.5 Trillion In Assets In Next 14 Months, IMF Warns. Now I'm not sure why they put the 'warns' part in there. Insolvent banks and governments selling anything these days does not seem to be a real problem. There are not any long or short term consequences when you control interest rates and the printing presses (that is if you live in the land of unicorns and fairy tales). What's strange to me is it appears that hints of reality are starting to show up in some of these economic reports. These sort of actions would be against the establishment and cartel mandates. How are they allowed to print such atrocities?

The AA beat was a joke. I'll write more on my thoughts of earnings season later this week and include more analysis. Initial thoughts are that it will be a nightmare waiting on AAPL to report as everything else is apparently inconsequential and little more than noise.

Not much else to say. Bit of a writers cramp this morning.

Way off topic, but if true every banker. politician and government worker should be very concerned about this. Afterlife exists says top brain surgeon. Either this dude needed a good story to sell some books or he's seen something.  This story was not as good as the post's title.

Daily SPX - Uh, divergences and a large wedge overthrow. They are literally hanging on by the skin of their teeth here. 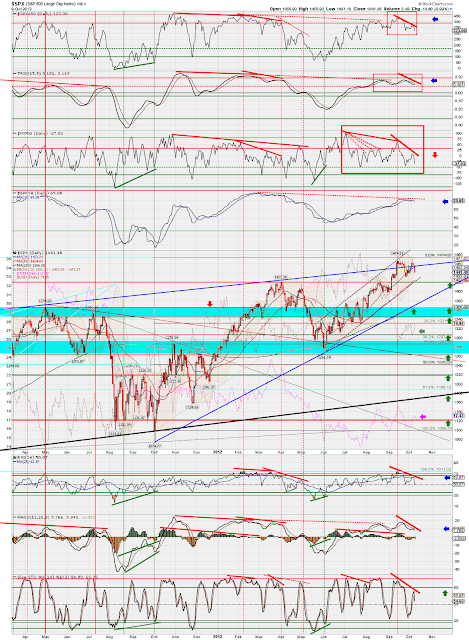 Minis 5m - Stop! Potter time. Yesterday I showed yellow diag support and when that cracked I said 1432 would be the next stop. Well here we are. 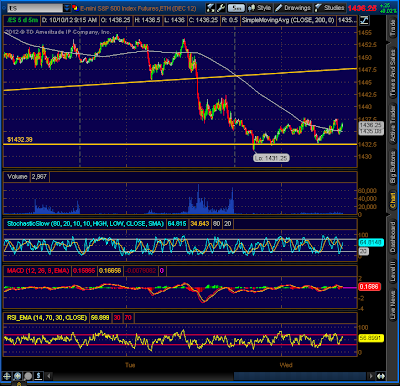 Minis 60m - See the bottom right corner where green and pink meet? Possible STB point there at 1410 tonight. I've been saying little more than yellow to blue for a couple of weeks now. Here we are back at 32 support. If this goes 1410 is first target then 1400. 1468 then 1502 are upper resistance. 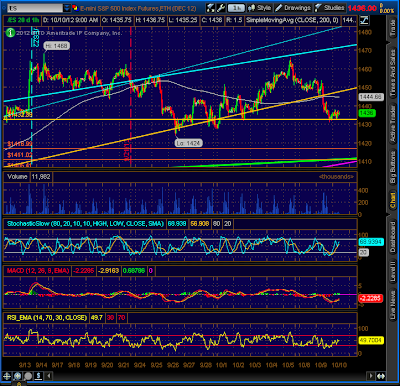 Follow the Fed. Scalp and get out. STB simply waiting on a catalyst to fracture the market which will lead to my "event" We're getting closer every day. Let the trade come to you. Do not force anything. The charts are ready, but we all know nothing happens that the Fed does not control, and this is a prime spot for the BTFD crowd to come in scooping up some AAPL and other "oversold" morsels. I prefer down here as things appear to be spinning out of control and (what I perceive, not the government) as waning sentiment is taking over. Just be careful and guard those trades carefully.