All you need to know this morning -

Cass Sunstein, just know that the man (another Chicago crony) Obummer just appointed  to sit on the NSA oversight panel wrote this,

The Agenda 21 and NAU (North American Union) supporter (which means this guy is all about the NWO) now oversees the NSA and has all the blessings of the white house. I keep telling you the markets are immaterial and and are little more than a distraction  to reality. What's important is where we are headed not where we are, and where we're going under this current administration makes current "conspiracy theories" read like a lovely fairy tale.

We're close to having our Reichstag event here in the US. Just know what it is when it happens. I've been talking about this for years, and it now appears they are finally ready for the event. Y'all really need to wake up to what's going down before it is too late.

Markets now wait on September and the taper. The markets remain in a position of denial that the liquidity train will be leaving the station. Retail has no clue of what this means while the institutions understand it all to well. Right now all there is to do is wait for them to pull the plug. Till then they will use plenty of Fed speak. lies and propaganda to keep hope in the markets alive as long as possible.

Minis 60m - Rising wedge that lost support with a pretty strong negative divergence on MACD below. Price made it thru the STB 1652 resistance area but has not run to the upside which indicated the BTFD bulltards have lost a lot of their mojo. 1673 area is next resistance point. 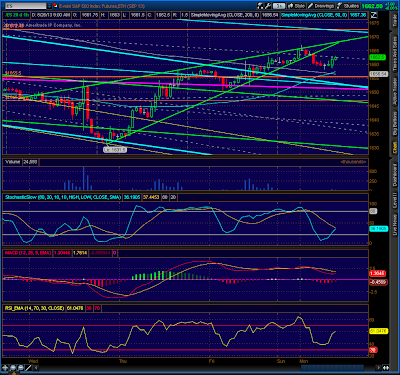