New Moon Tuesday? Will we get fireworks tonight? Doubtful but should be something that is at least on our minds.

Apparently we've entered the baffle 'em with BS stage of this economic saga. The GDP revision is apparently going to screw with a lot of numbers causing more confusion than necessary. The record trade deficit plunge is probably the first best example of how the massaged data will change the economic landscape in their favor. Don't you know they changed every variable to make things look as rosy as possible regardless of the true conditions on the nation.

Don't let them fool you folks. We're still sliding down hill and picking up pace. The data manipulation will only make things worse in the end as you can only put so much lipstick on a pig. The light of truth will shine bright one day. Price action in the markets will reveal the real deal when liquidity is pulled, and panic will set in once again. Both bonds and stocks are primed to be the wake up call to all on this globe that the recovery was little more than a farce all along.

Add to that, TA is primed and ready for the turn.

Daily SPX - See that black vertical line on the chart? Everything to the right of that is nothing more than vapor. In reality every point off the 667 lows is fake, but above 1375, that's really nothing but hot air and when it gets released the support for the markets will vanish into thin air. A solid year of negative divergence turning into an overthrow/overbought situation on top of a market that is built on deception and lies is the worst nightmare scenario possible - and you're smack dab in the middle of it. 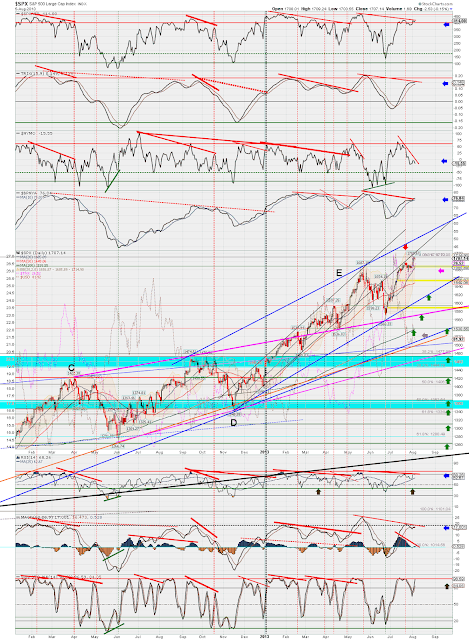 SPX 60m - If the above was not bad enough, let's look at the 60m chart. The past month internals have been weakening as the drive to destiny (1700) had to be made. I'll  remind you - the left side of this chart is Taper ON - the right side is Taper OFF. We're just about into a situation when taper ON is going to apparently become a reality. 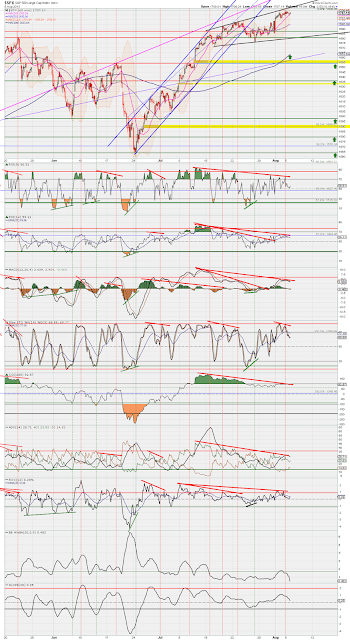 Minis 4hr - I'll reiterate, taper on then taper off. 1673 is your key number. Anything below that and the markets will be in real trouble. Till then it's gonna remain business as usual for the Fed. 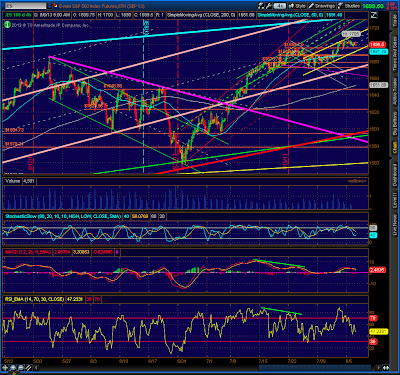 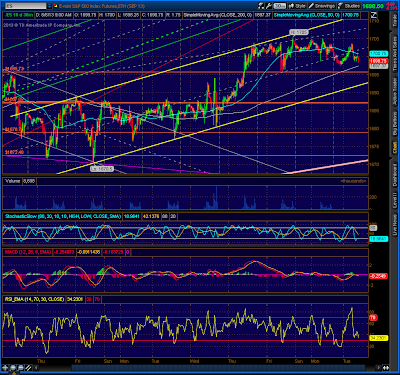 Can they taper before Christmas? Can they start a war before Christmas? If not can they do either in an election year? Boy are they in a pickle. Bottom line is it's all unraveling for them right now. They have lost control of the centralist, statist, elitist beast. Their best laid plans are imploding in their face, but alas they remain in control and will do whatever it takes to remain all powerful and consistently increase their power and wealth, and that's what should scare the hell out of you.

More charts and commentary to come below.