Let's just say that smoke and mirrors is no longer enough and they will need moar to keep this sea hag of a market afloat. It's pretty obvious to us all here at STB the game has come to an end and they are in the final throws of preparing for the end game. They have lost control of their system from various angles and it's time to transition the game to a new playing field.

SPX Daily - There is only one thing that could keep this set up from failing, and I'm pretty sure you all know who that is. That is just sick/nasty and in all rights should bring about a 15% move to the two 38% retracements between 1440 and 1470. 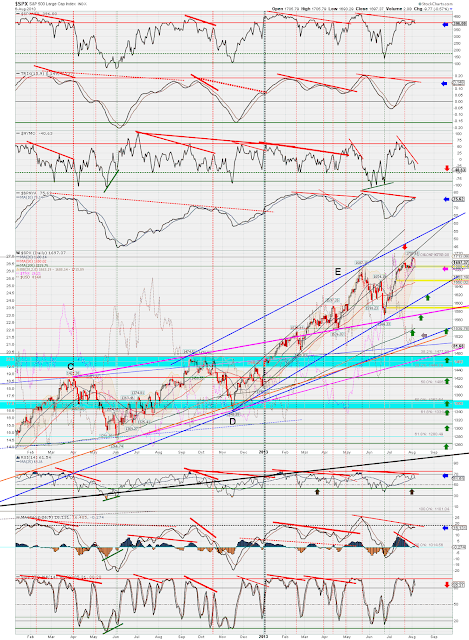 Minis 30m - Pretty much as expected. Price fell to yellow channel support, got support and then fell to 1687 support which is probably the last line in the sand before the critical peach support down at 1673. 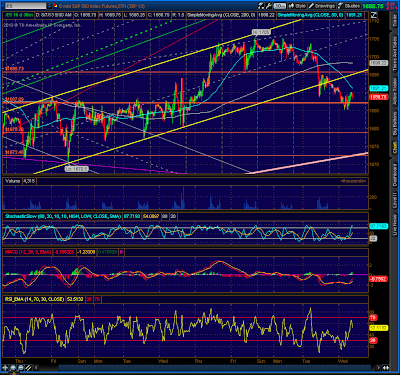 I'm pretty sure I may pull the trigger on a top call here, but that's easier said than done. Their game is over and taper on will bring a pullback that I do not think can be overcome where the market will be brought back to these levels. They will try with one last round of blackmail and easing, but they won't get this level again.