G-20 in session, Fed's Bulltard speaks at 9:30 - those two should be enough to have the bears on edge this morning. Of course China is growing (that is if you believe a word out of Big Red) and discussing easing policies. So what's not pleasing the markets? I thought we were in another BTFD moment where the bulls were going to slaughter the remaining bear population (if they are not extinct already).

Never mind that gold event this week. It was not a manipulative move along the lines of LIBOR rigging. If it was, who cares? No one will go to jail and it will only improve the dollar, so that's a win - win right? That's the way the economy and modern finance work these days isn't it? We cheat, we win, the banks retain control of everything and we move on like nothing happened. If this is not top of the food chain financial brilliance I don't know what is. When all there is left to do is cheat cause you control everything, then we're there.

The Bank of Countrywide/ML miss has me miffed a bit. How do you miss in an environment where accounting fraud is wholeheartedly accepted, trading profits are a can't miss and the Fed gives you 4% in free money? I mean at the least all they had to do was dig into their sizable bag of loan loss reserves like everyone else and Poof! they get a beat. Congratulations BofA, you have replaced Wells Fargo at the top of my next to be taken over list.

For some reason commodities are all of a sudden a hot topic. We here at STB have been noting their decline for months, but as usual the MSM shows up after the fact when things are already overheated. You are already hearing the gold has stabilized talk. Well if you can call the day after the drop as stabilized be my guest. This is akin to declaring Fukushima as stabilized.

Copper - /HG - Copper since the late 90's has been in a large channel up (green). Back in '09 copper set the right shoulder of a multi-year head and shoulders formation just under upper channel resistance and with the channel 50% diagonal as the neckline. Of course this HnS targets lower channel support near $2. Guess what happened over the past two months? Price broke neckline support. $2.85 support will be the first stop. A rebound to backtest the neckline should be in order, then it all ends. 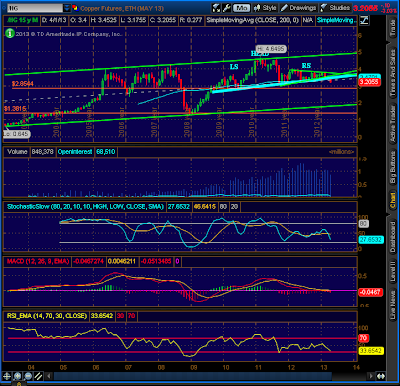 Oil - /CL - The reason this chart is backed so far out is I want you to see the lower green LT support diagonal near $52. Now, if you think the oil barons will allow that to happen you are dreaming. Oil is at a very precarious spot though. Break out or break down is the question? Break down is what should happen given the global economic conditions. Break out is what will happen when Un decides to commit national suicide if he attacks S. Korea. Price has been in the pink wedge for years but that is a secondary formation to the triangle (upper blue and lower green) where price has been corralled into a point where a break is soon to be required. STB hates speculating on the price of oil as it is the second most manipulated commodity on the planet (moved to second this week just behind gold). Bottom line is something is about to happen. STB thinks down with the economy till a war breaks out to protect the price. 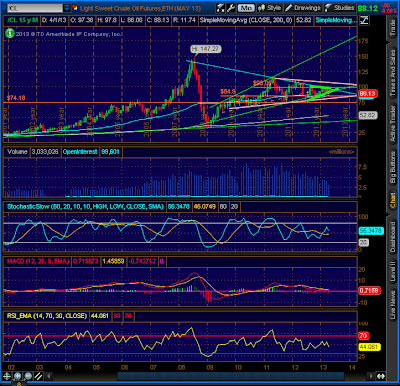 Gold - /YG - This one is simple - pay no attention to the price. What? That's right, the street will set the price and physical is selling at a premium wherever you look. Supply - as in real supply is dwindling. Get it while you can. All support is gone now except for the monthly 200ma. The CB's gapped it thru every meaningful point on the charts this week. A backtest of the $1500 area should be in order, but they will move it to the $1200 to $1150 range. This is where China and Russia started piling in after the crash and they won't be able to take it below those points. Keep stacking physical folks. If you still hold paper? Bless you my child, it is going to be a long hard ride. 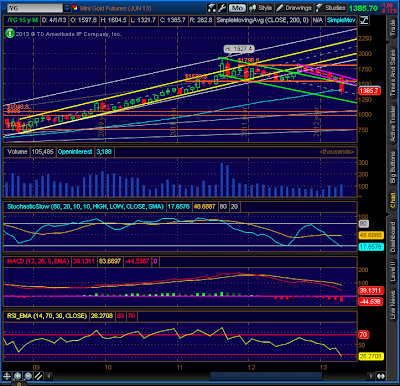 10yr - /ZN - Not sure if words are needed to describe what's going down om this chart (pun intended). Remember the bond market always leads and has the smartest players on the planet. This is a dreadful multi-year formation and should tell you what's coming. 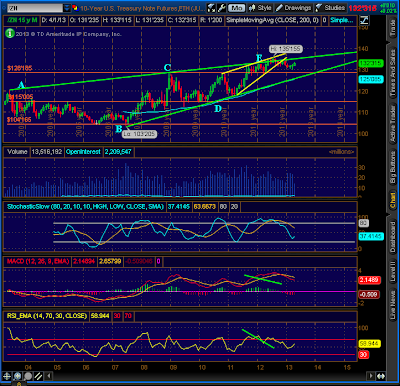 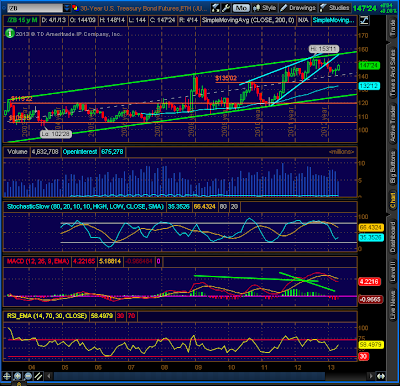 SPX Daily - 1600 still looms above and they are fighting to not let that daily bearish engulfing candle confirm. The minis made it as low as 1540 but cash was held up. Cash has the 50ma and BB support there. Below that there is no support to speak of till near 1460. If that break happens fear will rear its ugly head and the PPT will immediately go into full court press mode. Can they contain the selling will be the only question.

Minis 60m - Some are calling it a bear flag/trap, some have it as a HnS inside a larger HnS - I can go for both, but must warn that 1600 still looms and the G20 is going to do their thing. Testy times for sure. Lord knows this top calling stuff is causing my hair to fall out and what's left is turning gray at record pace. They retain full control is about all I have to say. I continue to wait on my "event" which should be coming sooner than later. Gold was close, but more of an outlier like LIBOR - I'm waiting on the next bail-in or Japan to puke up a lung. I think one of those will just about do it. I still preach patience. The trade is coming to you now. We may be about to enter a whole new and different ball game.

Minis get their backtest of the 67 area as advertised on STB yesterday. I must admit I was nervous about them taking that point out and commencing the charge to 1600. A move down to 40 is in order if Bulltard and the G20 don't disrupt the force today.  Below that minis will find support near 1520 and then there is apossible STB point around 1511 where a wall of support exists. The current 1552 area holds the 4hr 200maand prior s/r. If this goes 40 may not hold. 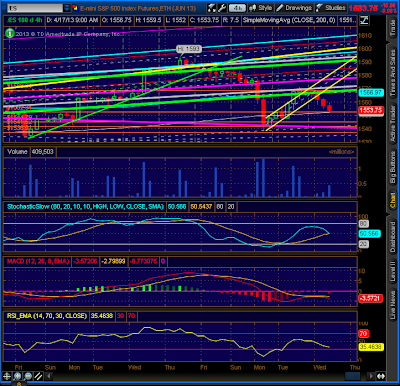