Again (I hate starting a post with that word), here we remain (and we're not going anywhere so get used to it). What's new this time? Well another economic disaster coming to fruition in Japan, but the markets continue ignoring reality. So nothing new to see here. Move along and turn in your guns after getting felt up by a TSA agent against your constitutional rights (sorry, we no longer have those rights, my bad). Welcome to the brave new world.

Japan Bond Market Halted For Second Day In A Row should be a nuke tipped ICBM across the bow of the markets but nooooooooooo. I certainly hope you folks out there are seeing the new reality. The fact that markets are a total sham and that nothing is real in the world of finance. I hope you fully understand that.

Washington's Blog had a great post on how we're doing the exact same things now that got us into this crisis in the first place. You should read and heed it. Actually, what they are doing pales in comparison to what's happening behind closed doors and where they plan on taking us.

So where are they going? Well, I've been telling you for years now their end game is the confiscation of the $19 trillion in retirement savings and that's coming next. Denninger did a nice post on this yesterday. If you have not seen How They Will Steal Your Retirement go read it now. This may or may not save the markets or the country (it won't save either). The discussion around this subject can be endless. Bottom line is it all depends on how the sheeple react. So, ever wonder why they are in such a hurry to get your guns?

Daily SPX - It is what it is. Set up for total failure, but the PPT and Potter working with the HFT bots have things under control. Hang in there top callers. I think we got us a big one on the line. They just take a while to get into the boat. I reiterate - Patience. 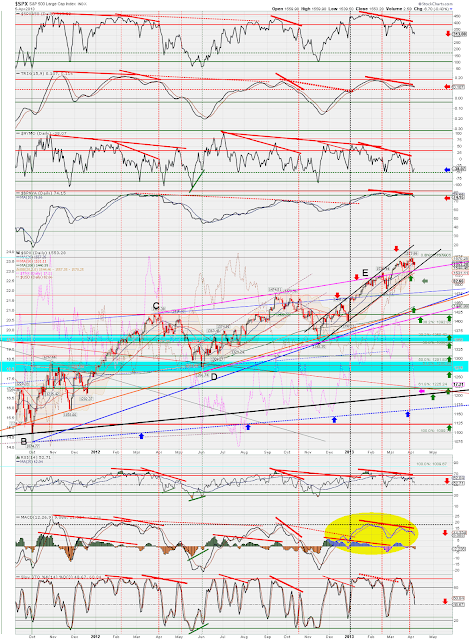 Minis 60m - Last week I offered two backtest points. They were 46 and 53. Could be very interesting if this things decided to let go early this week. Above 53 is 60. The final resistance. Anything over that, and I'll likely throw in the towel for this fade. They are creating MASSIVE supportless holes under price folks. 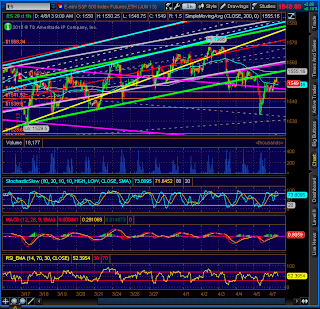 Remain patient. They have too many balls in the air now. This juggling act will coming to an end sooner than later. As usual, more to come below.

Reminder - NCAA finals tonight - if L'ville takes it LS2 and I get 2nd and third behind my twitter buddy Legacy Trades who has first locked up. If not I may have to ban Inc for life cause I will not want to listen about him finishing in second. Yes, there are some perks I can claim to owning STB. SS and LC are having fine showings as well. Many thanks to all that participated.

Aaaaaaannnnddd it is Masters week. How glorious. If I appear to be distracted at times - I am and don't bother me.