Conclave I guess will be the word of the week. If Peter Edro or Peter Turkson get the nod, then the Petro Romaus 112th pope of the papal prophecies will be complete. That my friend will be some really super freaky stuff if that happens. Too bad Intrade is now gone, cause I'd love to have seen the odds on this race.

In other news it appears the government's (banks) witch hunt against S&P may be hitting some snags according to this post from CNBS. We all know they have a solid case and this is not any sort of retribution or punishment for downgrading the "wrong" country or currency right?

N. Korea may be setting up to be a March event. Party Boy Un is flexing his ignorance again.

Interesting news from us dumb 'ol southerners, With the ATL supposedly on the verge of becoming the next Detroit (I don't believe that for one bit, but the corruption down here is close to lethal), the burbs are now forming cities of their own but with a twist. A twist hearkening back to the days of segregation or close to it.

Predominantly wealthy and mostly white areas like Sandy Springs have been forming and becoming their own cities thus taking big city government out of the equation. They are solving all sorts of pension and other funding problems with great success. The twist, the blacks in the ATL don't like it one bit.

While I find the success the cities are having one of the few social positives I have seen in many years, as usual the liberals are pissed and will find any reason to stop the progress. As usual the race card is played where it should not even be in consideration. I often write on the coming extremes of racial divide being promoted by potus and the democrats. This is just another example of the smart (black and white in these communities) vs. the losing liberal where the libs will not tolerate independence and any form of success that comes from it.

On to the charts - As you can tell from the above - ain't much happening and other than a few data points this week it could be a dull one. You all know I'm pretty geeked out about the month of March.

SPX Daily - It is what it is till a catalyst hits. As noted last week, the recent rise has only made the underlying weakness even more glaring than it was a few weeks ago. 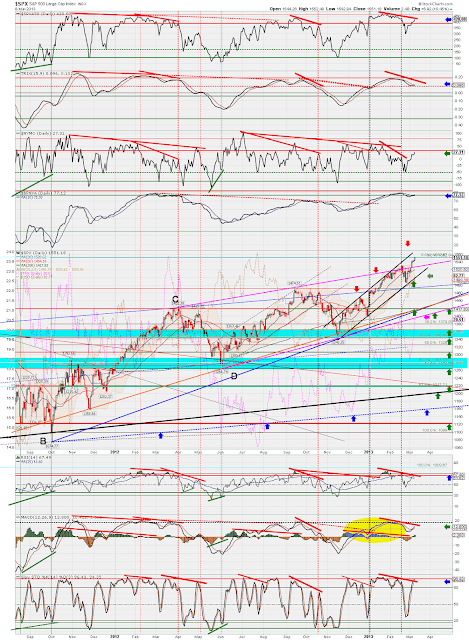 CPC - When the markets ramps when it should be sold, you know you have a problem. 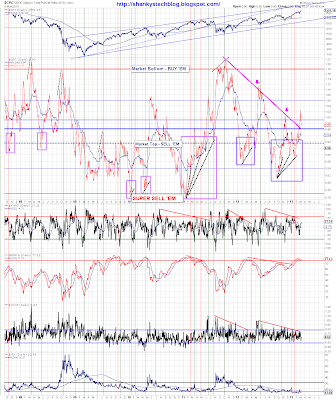 Monthly Comparison - When all the major indexes bunch up like this, you know there is a problem. Let me clarify, especially under these economic conditions. 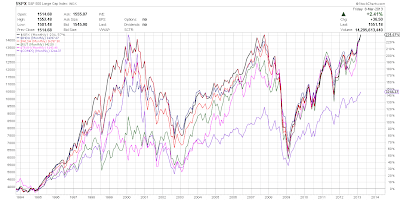 Minis 60m - Yellow ascending triangle targets the 1566 area. The problem with that scenario is the white channel will have to be taken out (usually not a problem for the Fed). So notice where price is trading here, just above yellow NT triangle support and just under white LT channel resistance. Very precarious point. The lowest white diag on this chart is the major support off the 10/11 lows, so the 1482 level is a serious point we need to be watching if this thing should turn. 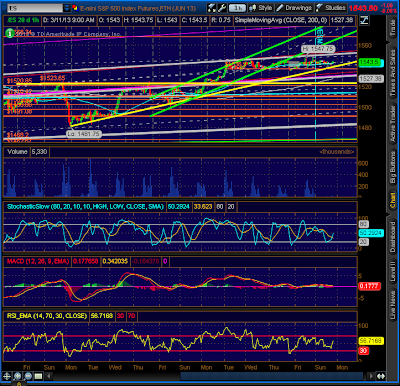 Minis 15m - and another mesmerizing look at last weeks stellar action - with a closer look at all the near term support and resistance points. 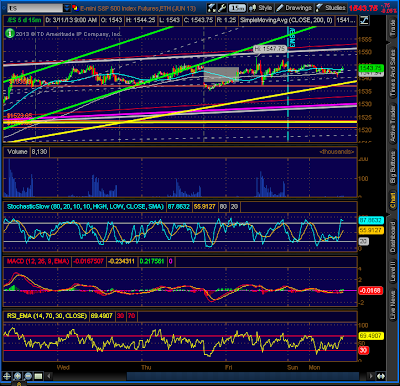 Gold - a quick look - channeling into lower major support near 39. 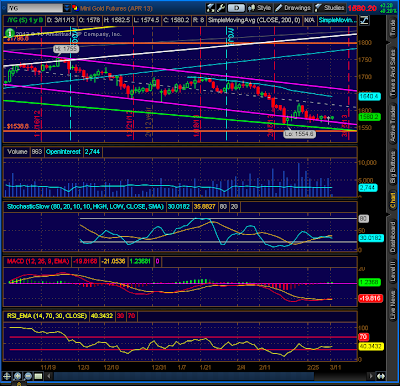 Silver - Channeling down and thru yellow major LT support diagonal and nearing the $28 level which is the last major support. 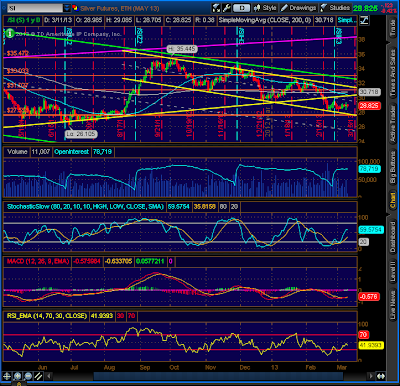 EUR/USD - I think the end is near for the EUR. Following a monthly reversal candle, price is now challenging the green MAJOR LT support diag here. The NT green channel has broken down. Best they can do here is force price up to the upper pink channel resistance, but that does not look good at this point. If the HnS pattern plays out you're looking at around an .80 target for this bad boy which will just about do it in I believe. Anything sub $120 and the party is over. 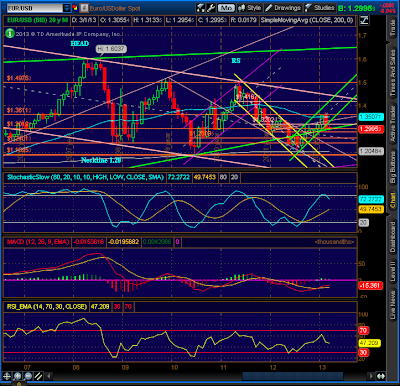