OK, STB is gonna take a slightly different route this morning. This is taking the rants to a new level. No matter what religion you are there is good and bad, so feel free to translate this into your belief. I think you will totally get where I am going with this. I do not do the religious thing often (bout once a year here, but it is often discussed in the comments), but I've been moved so here it goes.

If those greedy scum of the earth buttheads that think they are gonna get a death bed confession get out of hell free card can kiss my butt. You know who I am talking about, the elite crony capitalist central planning jerks in government, on Wall Street, in the TBTFs, in the treasury and ESPECIALLY in the Fed. These sum bitches are gonna get it when they are rejected at the pearly gates and they will deserve every eternal ounce of pain they are lining up to receive.

Where will they be for eternity? I like this image - "Bolgia 5: Corrupt politicians (barrators) are immersed in a lake of boiling pitch, which represents the sticky fingers and dark secrets of their corrupt deals" Inferno (Dante)  Or "Bolgia 8: Two further cantos are devoted to the fraudulent advisers or evil counsellors, who are concealed within individual flames. These are not people who gave false advice, but people who used their position to advise others to engage in fraud." 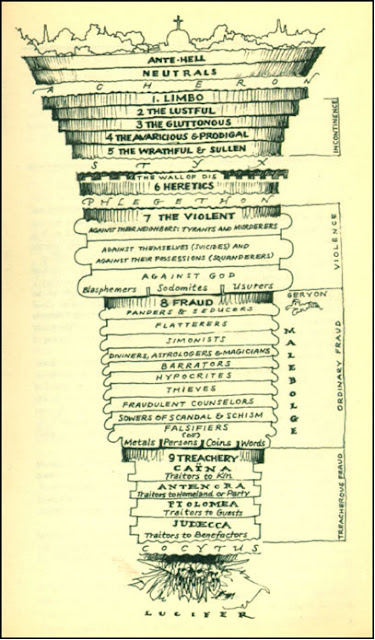 That's right, you folks are gonna burn in hell for all the lies and deceit. So they are atheist and don't believe, that makes it even worse but we'll address that another time.

Rot in hell, ha! That would be easy compared to whats going to happen to these suckers. As for one of then, the most divisive, dividing, lying, corrupt one of all, I hope that F'er (I have about 10 candidates for this post) gets chopped up into many pieces and they are scattered all over hell and that person feels the pain of all hell combined for eternity.

If you have no clue what or who I am referring to and why, you are in danger of winding up beside all these folk because of the sin of ignorance. 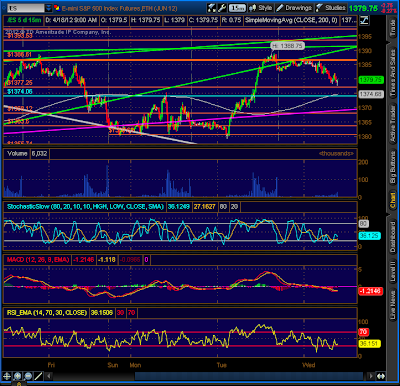 Before we get too excited about a downward move, remember this is opex week (SPY max pain 139), we still have earnings going on, the G20/7 meet this weekend, AAPL earnings  are next week and the FOMC meeting is next week as well. That is a bunch of stuff with major market moving potential. Twist does not end till June, so that leaves support under the market near term. I still contend if that pink support diag goes it will be the start of a major corrective.

With the Central Banks Favour Gold As IMF Warns of “Collapse of Euro” and “Full Blown Panic in Financial Markets” comes the Paulson TBTF type language coming full circle. We're about to hit the wall. As I have speculated, they have a year left max before we see terrible things and the world changes like we could never imagine.

The central planners went to the hop with power yesterday throwing down a monster Blake griffin power slam delivering that big daily candle and stopping a major slide in its tracks. Don't be fooled. I  believe this is part of a bull trap move. The STB BTFD chart may need to top out before this things reverses again. I do think the highs are in place.

Daily SPX - forming a possible right shoulder here and 1370 will be a key support level. 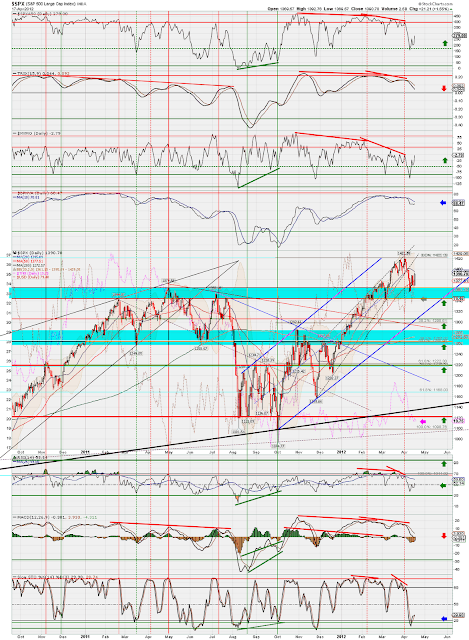 As usual all my specific stuff comes in the commentary below. Feel free to join in and share the love and knowledge that you have to give.

A big happy birthday wish goes out to LS2 who turns double digits today. My baby is now 10.