I thought I would do a quick post on gold since the charts are screaming at me.

OK - first I ma a HUGE believer in gold and that gold will eventually cross the $5000 barrier and more. I am also a believer that when the big crash happens and true capitulation occurs all asset classes sell off in a hurry. There will be no place to hide. At some point all the money turns and flows into physical gold and silver as total panic ensues. Then the explosion up occurs. Till then goldbugs may face some tough times. 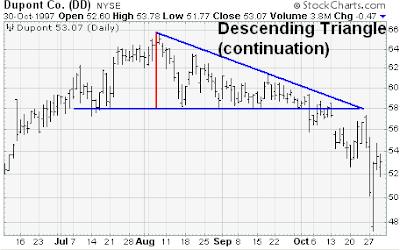 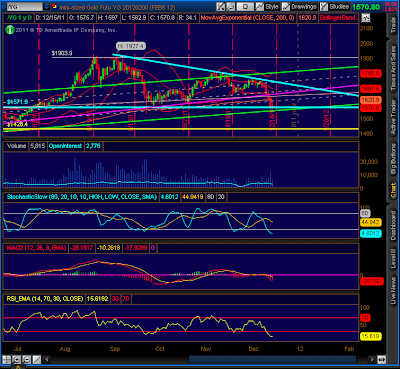 And the long term weekly chart - Where is the weekly 200ma? 1226? What was the target of that descending triangle? 1225. Not saying anything but when you start  looking for logical spots that one kind of jumps out at you. As I mentioned this morning the lower green channel diagonal has not been busted since it formed on 2008. Price is testing that today along with the long term 1571 support price. 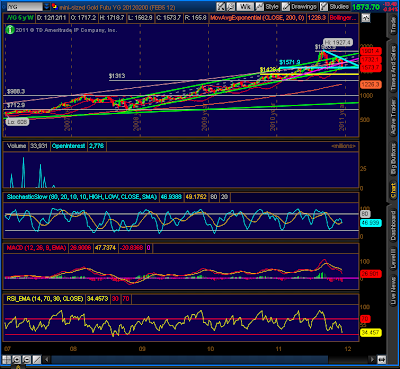 Right now it looks like they have more time in the triangle to hold out to the end of January max. This lines up nicely with what may be the next leg of the market turning down. After the backtest of busted support, 1571, look out below both here and in the major indexes.

A last caveat - I have seen these patterns break north, so there is no guarantee that the above will occur. It just looks like a really good textbook set up.
Posted by Shanky at 11:10 AM