Let's not mince words this morning and make this really simple - we're all fucked and if you don't know that and don't start preparing for the worst case scenario that's your fault. Quit listening to the lame stream media that wants you to buy into the hopium story. Good example - Liesman on CNBS this morning simply asking the question, "Do you believe the market will rise 30% on a Romney election?" Quit listening to the broker dealers and their advisers that count on you for generating fees to support their excessive undeserved salaries. It is all a bunch of shit.

Got that? You better. Tale it from the, "World Bank urges developing economies to “prepare for the worst” as it sees risk for European turmoil to turn into global financial crisis reminiscent of 2008". World Bank Cuts Economic Outlook, Says Europe Is In Recession, Warns Developing Economies To "Prepare For The Worst" | ZeroHedge. Did you read the AD last night? If not go back and read the opening section.

It is all about stimulus and how much money can be thrown at the problem. Folks, realize that we have been throwing money at this problem since 2008 and have done nothing to fix any of the issues. It is the banksters and Wall St. against you and me. The fraud and raping of the middle class wealth funneling everything to the financial institutions creating a new phenomena called debt serfdom. Quick note on the presidential candidates, Ron Paul is the only one that will stop this.

Let's do a full chart review like we did last week - 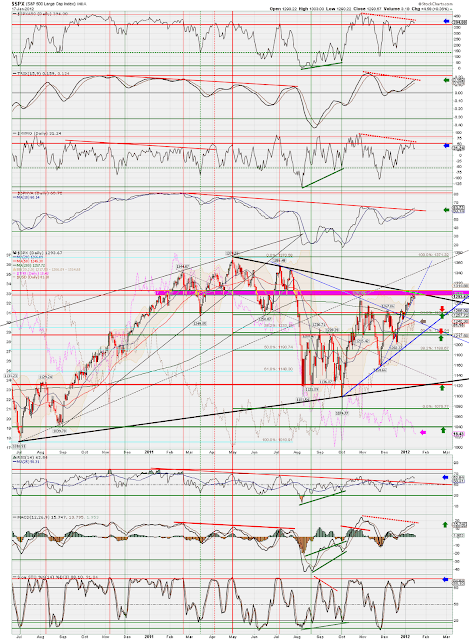 The FOMC Meeting Chart - Now they have the EU meeting on the 29th that may extend the target date on this chart by a day or two. Then they have the (next to fail cause they always do) EU summit on March 09. I'm sure you are tired of seeing this chart by now and probably have it memorized, but so far so good and I think I have proven my point.

CPC Chart - Has entered the possible overbought zone for this new bear market. 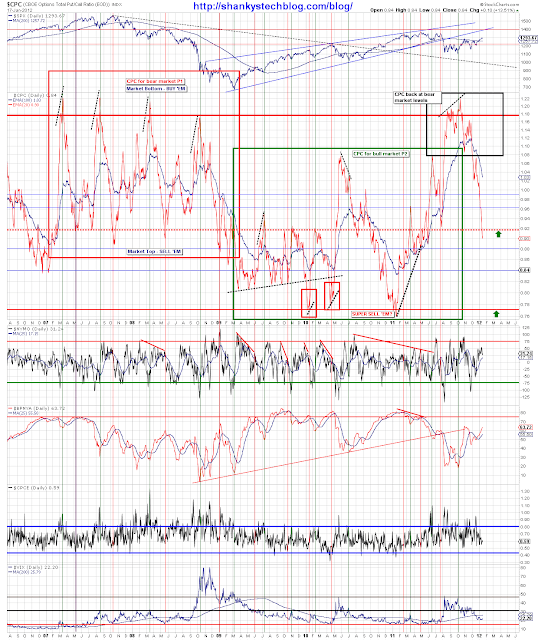 VIX Chart - OK, I know the VIX Shanky? Yes, the VIX is worthless and busted and not really worth showing, but at these levels and with the possible divergence to price (moving in the same direction) that usually precludes a turn - I'm showing it. 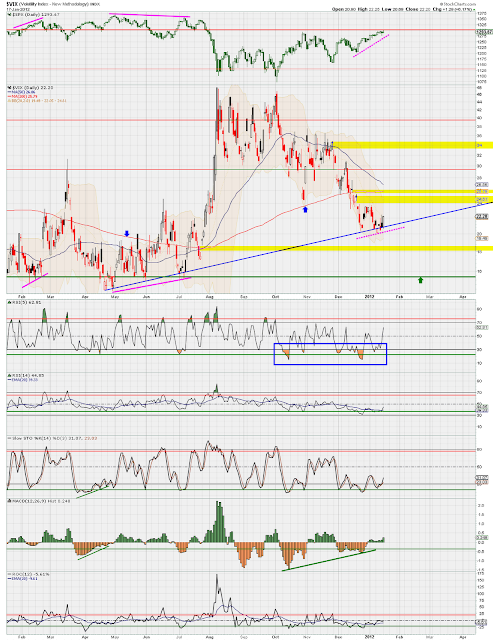 TNX Weekly - This is as bad as it gets with the TNX below '08 market panic levels (and market prices are where? Really?). The bond market knows and is always right.

Minis /es 30m - That yellow channel support that has been golden since the first of the year is really being tested. 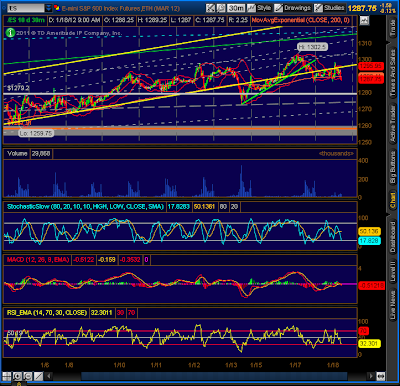 I'll keep preaching patience. We're close. Keep knawing on the bullet. I know it is painful, but the morphine (fall) will come soon.