Mini Rant (With A Chart)

Could it end near here? I'm tired of this manipulation crap and you are as well. This shit has to end at some point. Like I said before, they can't fix the problem casue the system will collapse if they do. The ultimate catch 22. It is that simple. So perpetual falsified growth occurs until the inevitable comes. I know that it is pointless for me to speculate that a reversal could even be considered because HFT front running profits can't go away, bots are controlling 70% of trading volume, carry trade, never ending stimulus and bailouts galore, blah, blah, blah...(funny how long it took to get the majority of you to realize this, but welcome to the team. Glad you are here!) As I have stated for over a year, the market is all they have left between "them" and anarchy. They must protect it at all cost.

Like I have said over and over for a long time it will take an "external event" out of their control for them to lose their grip. It began with a series of hurricanes and is now intensifying with multiple earthquakes, volcanoes, oil spills, massive tornado outbreaks, plane crash, faster and faster the signs are coming and all adding up to something massive. 2012? Everything is spinning out of control. It is all going so fast now not even the computers can keep up. Just like the market crash the other day, bigger and bigger problems are mounting and there will be one sooner or later we can not contain. Record Number Of Foodstamp Recipients And Near Record Low Volume - Market Melt Up Guaranteed Yeah, things are just friggin fantastic and getting better by the minute. BULLSHIT! try this US More Bankrupt Than Ever - $83 Billion April Deficit Is Record For The Month, $30 Billion Worse Than Expected As Tax Receipts Plunge. Consumer is back my ass. Thanks CNBS for all the truthful reporting (excuse me cheer leading) this past year. You and 90% of your analysts have been SPOT ON!

The bulls are losing ground despite what you hear on CNBS. The pumpmeisters are finally being seen for what they are, bonus grubbing phonies that don't give a flying shit about your well being. I'll say it again, if you are not invested they do not get paid. These bastards will keep you fully invested till the end no matter what happens to your assets. Their loyalty is to themselves and the firm, NOT TO YOU! Like FINRA or the SEC are gonna do a thing about it. Shuh, right (can you say Madoff?).

The lies from every end of the spectrum are beginning to overlap. They are becoming redundant (for the 1,000th time). Don't believe ONE WORD THEY SAY! Nothing! The system is busted and Bernanke rules the world. The Fed is out of control. Global debt is out of control. the synthetic and derivatives markets are the end all to the financial system as you know it.

Then you have bull like this coming from Czar Barry Sorrito Obama Swipes at Media, Says 'Information' Onslaught Pressuring 'Democracy'. The best information  (and only truth you will find) is on the net cause it is not controlled (yet). It is the wild west. It is Americans being Americans. Humans being human. They can't have that. Shanky, Denninger, Zero Hedge, Mish - OUT OF ORDER! Telling the truth or being skeptical is not allowed any more. Yeah, and the Tea Party is a bunch of really bad people. Maybe to those in friggin power they are bad, but not to you and me. What a friggin crappy, sold out, POS world this has become all in the name of greed perpetuated by government and the banksters. I'll enjoy blogging and my constitutional rights as long as they let me which may not be to long.

Thanks for letting me get that out. You may get some more later on.

If there is a point and if there is anything reliable left in the busted ass charts this may be a point of interest. Not gonna waste my time typing anything about the chart other than if that yellow line goes near 1142 it should be all over. LOL, don't forget that possible inverted H&S on the SPX I posted yesterday. I reworked the neckline and it look even better! ROFLMAO wouldn't that one be funny as hell if it played out? GL out there.You need it. 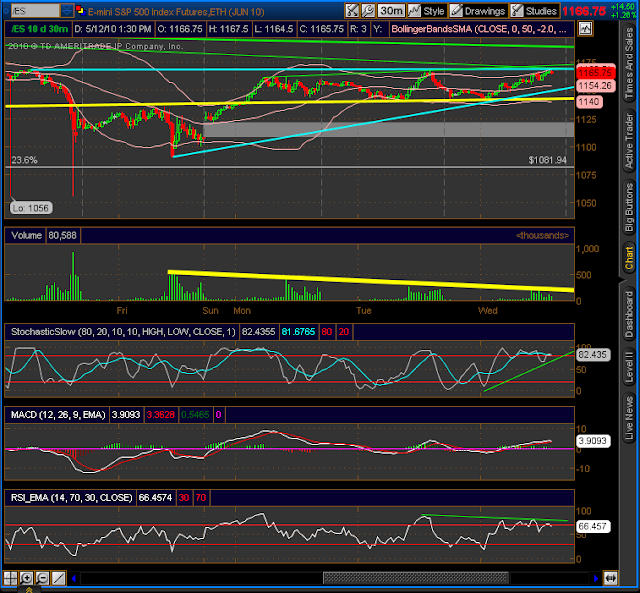 Here is one chart that will not lie - That's 5 days, and they are running out of physical I'm hearing. 0% line marks old high.That would be a breakout and the line becomes support. 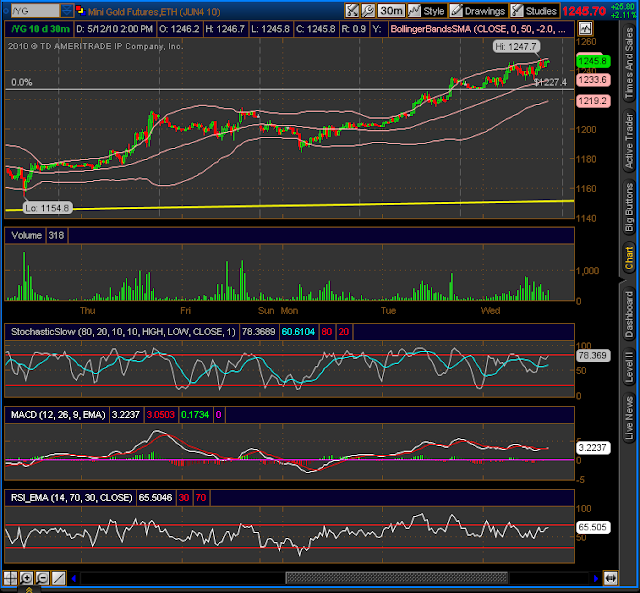