This knida says it all "We are a bit surprised by the enthusiasm given the lack of detail and lack of surprise. We are also wondering how seriously investors will take the EFSF guarantees (which only apply in the event of a default), given that the banks were strongly encouraged to declare the current restructuring voluntary. Investors may fear that the EFSF - guaranteeing - governments will similarly contrive to avoid paying out on their first-loss guarantees." "Springtime For The Euro, Then Reality" - Citi Summarizes What Happened In Europe, And What Are The Next Steps | ZeroHedge

Follow that with Albert Edwards: "The Eurozone Crisis Will Get Much, Much Worse" And "The ECB Will Print" | ZeroHedge

For where a portion of the true fraud risk lies see Barclays Explains Why A 50% Greek Haircut "Would Be Considered A Credit Event, Consequently Triggering CDS Contracts" and this Farce Is Complete As ISDA Finds 50% "Haircut" Is Not A Credit Event | ZeroHedge. "Willem Buiter, "Failure to trigger Greek sovereign CDS when economic logic indicates this ought to occur would likely be detrimental to financial stability.""

How can you be out of the woods but still lost in the woods at the same time? Simple, when you have fallen down the rabbit hole and are tripping your ass off anything can appear to be real. As long as we remain under the influence of the hopium and inside the rabbit hole (another sugar cube please) all will be well. It is when we emerge that we find that we're even deeper in the forest of debt than we thought.

Up next, the US DC vote from the super congress. These discussions may get uglier than Oakland this week. At 99% debt/GDP (which coincidentally says our economy is doomed for a minimum of 10 years - which does not take into account all the other debt - which does not take into consideration the EU's issues nor the employment issues nor the (fill in the blank) _____ ) and in dire need of another multiple trillions of funding all I have to say is good luck.

Sell the news? Is the honeymoon over? I think so. Now the news is out and the markets have had this record run. Now is time to realize that the euphoria over all this was just that. Now their cards are on the table and as we analyze their hand and the weaknesses are exposed, the markets will make the necessary adjustments.

SPX 60m - Here is the wedge. After tagging the 200dma this morning the markets should have had enough (at least for a little while). 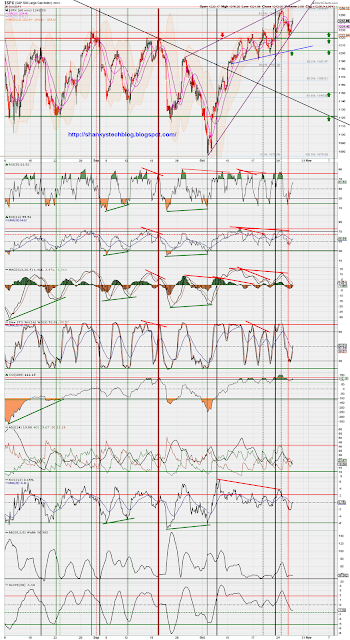 30m Comparison chart - See all those upper diagonals? I like the reversion to the 30m 200ma. 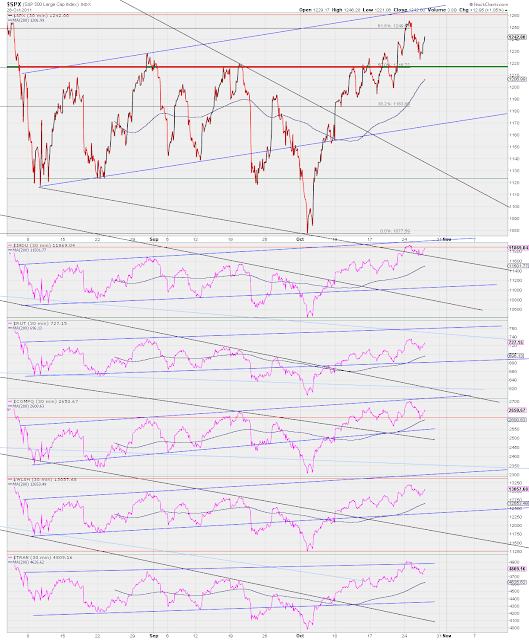 Minis- /es Daily - See the red box. If this upper yellow channel diagonal does not hold here you gotta look to 1330 area. Minis 200dma is now support at 1231. 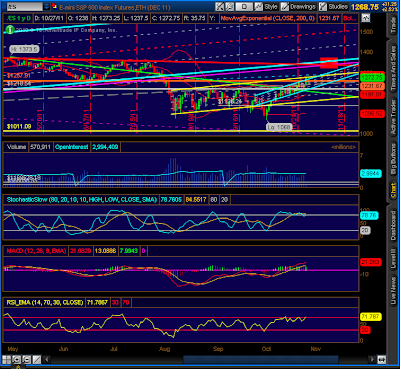 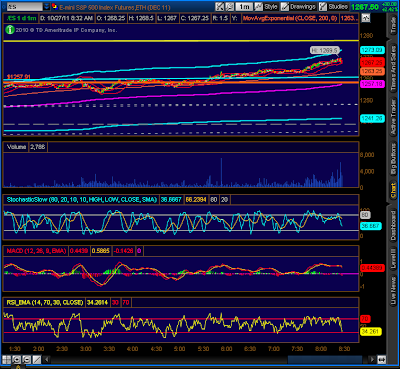