OK, so the jobs number was a hit! Fantastic, at this pace and if you add Barry's jobs bill we'll be back at normal employment levels sometime around 2025 or so. U6: September NFP Prints At 103,000, Beats Consensus, Even As U-6 Comes At Highest Since December 2010, Manufacturing Jobs Lost | ZeroHedge. "And, oh yes, real unemployment, U6, printed up from 16.2% to 16.5%, the highest since December 2010." Add to that, "The increase in employment partially reflected the return to payrolls of about 45,000 telecommunications workers who had been on strike in August." You do the math on how that number skewed the report that sent the futures rallying 16 points.

As I have been saying for years now - Konichiwa bitchez! "The Japanification theme continues with five charts offering too-correlated-to-be-ignored perspectives on equities, money supply/velocity, valuations/multiples, and demographics." Some Sobering Charts | ZeroHedge

Earnings kick off Tuesday with AA. Should be very interesting week. Maybe the bulls are getting what they can ahead of some potential impending disaster?

Index Comparison Daily - Same chart I showed last night. If the pink cycle lines are right the next to will be in February. I'm still not convinced a bottom here is set although that thought looks rather fleeting with the markets moving against the news with conviction. 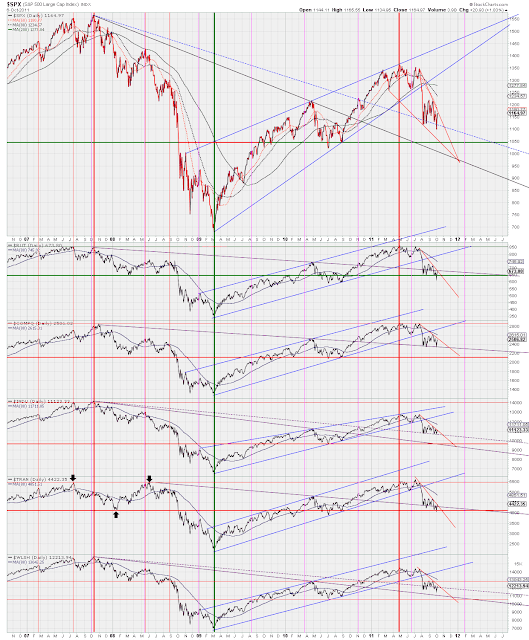 30m Index Comparison - You all know I like the 30m 200ma as a resistance point. Ass to that all the diagonal resistance you see in this chart. Price should at least slow down at this point one would think. This is a good drill down of the recent action from the chart above. 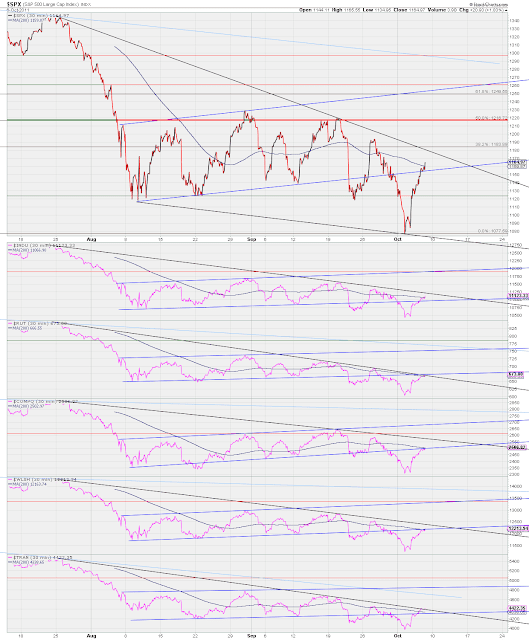 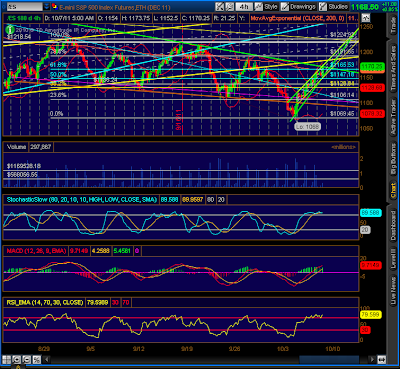 Minis 1m with VWAP - The stage was reset to say the least with the jobs pop, but it ran into upper diagonal resistance and backed off pretty hard. 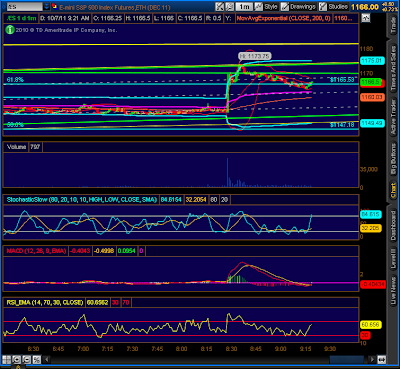 As you may have heard, I'll be working a half day today and am headed on vacation. The long time followers know this is usually a good time to get short based on past performance. I'll be gone this afternoon, but always travel with computer, so weekend post and Monday will not be any different.

Everyone enjoy their weekend.