OK - Let's go over this one last time for you Modern Economics 101 students - Greece can't afford jack shit and are so in debt they can't pay back what they owe. How do you solve this problem? You simply give them more money. Got it? You may be tested on this later, so I wanted to make sure you understood this.

Today you simply keep pumping money into the system to keep it alive. Fix the issue? Fuck no! That would be to friggin hard and cost to many politicians their jobs.  You do what you can to keep it alive for as long as possible and when it finally implodes you blame it on someone else and say that no one could have seen the problems coming.

You do realize that greeting Greece out of trouble this time will only keep them alive for another month or two. Rinse/repeat. At some point the repeat part of that statement will not occur.

Greece is a massive distraction right now from the larger sovereign crisis. 10/23 is coming fast. This weekend should be interesting to say the least. Wait! Now talk of postponing the summit! Brilliant! The postponement of the 10/23 resolution is not surprising. What it may set up is a shot at a pullback to only then rally to a double top and a sell the news event.

Gadaffi dead? Not sure bout that. We can pretty much confirm Sadam is dead. OBL, is dead (how he died can be up for debate). So, maybe for my next poll question I'll ask which MENA leader will be eliminated next. They seem to want to clear the slate don't they.

Jobs topped 400k again - gotta love the new normal that everyone is now comfortable with.

Note on NOK's beat - Cramer just made a great point which unintentionally highlighted part of the wall st fraud game. He said that 8 firms downgraded NOK last quarter. What did that do for the earnings hurdle? What did all the QE do for NOK after that last downgrade? It supported price. So, they lowered estimates in a QE supported environment making the beat.....a piece of cake. I try to point this out periodically. You have to watch for crap like this. they are all in it together rigging the system .

Let's look at something different this morning - 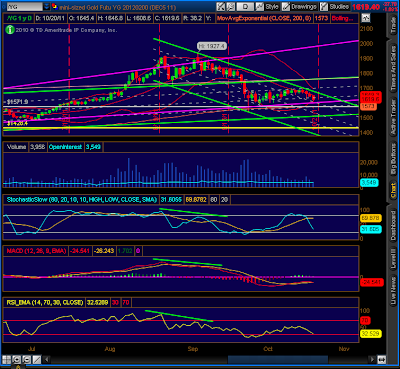 Oil - Not really sure about oil. The Gadaffi news and the presumption Libya will be back on line fast combined with high inventories yesterday and a slight global economic problem, I struggle to see this perceived breakout gaining any traction. As always, remember, $85 is the magic number. 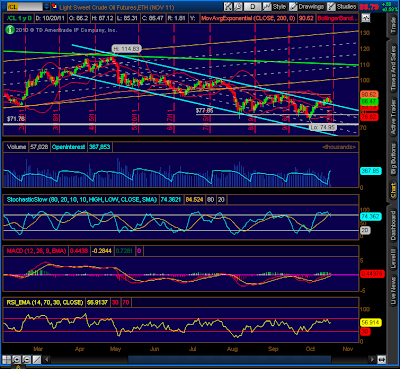 Dollar - Flight to fiat? Let's see if the dollar settles into a new range here. 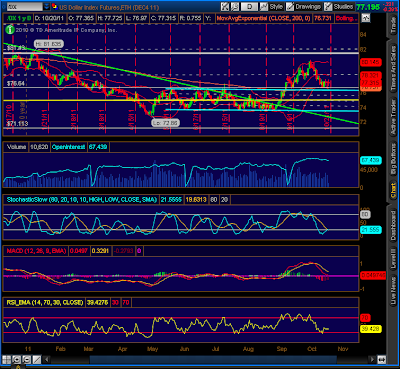 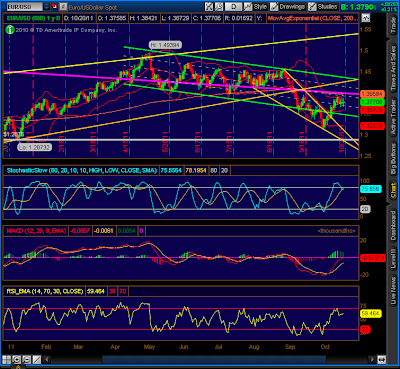 AUD/JPY - Who the hell knows - just follow the intervention. 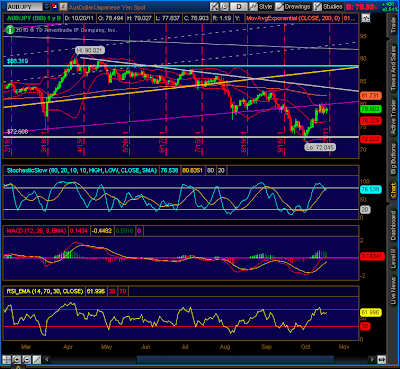 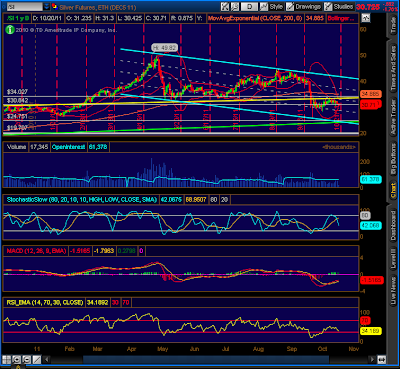 Daily SPX - Look like it can top now at mega resistance. 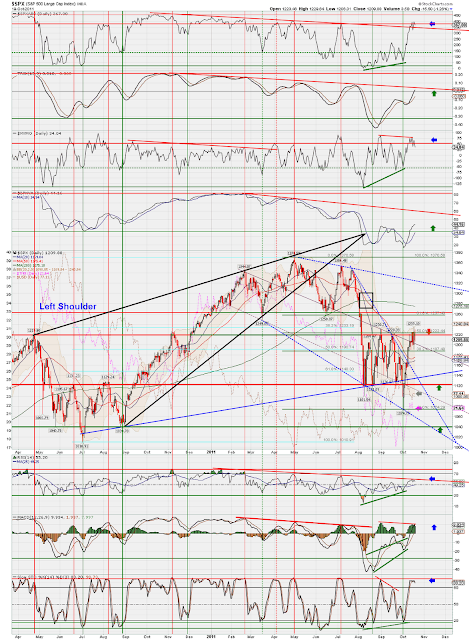 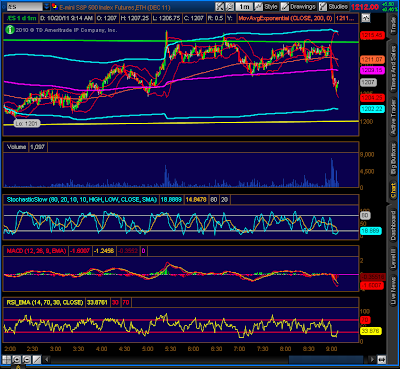