Let's not spend a lot of time today focusing on the unadulterated manipulation of the financial markets, the criminality that encompasses that same system and governments around the globe or the war monger's increasing beat of their drum.

The charts are starting to point to another major move again.

Copper - This head and shoulders (bearish formation) is unmistakable. 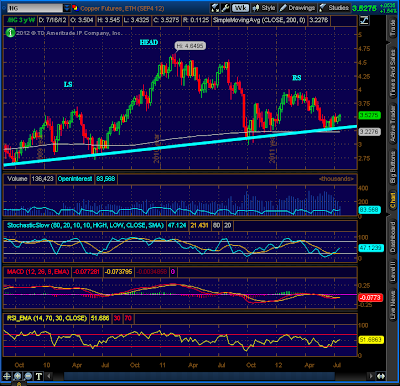 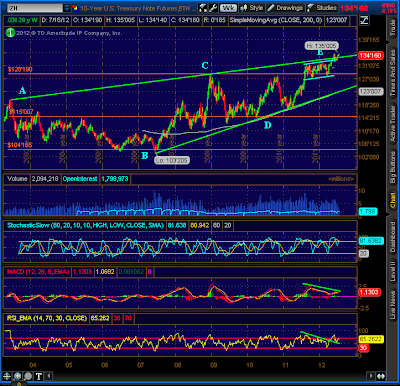 Silver - The falling channel or possible descending triangle with price sitting on long term diagonal (yellow) and $27.50 support is not promising. 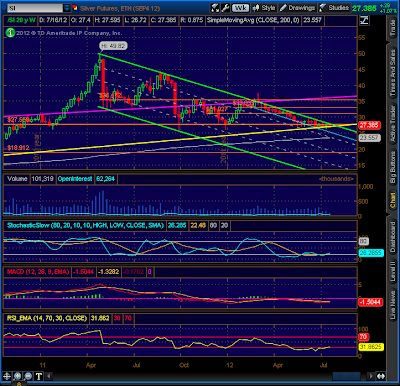 Gold - is in the same situation as silver channeling down (green), but it has already taken out long term support (yellow) while it holds the $1547 level. 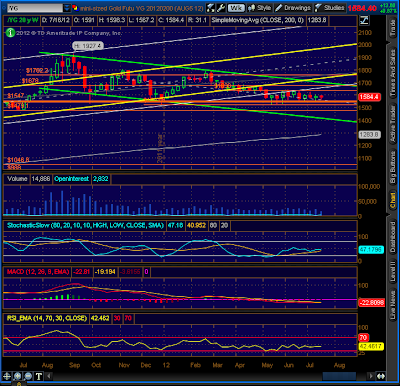 EUR/USD - The chart needs its own post (which it will get soon). After breaking key long term support (green) price has risen and backtested that point and now looks to be headed to the deathly hallows. The large pink channel has dominated the highs and lows since 2007. 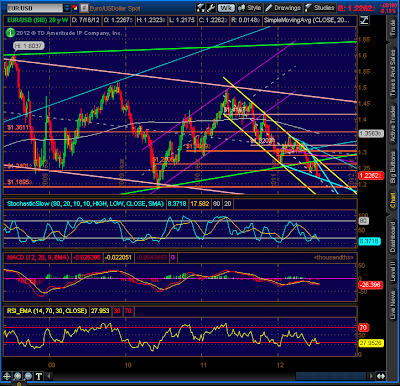 Dollar - After tumbling from the $121 highs of 2001 the dollar tumbled to run within a multi-year wedge (green) around $81. Nothing like having your net worth crushed by a depression and having the dollar depreciated by 33% at the same time. There was a time when a rising dollar was bad for stocks. Not since last August though. Look for $87 green upper wedge resistance as the max for this run. 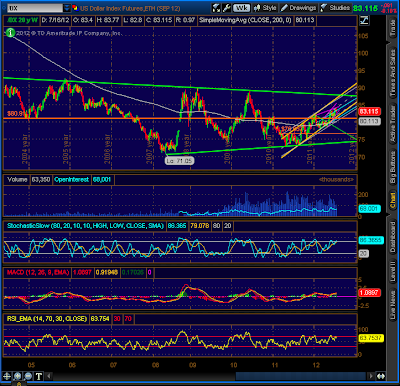 Two Sunday's ago I mentioned my confusion with the charts position. There were things saying crash and things saying not ready yet. When I get confused or start seeing mixed signals, that is not good (for you or me). For several months now I have been on the consolidation bandwagon which has worked well. We've extended the upper range of that consolidation area a bit more than I wanted, (1341) but have not exceeded my upper target of 1374 (area).

My upper target for this run all along has been 1374 and here we sit at that point again making a nasty double top inside a bearish rising wedge all while challenging the upper (pink) resistance diagonal off the 419 top. This would be a sensational turning point. 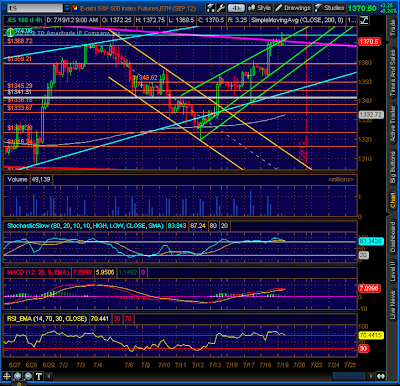 Some confusion still exists in the daily chart. A few things have not topped out that I would like to see at higher levels. The charts look more "turny" than they did a few weeks ago. The one chart I will note that is the most dire and is screaming turn is my BTFD/STFR chart. This one is nasty folks. It called the last top at this level nicely and the set up looks far worse on this return trip to the 74 level. 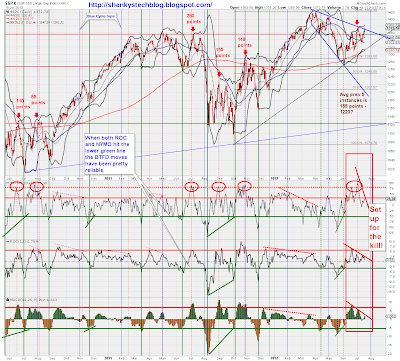 I think were on the verge of a major turn, but it will take a catalyst to rip control from the manipulators. Maybe it is time for my "event" Maybe Syria or something in the EU (Spain) is about to bust for good.