Last August I warned of unprecedented intervention and we got it. This summer I think the theme needs to be a warning centered around unprecedented lying. This obviously is the last stage of denial and leads to an end game scenario.

When you are out of money and you can't get any more you need to think fast on your feet. You want creditors off your back and to keep that illusion alive that you are Billy Bad Ass, the richest kid on the block. You'll do anything to keep the illusion alive and the crowd cheering you on. That's the state of the Fed and our financial system.

They may still be driving a Maserati and living in a big mansion, but don't look inside if you don't want to know the truth. They are dead ass, I'm talking worse than Ramen noodles dog food broke, and here comes line after line of shit so thick to cover it that Mt. Everest may even go under.

Lies, that's all they got left. Yeah, yeah, that's the ticket! Sadly the sheeple will go along blindly with anything they say. Even after all we've been through, all the corruption that has been exposed, all the printing, all the BLS BS the sheeple will still follow cause they are too afraid to challenge or leave the system. the Fed knows that when they get to the cliff the will jump and the lemmings will follow without questioning anything (if we've not taken that leap already).

Oh, don't forget the war for distraction policy as well. Syria, yeah, they have that fuse ready to light at a moment's notice.

Well, they are fighting back. Do you believe a word they say? The MSM after the AP glitch is right back under mama's wing and promoting that good times are back.


SPX Daily - No change from yesterday. They took it to the pink backtest and the stick save commenced. I'd like to see the SPXA50 (top indicator) hit 100 before we see a reversal. That is not necessary, but with the NYMO the only one with a positive divergence happening here there could be a little drift south left. I'll be looking for that and the first MACD histogram rise for signs a BTFD turn is in. 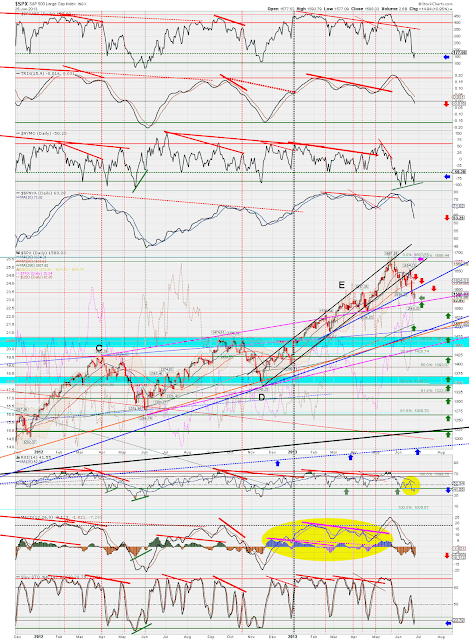 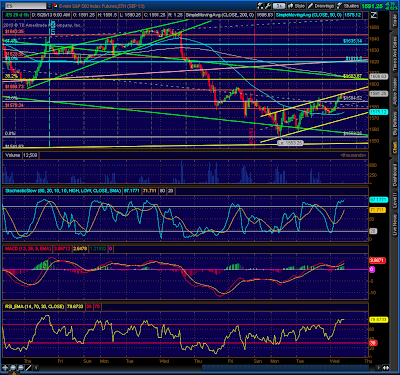 Minis 15m - Two options here, a rising yellow channel or a rising green wedge. Either way that 95 to 97 resistance area is now in play with two resistance diagonals in the way as well. Pretty big moment for bully here. It's kind of a big deal. 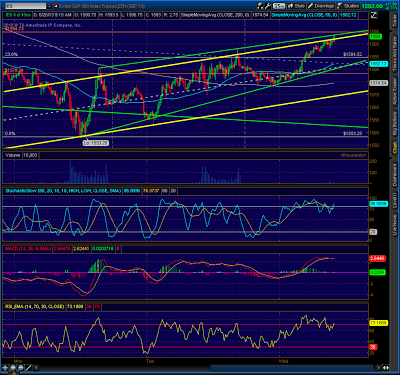 So after the second in a row overnight PPT bash party trashing the bears pad once again for another double digit BS move let's see what they can muster this morning with all this resistance just above. I'm not so sure they can take it much higher with the taper and now interest rate hike talk. They have done one heck of a job thus far managing the fall. I think they know they have tested the waters and am pretty sure they did not like what they saw.

Gold's next support is 1186. How they are pulling this one off is beyond me.