All is quiet on the Western and Eastern fronts this morning. Markets appear to have stabilized for the moment with the E-minis stopping at and holding the 1432 level for the most part. The Potter cronies at the PPT with the HFT algo bots did their job and halted yet another slide (as has come to be expected) in spite of recent economic data that would deem the markets do much otherwise.

So here we sit, yet again, waiting on the EU to pull something out of their ass pocket book to stave off yet another round of bank runs and riots. Good luck! This trick appears to have lost its luster and the people of Span and Greece are letting their displeasure be known. Good for them I wish we had that same spirit here in the US.

I'm still struggling with the top call and believe I may have missed it this time. Briefly, as your market Sherpa, the emotional turmoil I have gone thru with this specific top has been miserable. The past tops were so clear and telegraphed. This time with Twist and QE3 rumors and then QE3 coming at these elevated levels top calling has become almost futile.

This time the Fed has gone all the way confirming their willingness to commit financial suicide to save their precious banking system. We've truly entered an unthinkable time period where desperation to save a failing system is overriding all rational thought. A period where the elite are willing to sacrifice everything, even this country, to hold and build their wealth. A Godless period where greed has taken over and power and control are the ultimate goals.

I have not called a top since May of last year which was followed by the June crash call that worked out so well. How do I challenge a totally corrupt system that devours every short bet placed with impunity and egregious disdain? How can you call a top when knowing that the markets must remain elevated going into the election so the most corrupt president ever can maintain power. How can you challenge a well oiled machine that controls all liquidity and a vast majority of the trading?

As stated, I've grown to know that getting the top right may be really cool, but getting the trade right is even more important. Follow the Fed, scalp and run long or short, these are the things I have said over and over and over for the past year. All I can do is patiently wait for a catalyst which will lead to my exogenous or "external event" that will bring an end to all of this mess.

Daily SPX - Get used to this chart, it is the best out there with the clearest explanation of where we are now. Price has overthrown the final wedge in a multi year cycle. There will be no more rising wedges or ramps after this. Price above 1374 is in no man's land. there is not enough oxygen up here for anything to survive and price will revert. We just have to wait out team manipulation and hope they make a mistake sooner than later. 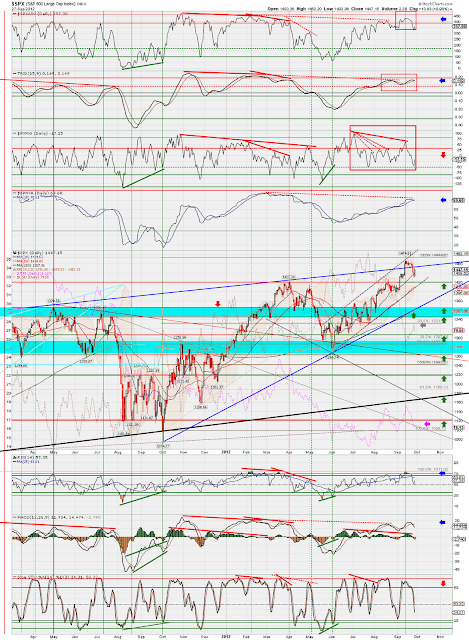 Minis  5m - Price continues to hold the 142 level and the yellow diagonal support. This is a key area and I think it will give way sooner than later and 1400 will be the next stopping point. 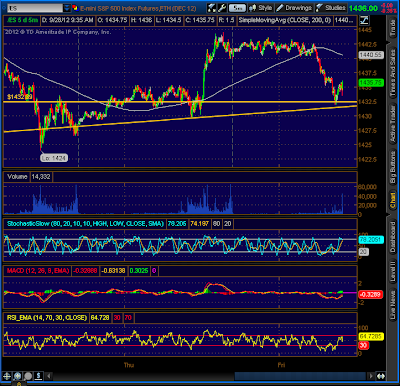