Ragin at the machine can get old and tends to wear on you after time (both reading and writing). The emotional swings one goes thru watching your country, future and everything around you permanently relying on intervention to save the day all the while waiting while knowing total implosion is one default away. Remarkable times we live in. Have no fear, STB will won't stop ragin till ACTA or SOPA pull the plug (that is here at least).

The crony capitalist system is in full control, printing when they need it, controlling the government to remove what little roadblock regulations (Dodd/Frank a tragic waste of time) are remaining and the MSM to sell whatever angle needs to be transmitted to the sheeple.

Here is the full control example - For those of you that don't quite "get it", lets start with this video explaining the dire circumstanced that lie behind the Greek /default/bail out deal. Jim does a fantastic job explaining why the system can't fail till it does. Breaking News Ellis Martin Report with Jim Sinclair - YouTube (h/t lurker Susan)

Want a wonderful example of total control? Try this on for size, " This may be about to change, because as the just released letter from the Treasury Borrowing Advisory Committee, or as we affectionately called the JPMorgan/ Goldman Sachs Chaired committee, the "Supercommittee That Runs America", simply because it alone makes up Tim Geithner's mind on what America needs to do funding wise, demand, "It was broadly agreed that flooring interest rates at zero, or capping issuance proceeds at par, was prohibiting proper market function. The Committee unanimously recommended that the Treasury Department allow for negative yield auction results as soon as logistically practical." "Supercommittee That Runs America" Urges End To The "Zero Bound", Demands Issuance Of Negative Yield Bonds | ZeroHedge

Here is the MSM spin, never mind the debt ceiling over $16T, the debt/GDP over 100%, jobs, housing - insert whatever your favorite stat here _____ . The MSM spin is that this is just fine and you should bend over and like it, "Doing so would allow the U.S. government to benefit from something that is already occurring on the secondary market, where investors have accepted negative yields in recent months to protect their cash from financial strains." You can't make this stuff up.  Treasury May Let Investors Pay to Lend to US  - US Business News - CNBC. Did you get that? Instead of getting paid to let them borrow your money you will now be paying them!

After listening to the EM Report video above, you are now primed to understand the Greek drama that happened today (or what appears to be drama that really isn't as we all know they will remain "liquid" enough to avoid "default" - whatever definition they come up with). Mish's Global Economic Trend Analysis: Greece Prime Minister Calls "Crisis Meeting" Attacks EU, IMF; Does Germany Want a Deal?  gives you the "what they want you to hear" part. "Hours" Downgraded To "Days" - Greek Deal No Longer "Any Hour Now" | ZeroHedge gives you the (yet another) inevitable delay that we all knew was coming.

And the markets could care less that S&P Warns of Cuts; Another US Downgrade Coming? - Business News - CNBC

He can't just come out and say it being the largest fund manager on the planet, but this will do - Bill Gross Explains Why "We Are Witnessing The Death Of Abundance" And Why Gold Is Becoming The Default "Store Of Value" | ZeroHedge. To me that is a massive hint, hint wink, wink from the bond king.

Oh, did you hear? "California will run out of cash by early March if the state does not take swift action to find $3.3 billion through payment delays and borrowing, according to a letter state Controller John Chiang sent to state lawmakers today." Capitol Alert: Controller: State to run out of cash in March without action

Why aren't we topping - I know - I hear ya - I get it - but my answer remains the same  - The Fed! Did you not read any of the above or watch the video? For those that still don't get it, you MUST come to the realization that the markets are rigged and they will go where the Fed and the team of crony capitalist puppet masters want them to. I am at peace with this. I fully understand your frustration. Have no fear, technicals (not fundamentals) will mark the top. We must remain patient and let the top come to us. You can not make it happen. 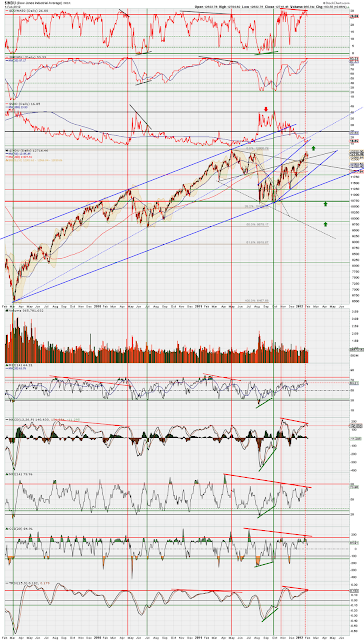 This is a ringing endorsement for the home team! "I'm Bill Gross And I Endorse Ron Paul For President" | ZeroHedge

Read this - I believe it 100% - Gallup state numbers predict huge Obama loss | Campaign 2012 | Washington Examiner. the dude has done nothing but worsen every situation and divide the country - he's got to go now.

False Flag - two words you need to know. They basically mean we do something to start the war (like blow up one of our ships) and blame it on them. Sounds far fetched? Not really, we've done it before (Gulf of Tonkin and others) and may not be far from doing it again. Listen to this chilling quote, “…it would be far more preferable if the United States could cite an Iranian provocation as justification for the airstrikes before launching them. Clearly, the more outrageous, the more deadly, and the more unprovoked the Iranian action, the better off the United States would be. » US Intel Director Prepares Public for False Flag Event Alex Jones' Infowars

I think this is complete bullshit and is directly linked with the false flag post above. "In congressional testimony Tuesday, U.S. intelligence officials indicated that Iran has crossed a threshold in its adversarial relationship with the United States. While Iran has long been linked to attacks on American targets overseas, U.S. officials said they see troubling significance in Tehran’s alleged role in a plot to assassinate the Saudi ambassador in Washington last year." Iran, perceiving threat from West, willing to attack on U.S. soil, U.S. intelligence report finds - The Washington Post. Where else would it be easier manufacture an event that galvanizes the sentiment (9/11) of the sheeple so we can invade Iran? They want no part of hitting us here or a war for that matter. Our government and president (for reelection purposes) need a war. Coming to you this June, just in time to help Obummer and to distract from a Greek default - Operation Sandbag on Iran.

This is a classic,  president Hussein will not be pleased - HURT: 'Islamist Firster' president not what he claimed - Washington Times


On a sad note - Those LT follower of STB know that on Fridays and other times we start DJing some tunes and I love to pull out the Soul Train classics - STB is sad to hear that 'Soul Train' creator Don Cornelius dead in apparent suicide - latimes.com