Nice 10pt spike in the minis in one minute. Let's see what it does from here. The dollar spiked as well. Gold tried to spike with them for some strange reason, but has since given back all of it's move. Oil futures spikes 1.25 on the news as should be expected. The 10yr treasury tanked. Is this the beginning of the dislocation of the markets from the dollar trade?

I am VERY PLEASED that CNBS is warning that this is "only one month" and that they have not begun parading in Times Square. That is quite a change from what you would have heard from the GE days. I'll speculate that December will be OK as well on the jobs front and January or February will be the next month that ques reality. 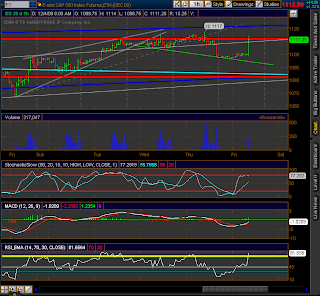 E-mini 60m - You can see the spike making up all the ground lost late yesterday. The divergences to price on the dailys are still impressive and the weeklys remain overbought. the weekly RSI challenging and cracking above its RSI divergence line should bother the bears. It can cross it and set a higher high and still maintain the divergence, but not by much. 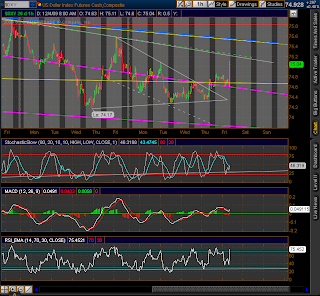 DXY 60m - I'm not sure what to make of this chart (maybe Johnny from Airplane should help me - a Brrroach?) Looks like a bottoming process with divergences on the weeklys that should cause the turn. Let's pay attention to the dislocation from here as this may allow the dollar to strengthen with the market. What would that do? Allow them some room for a weakening dollar to support the market if trouble were to come on down the road. 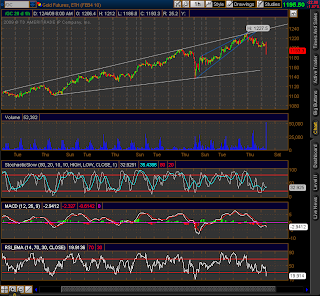 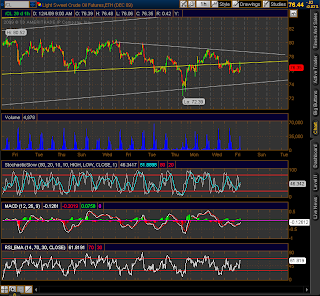 After the tough retail numbers this past week, and given the tremendous financial issues I would caution you not to get caught up in this "good news". Sure, the markets can keep climbing, but reality will have to set in sooner or later. I have cautioned about and been scoffed at for even mentioning SPX 1210 targets. I have constantly warned that the manipulators are in charge of the markets and that it will take something "external" out of their control to rip the market away from "them".

Remember this cycle chart from the last opex? 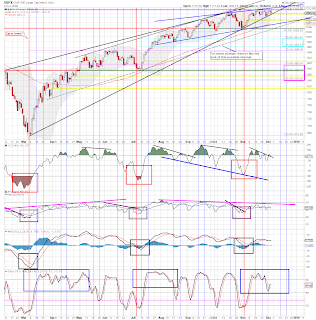 Let's be patient and keep putting the pieces together. I'll update everything this weekend. take a peek at ENER and FSLR and WFR.