Taper ON? LOL. They are trolling us again. Sure they have to, but they can't. They have installed the queen of easing to do their bidding. They are setting us up for a possible false flag crash that will generate enough fear to where they can round up another batch of shorts to slaughter and set up and increase in QE. They are running out of sellers and need to create a new batch.

If this is not the top (which I'm seriously mentally masturbating over right now) there is a chance they tank it to the 1630 area. Deep enough for real fear in the markets. Then they go completely irrational on easing. I really don't like that scenario all that much cause I firmly believe that if they let the 1750 area go it is all over. Alas tops are made of very volatile moves and gyrations of momo and mood. Remember the run up after the LEH incident? The bulltards are completely crazy and will gorge themselves to death. I believe they're so fat now they can't get out of bed.

Minis 30m - Yesterday STB spoke about the rolling out of the end of the green rising wedge, red support. 30m minis death cross and 1794. We take things step by step. No carts ahead of horses quite yet. 1784 is the next obvious point of support. This would be the backtest of the long term market resistance diagonal that is being overthrown at this time. This is a must technically before anything can happen to the upside for bully. I personally believe the honest potential for a real top occurred yesterday. 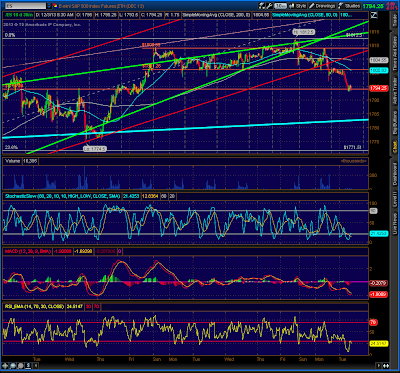 Let's go deep technical on gold! Well, there is not much there as with any collapse (manipulated or not), form can be fleeting. With gold here we have a potential falling green channel of a falling wedge finding support near the 38% retracement off the 2001 low. The $1,000 plateau is in sight, and if they can get it below there they will. They will declare gold dead, but it won't be. Who started to buy heavily in gold, as in big time in 2009 at the $950 to $1,500 levels? Russia and China that's who. They can't suppress it much more. Just ask the good folks in India right now about buying gold. Pay attention to what gold is selling on the street for not in a manipulated market.

What I have to say about gold is really simple, other than just buy physical, it is the most manipulated element on the planet. Every once here was created in space so there is a limited supply. Governments across the globe are doing everything they can to suppress the price and accumulate as much as they can. It's a 100% sham. When Gold Drops Below Cash Cost, Approaches Marginal Production Costs you have serious issues. Just diversify into physical (gold or silver). Pay cash so they can not trace your purchases. Get your money out of dollars and into alternative real assets.

Monthly - Once the rising channel broke support and it backtested it was all over. Now price has pulled back to the 38% retracement and appears to be trying a dead cat bounce here. 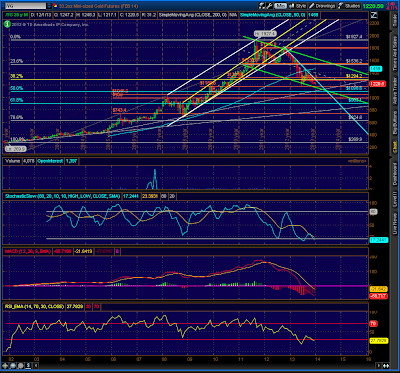 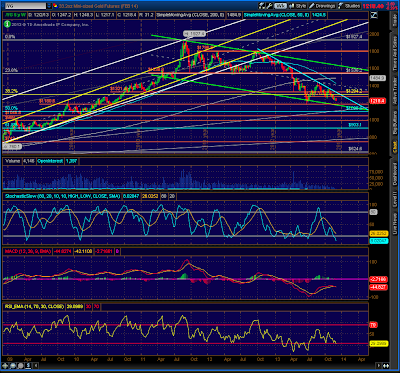 Daily - Watch that $1,180 level closely. Might just be a really good buying point there, if not right here. 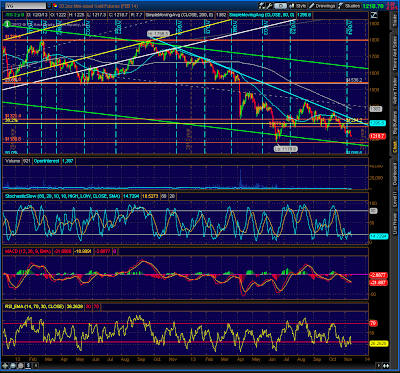