I'm running late and there is really nothing to say that I have not beat to death already over the past five years, so let's give it a rest today. That said, I'll reiterate my "it's all too quiet right now" theme from yesterday. Don't be fooled.

Minis 60m - STB point ahead? 1900 on 4/29? See top right where yellow, red, green and pink diagonals meet? This has exceptional potential to be an STB point. They took out 1866 yesterday and the STB bull/bear line has failed. There is a chance the minis backtest busted blue channel resistance or 1866 before heading higher, but right now, it looks like higher is in their plans. There is another, call it bi-polar, STB point possibility for you die hard bears out there. The intersection of STB red diagonal of death and 1844 s/r on the 29th as well. 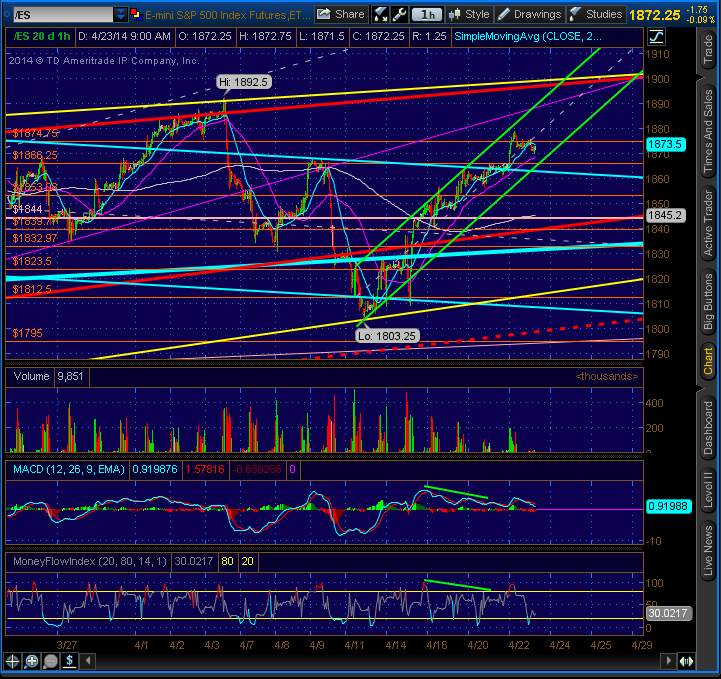