Greece and Italy finally come back into the picture. The EU has laid dormant for some time now since the Cypriserf incident where the bail-in template was finally revealed. Now we see the IMF stepping up to the plate doling out billions again, more bail-ins and the liquidity issues of the banks becoming more prevalent (as they should be). I guess now that Merkel has retained power, whatever problems that had been put on the back burner now need tending to.

Greece is very interesting. STB has proven for years that the math here will never work out, as a country with the GDP of Alabama can and never will be able to pay back the hundreds of billions it has needed to keep it alive and part of the Euro system. STB has also noted the the money never really stayed in Greece, very similar to AIG during our crisis, as it was merely used as a conduit to disguise the flow of funds to save the EU.

The development in Greece last night is significant. Greece On The Verge? Military Special Forces Have 15 Demands... Or Else could possibly disrupt the elite's cash flow mechanism to the rest of the EU. This would not be good if another player wants to come in and take a cut. This is expensive enough as it is. Could the US military get involved here? Are they or the CIA already involved? Why is this ancient chunk of rock so meaningful?

Futures Fall On Government Shutdown Uncertainty does not bother me much. We've been thru this for three years now. To think they will do anything to jeopardize anything before an election is ignorant. O care is much more of a worry. Heck the biggest issue is our dysfunctional government that more resembles a kindergarten class than responsible leaders.

Minis 4hr - yellow channel support being challenged as 1687 support might be failing as the HnS might actually be about to fail. All of this targets critical red support at 1646. I may regret not calling a top at that STB point back at 1729. 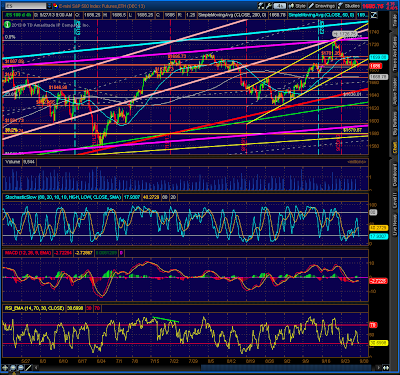 From here down, just pay attention to the upper blue and green resistance diagonals. they are extreme long term upper resistance points the should not be violated. 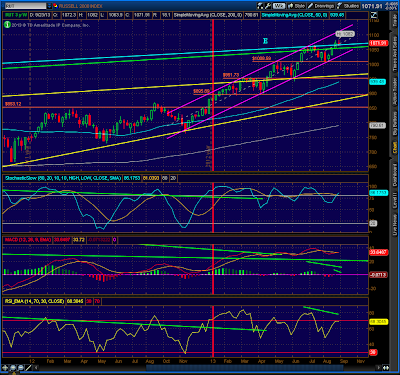 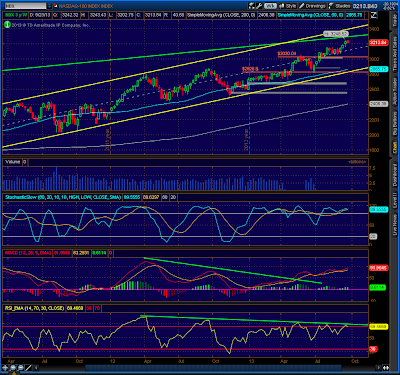 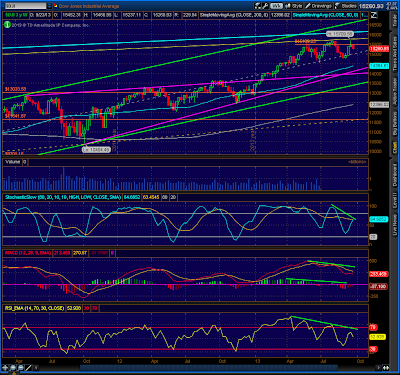 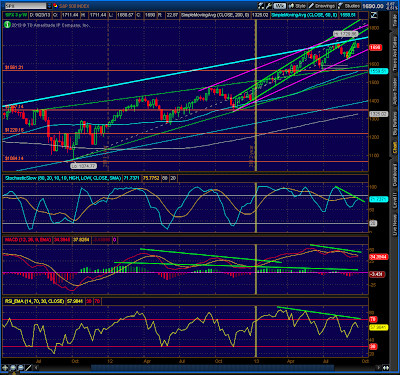