I need to apologize, but I can't quite get my bearings right now. Most LT readers know I can not stand it when I get this way. It usually occurs when the market is not reacting to something or is out of sync with the environment. IMO this indicates a lack of leadership or a questioning of our directional forces.

What's next for team manipulation? Currencies are all over the place, rate cuts are unprecedented and here we sit with the Fed mulling rate hikes (which they can not do or everything blows up - think US default).

There can be one other  reason I'm lost to a degree - the market is about to make an unprecedented move that may surprise us all. I do have a great fear - that of what's coming - and realizing this internally may be something I could be psychologically avoiding.

I'm not lost - lost, but just not clear about where we are headed. I like being able to see (relatively) what's coming - yes, I actually think I can do this. I believe over the years I've demonstrated to a degree to be able to do such better than most.

To me the big question is - are they ready for the big collapse? The war is almost staged (to cover up debt default and financial crisis) and the police state is almost in place (to do what else - control us). We're close, but not quite there.

Here is my weekly look at the weekly and monthly charts in hope to drive home a real perspective of where price is and how critical things are becoming.

SPX Weekly - Let me put it this way - a move back to 1550 could literally happen in a week. 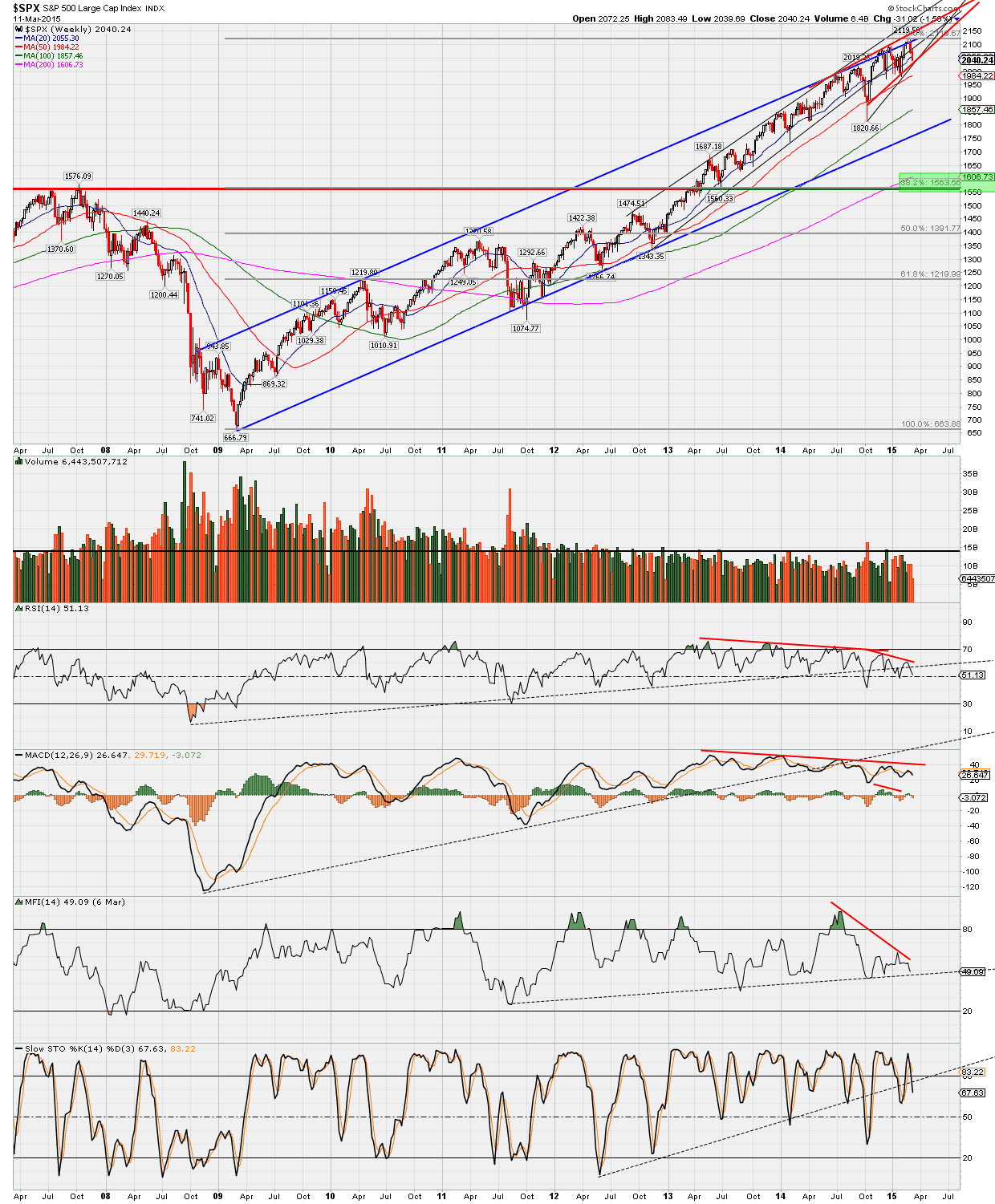 SPX Monthly - Still not about to move that lower green target box, and the more I think about it the more conservative it looks. 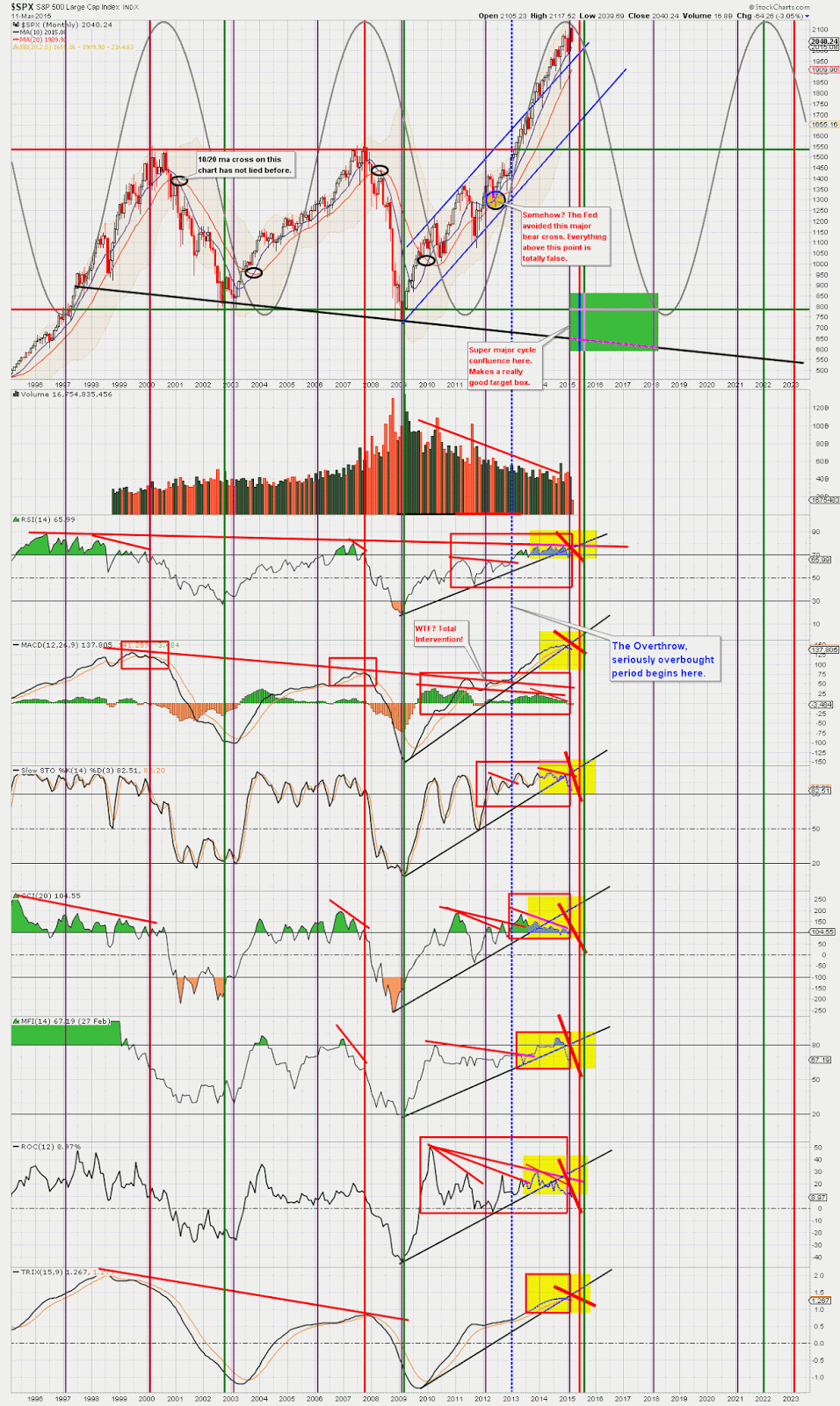 With the failed ammo grab of the cop killer AR rounds this week, maybe, just maybe, they needed an incident to get that right back to the top of the priority list. Two Police Officers Shot Outside Ferguson Police Department: Shooting Caught On Tape. This is a bit too convenient and well timed. Random? I don't think so.