A few quick notes regarding your loss of freedom -

They could not get the guns, so they shut down the last lead smeltry in the US. This will force us to get all our bullets from overseas - talk about an act of terrorism! Well, they are coming for the guns again. This time see Targeted? Gun sellers say ‘high risk’ label from feds cuts off banking options, restricts business for how they are planning their new attack. Of course the justice department can give all the guns they want to Mexico or to al CIAda, but to us, nah, not so much.

As for the NSA and your privacy, if you are concerned, I suggest you read “We’re At Greater Risk”: Q. & A. with General Keith Alexander. It is full of mind blowing stuff that will really tick you off. As for the "We're at greater risk" part, well, you all know that I think we are at a greater risk of a false flag operation from our own government rather than some foreign source. I also think that this "event" will happen sooner than later.


As for the USD/JPY pair, the one pair that everyone seems to focus on like it's the barometer that could mark the singular point of ultimate doom for all that is financial (well, carry trade wise) - I think these charts are worth noting.

USD/JPY Monthly - STB has been showing this chart for some time now. From the 147 top back in 1998 the pair has been on a steady decline. Now of course two countries with a combined debt/GDP ratio over 350 would never rig or manipulate their currencies, but .... Anyway, technically speaking the pair has a serious roadblock issue here. Falling long term upper (dashed yellow) diagonal resistance, the 38% retracement at 103, the 101 support resistance and the monthly 200ma levels are all within four points of price here. 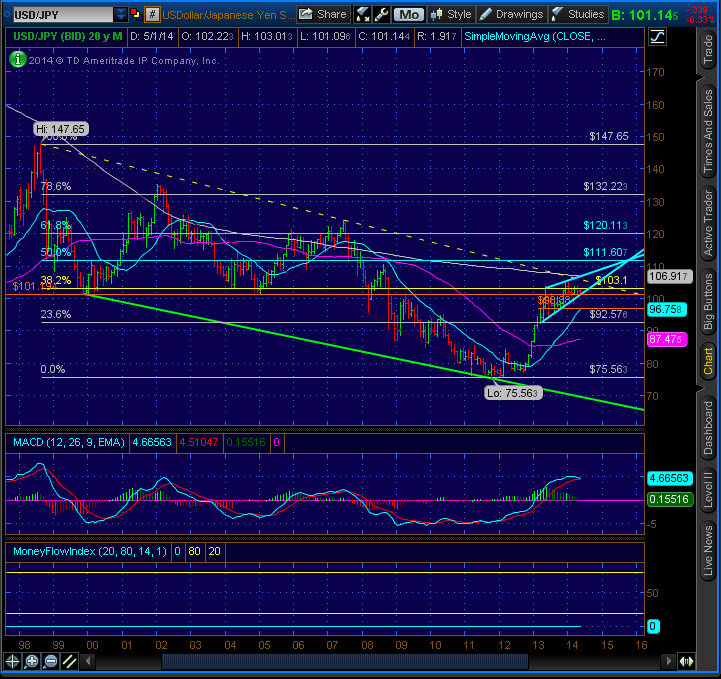 USD/JPY Daily - The 101 level has been support and 103/38% retracement has been resistance this year. If you look above at the climb off the 75 low, there was an abrupt ramp. This 33% increase is now forming and ending diagonal (rising blue wedge) that is running into all this larger, long term resistance. If 101 and blue diagonal support fail here the equity markets are quite possibly going to follow. Bottom line is without a miracle (or some very serious intervention) their goose is cooked and their bubble is about to pop. 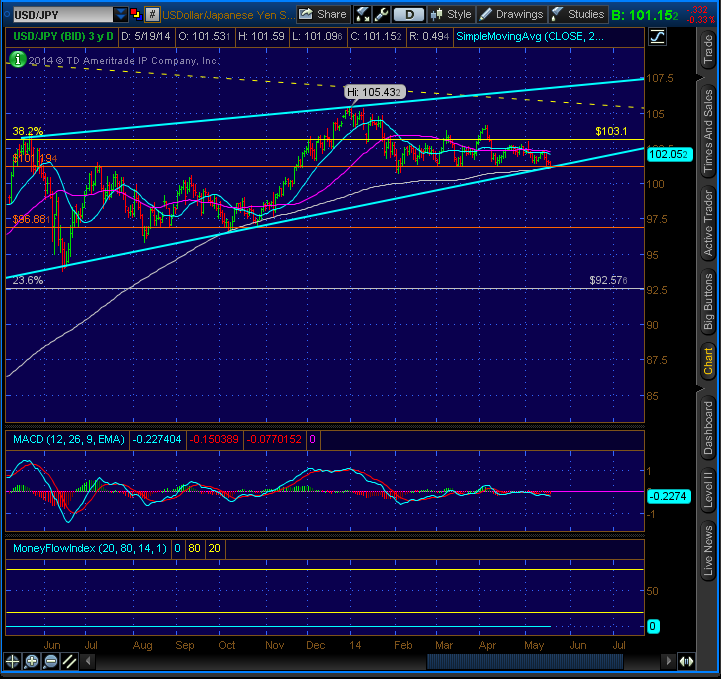 Now let's correlate the above pair's position to the SPX eminis -

Minis 30m - Did they just manage to set a nice head and shoulders formation just above the red diagonal of death with that last pop to a fresh new all time high? Could this HnS target the 1823 critical support area I've been mentioning for the past several weeks? Now, these formations, traditionally very bearish, have been more bullish than not over the past four years. Now bully still has a shot at the inverse HnS I pointed out last week as well. We're at that sort of junction in the market. Like I've been saying - either they ramp it away from critical support (red) or they are gonna let it go.


At some point traditional/natural market forces will assert themselves. The rising red diagonal of death support is price support here. Refresher - triple rising wedge scenario (red, yellow and green) - green just lost support - blue falling channel resistance is now back in play and all right at red. This is a major, major inflection point. 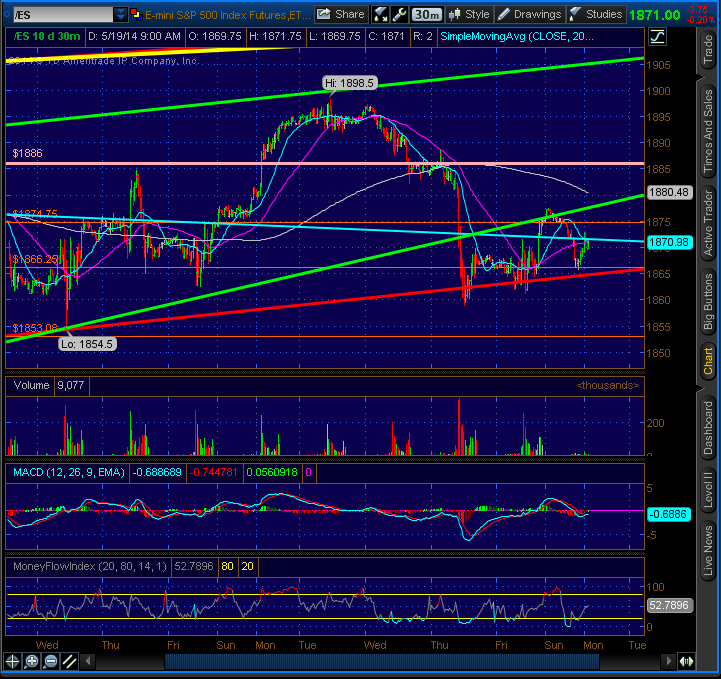 Minis 4hr - Back it out and see the potential STB point I think is possible her - the yellow/blue dashed/1844 intersection just below. This would hit on Wednesday. 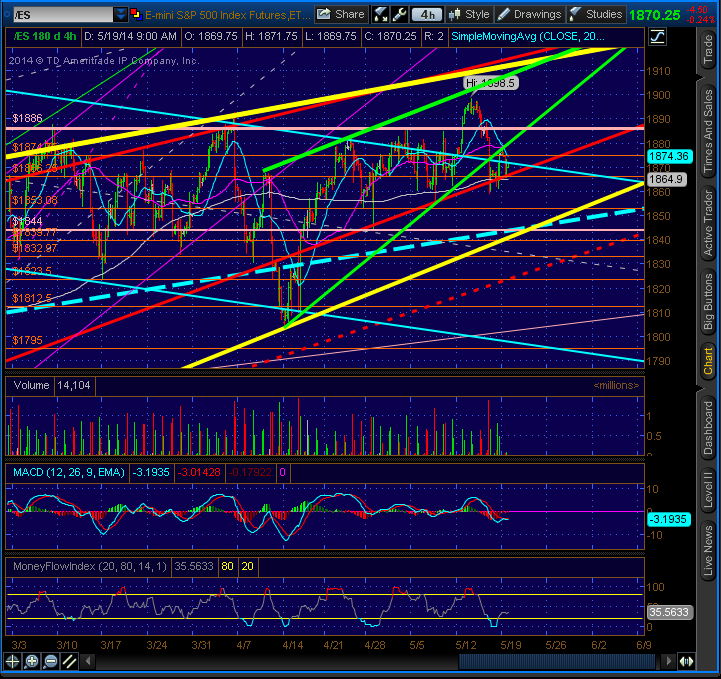 
Have you shared STB?