Bernie Marcus for President! He made CNBS watchable this morning. Get the clip if you can.

Not triple but quadruple witching Friday. Yeeehaw! Its all about the Fed. Minis were up as high as 32 last night opening up a whole new realm of price possibilities to the upside. After they remained relatively range bound and significantly under priced compared to cash (IMO) they have now leapfrogged back into the lead. Price continues to consolidate in the wedge and eerily fractals to the rise in July. 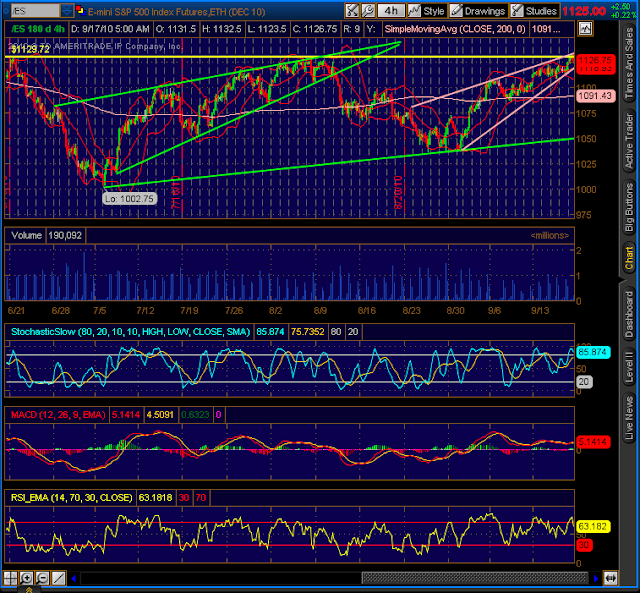 Shall we compare the AUD/JPY to the minis?  This week had been a bit extreme if you ask me. Overnight after the mega spike (that everything on the planet took part in) it has begun a pretty strong pullback. 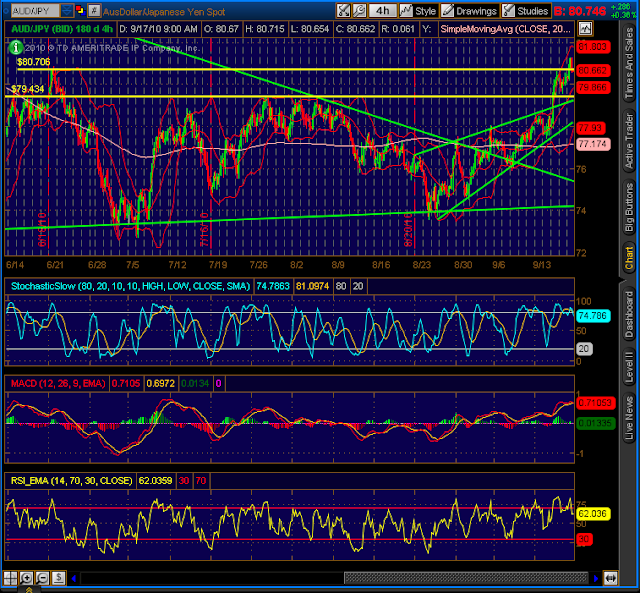 Minis 60m for a closer look at the wedge that has now met the triple top and taken out prior highs. Price consolidation to resistance is very apparent. Keep your eye on that gap at 08 and the 60m 200ma. 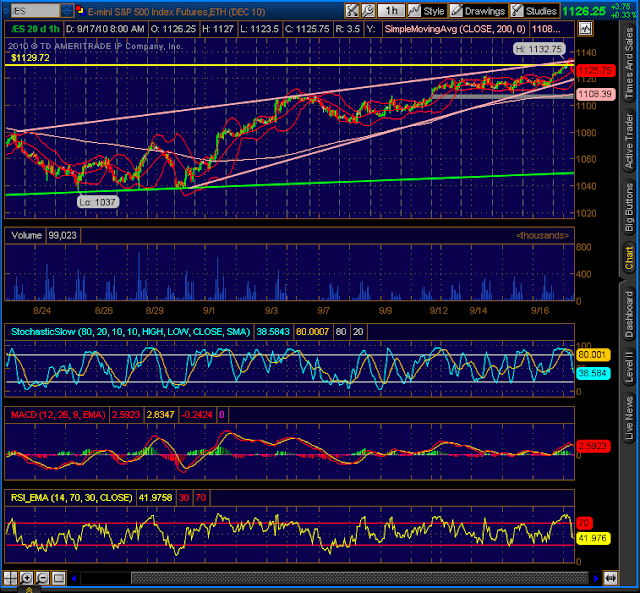 SPX daily -as I have been saying all ingredients are there but the confirming MACD cross. There is still room to run. RSI 14 and the ADX both have a smidge to go, but IMO have met recent criteria to top. TNX to SPX is a bit extreme. 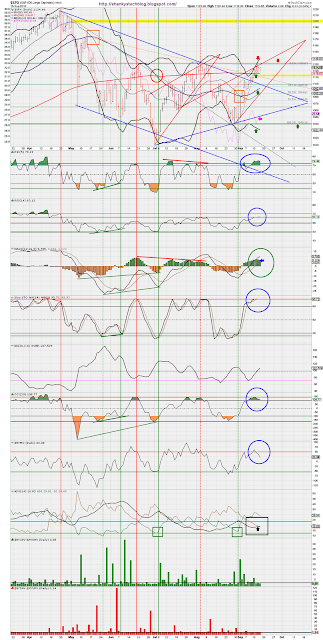 Not much to say. I think we may get some more volatility today than we have had and the risk to the bears of more upside has been opened with the spike in the minis rising above cash. I believe nothing major happens ahead of the coming Fed meeting next week. Art Cashin warning of the possible break of the 30 to 330 range and buying algos going ape is a horrifying possibility for the bears. Quadruple witching Friday. Anything can happen.

It looks like the wedge has definitively been busted this time as price consolidates under resistance. I am still voting for the ABC to higher highs. It could have one last pop today but does not look like it at this time, but it won't be much. Down to 92/80 range then the final pop to keep it elevated for the elections as POMO plays out. If that is wrong, it just crashes from here. Be patient. Look closely at the form of the fall. That will be key. How impulsive it is will be the tell.

They have the market right where they want it. Don't think for one minute they don't know where it will close today. I'm betting flat if the candles are anything like they were at the top in early August we may get a big down move only to recover to close at even. If the minis take out 19 it could get interesting. That gap at 08 could be in play.

GL and have a great weekend. Thanks for all your views, donations and support.
Posted by Shanky at 8:52 AM