Everything points to a March event near the FOMC meeting. Maybe that is just the beginning and it gets cranked up before the Greece default. 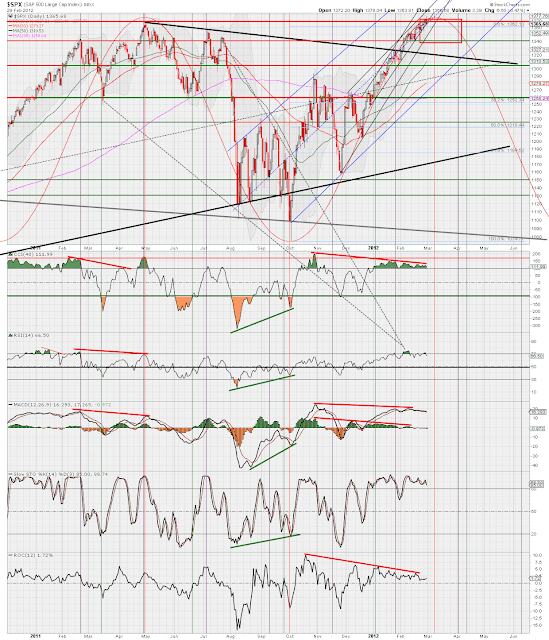 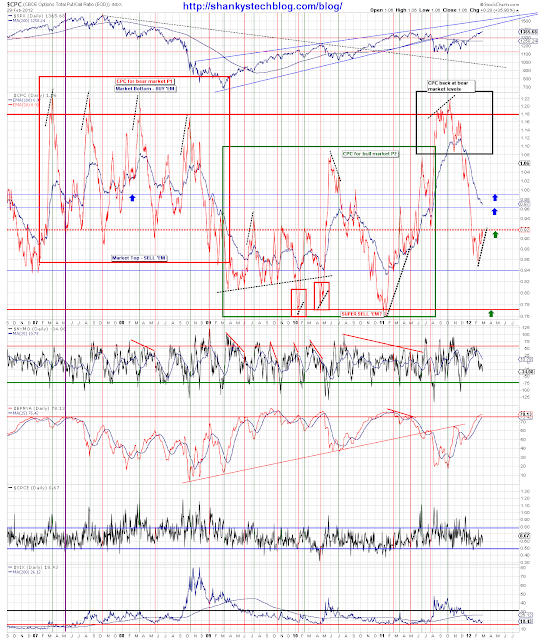 STB has preached patience and form since the beginning of the year. STB has been solidly in the caboose of the liquidity train following its every move. Although Plosser and others are sating that the economy is just fine, no QE will be necessary and all is well, a precious few of us (growing in number) know this is not true. The illusion is what they are selling this election season. Lulling the sheeple to sleep while the jobless grow in number and the debt levels rise to stratospheric levels is no way to run a nation (unless you want to run it into the ground).

I brought back the FOMC chart, the Cycle chart and the CPC chart to show you that we are very close to a major move south. March is the month. This will be the move (finally) that induces QE3 as the last savior. When the markets top out this time, I believe this will be the last high for at least a decade, if not longer and if the markets continue to exist in the form we know them today.

There is nothing in the rule book (the Fed's crony capitalist rule book that says they control all and decide everything) that this market must or has to turn. The markets are solidly controlled by the elite now. You MUST remember you are playing their game. they are fighting tooth and nail for their manipulated crony capitalist system's survival and will do anything to protect it as long as they can.

Minis 30m - Purple support diag tried to crack yesterday in the most frantic action this year. STB is watching form and trying his best to remain patient. 1368 is resistance now then 1372, after that it is back to the yellow channel support we (and the Fed) have been following since last year. 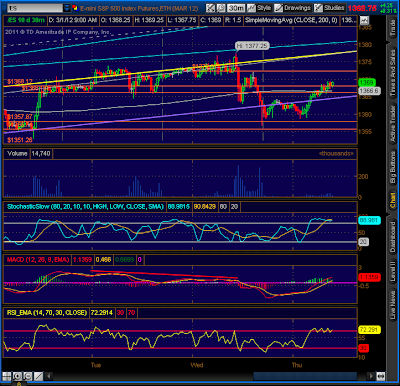 As usual you get the meat and potatoes of the blog from me in the comments section along with the core commenters daily barrage of brilliance. All is well, buy, buy, buy, full frontal risk on is the markets bubble mantra. that is never good and greed always loses. The slopes are out of hand. This fall will be nasty and QE3 will mark the bottom. They can't hold that card (by name only as we've been under stealth QE since November) any longer and it will be played.

Spain and Portugal are next and Greece is not out of the woods yet. LTRO2 infused 800 banks with capital (a number far greater than thought). Imagine a massive TARP. Bottom line is things are really messed up. You need to be preparing for the worst NOW not later. You need to be ready for the banks to steal you money, for the government to confiscate your retirement plans and then they come for your guns and gold.

If you have not seen KnowledgeDriven's comments last night and the vids he posted, they are well worth a visit to the AD comment section.