Not much to say other than everyone is waiting to see if the EU is going to implode and then if the ECB/Fed is going to do anything about it. Everyone is looking for the backstop to magically appear as it always does in these times. The only thing different this time is there appears to much more certainty that an event will happen. It is that deer in the headlights moment where everyone is frozen and fear is real (but not showing in market actions as the Fed/PPT still manage to keep a bid out there at the right price and the right time).

EUR/USD - Critical level is an understatement. Must stick save here is a no brainer. The proverbial line in the sand is that green support diagonal which has held the major lows since 2002. Price came within .002 points from tagging it last night and that may have been it. It should take something more than news or rumors to crack this point. If this goes it should be a duck and cover moment. My technical read of this is that we experienced either a real breakdown and much worse is to come or this was a blow off excessive move bottom that is about to bounce back possibly as high as to close the second gap near 1.30. 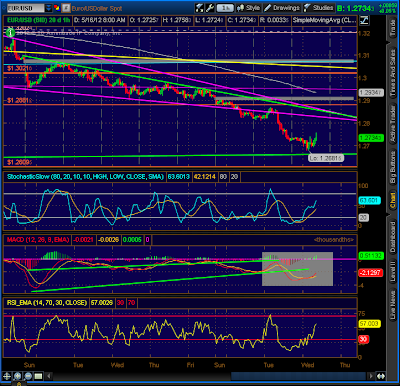 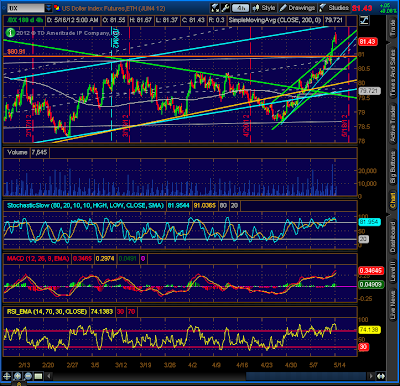 Gold - Gold has taken out LT support (white and yellow channels off the '08 lows) and cracked 1567 s/r. That's not good. there are two channels price is traveling in. the pink channel is inside the green channel. Price is nearing pink channel support here and may find some support here. Internals have been oversold for about two months now. Possible STB point near 1430 in June. 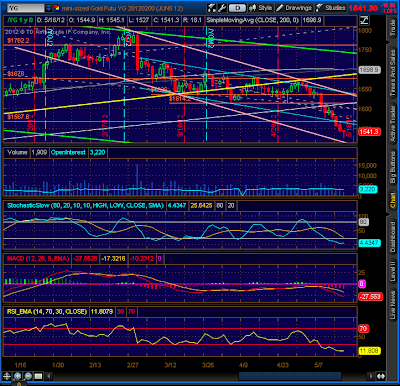 Oil - Oil's chart looks really sick. The pink support diagonal works for now. Bottom line is all support off the '08 lows is long gone. The nest stops are s/r points near 85 and then 74. I'd like to say this fall looks like it is overdue for some relief. I'm not going to speculate on oils price movement  - I'll leave that us to those pesky speculators. 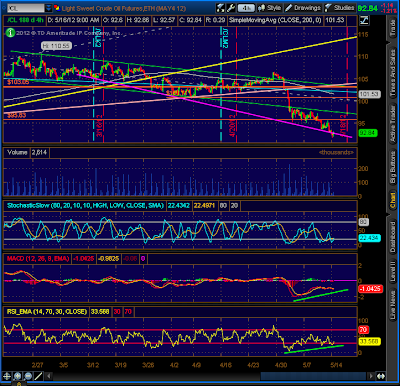 Based on the above (and my BTFD Chart a turn should come soon. Maybe the opex crowd will show up and with the PPT get some sort of intervention going here. The problems with SPX - There were two HnS possibilities. One broke the neckline and is in progress. the other had a head finishing at 1341 and was due to form a RS. With the crack of 1341 that may eliminate the second (and my preferred) HnS from the equation. 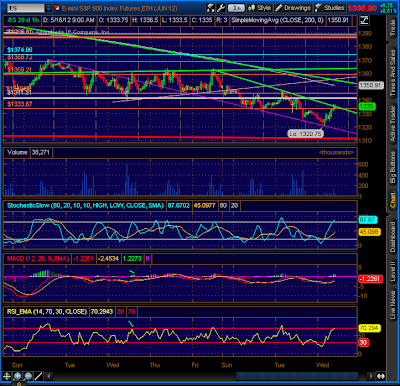 BTFD Chart - Went into buy territory yesterday. This does not mean things can't get worse, but it does mean you need to have your heads up and ready for a potential reversal. 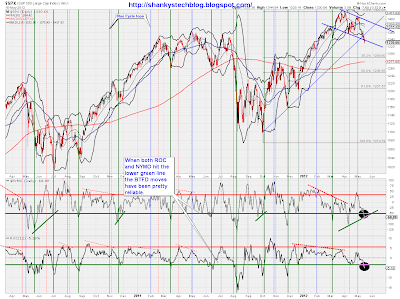 30m SPX - TRIN is moving into the buy zone and a strong double positive divergence is clear. 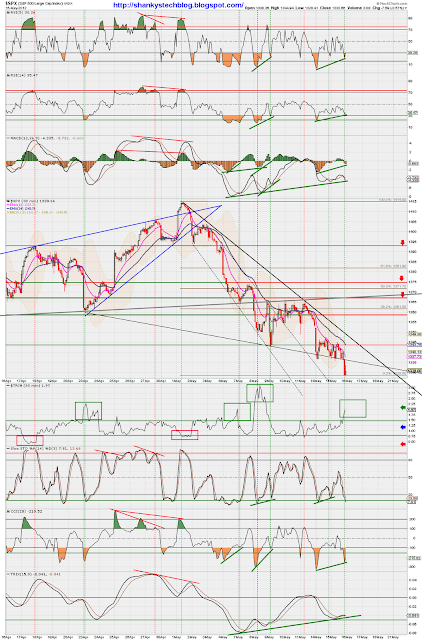 As usual I will give all the intraday specifics and charts in the commentary below.