No commentary today, just a bunch of charts. A major rant is coming soon. Let's just say I decided to stay quiet this morning cause I have nothing nice to say about anything.

Gold - All sorts of technical levels should be driving gold traders crazy right now (not to mention those pesky speculators).

First a monthly LT chart so you can see the where the white channel support that price is testing right now starts. 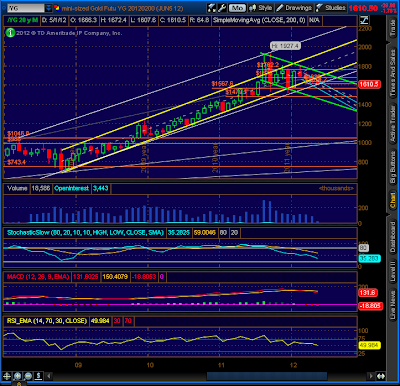 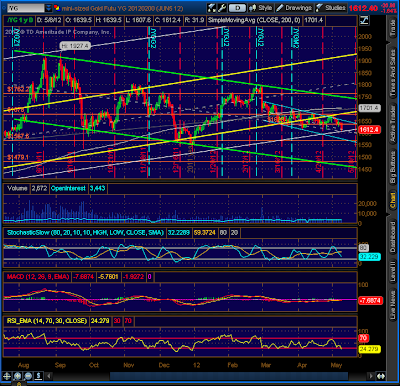 4hr - closer look at the tag of the white support.That is a lower low, which is not good. (For now - I still think gold is going to a gazillion if not higher - it is the only thing worth owning - buy physical with cash so "they" can not track your purchases.) 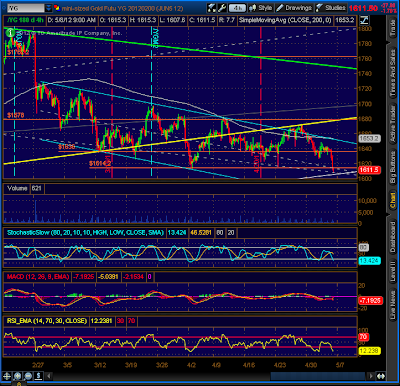 Oil - Has fallen to the 200dma and $96 support. Yellow LT channel off the '08 lows is history now. Blue diag resistance off the '07 and '10 highs was too much to bear. If this level breaks it looks like $85 diag support off the two major lows will be the next stop. 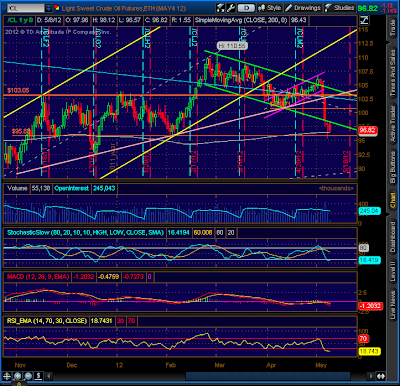 Dollar - Looks like the greenback wants to break out above near term (green) diag resistance and hold LT yellow and ST blue channel support. This should only be a short term phenomena as the dollar will eventually collapse. It has to and the Fed has told you their goal is to debase is.I have to caution against a fake out move here - a couple other items have busted these same resistance points only to come crashing back. 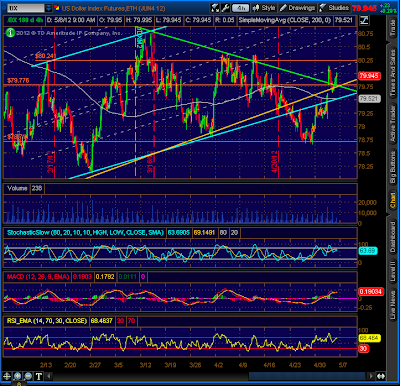 EUR/USD 4hr - The HnS looks to want to play out. Target is 126 or the green support diagonal which runs off the 2002 lows. 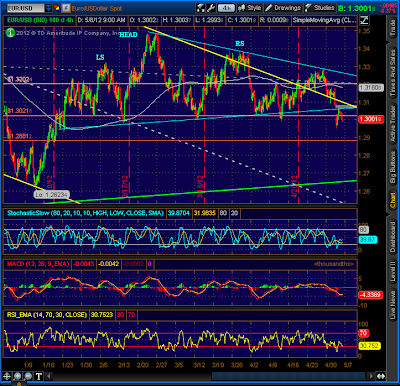 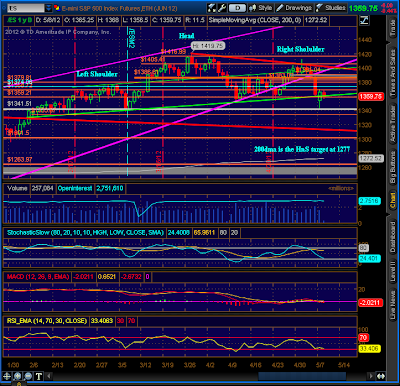 Minis 30m -Other than green resistance the market is trendless right now tinkering with the two major support levels (green) 1360 and (white) 1341. 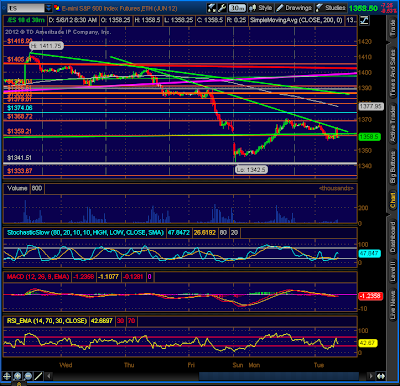 Daily SPX - All the key s/r levels. This morning the last support fails at the open. 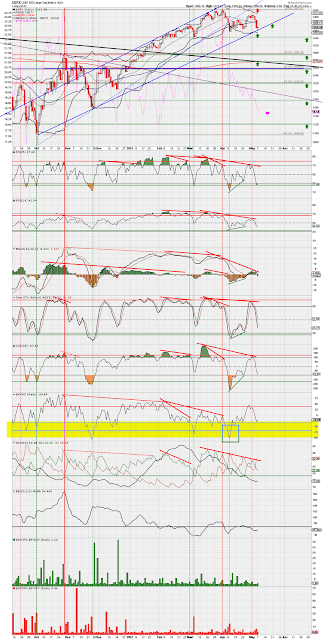 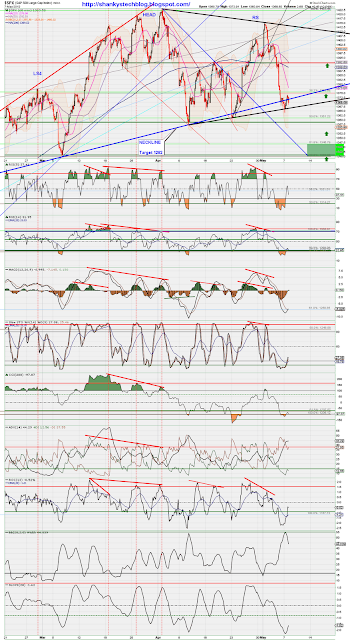 As usual, I give all the specifics and timing items below in the commentary. Also, the core commenters are all great reads pumping some great information all day below. STB thanks all of you for the great effort and continued support.