Everything is going according to plan. All is well. Pay no attention to the Ukraine, China, Japan (and Fuku), the EU or any other nation that's apparently on the brink of collapse. None of that news is real. There are plenty of positives out there. Take N. Korea for example. They've been successfully test firing missiles and KJU was just reelected with 100% of the vote. 100%! Now that's supreme confidence in a supreme leader.

I would not be surprised if Captain Executive Order may not pull a similar trick in a couple of years. Using his pen to become the only one on the ballot somehow does not seem to be too far fetched. Obama Jong Un has a nice ring to it. Death squads, police state, a complete idiot running the show, well, we're half if not more of the way there. Awesome!

I'm not gonna rehash a lot of news cause it's the same as it has been for years except finally the rose colored glasses are starting to lose their Blue Blocker ability. Things are finally starting to unwind a bit. The years of excess and mounting debt are finally starting to weigh on the system. Like a crack in a dam, the water is there and doing its trick, eroding and pressuring the weak spots. Sooner or later it's inevitable that all of a sudden, in an instant, the dam will fail. The same is happening with the global financial system.

Minis 60m - Just a matter of when, not if now. that when could be years and another 10,000 SPX points away, but it's coming. When that "when" hits is all tuns to dust. Technically we're at our 4th iteration (if not 6th) of a perfect technical top that should end this nightmare. Key support this morning lies at 1871, 69, 60 and 56. We're close and overdue for at least a worthy pull back of sorts, and with any pullback (STB does not use the term correction cause those are mandated to be illegal now) you must be weary of the big drop. 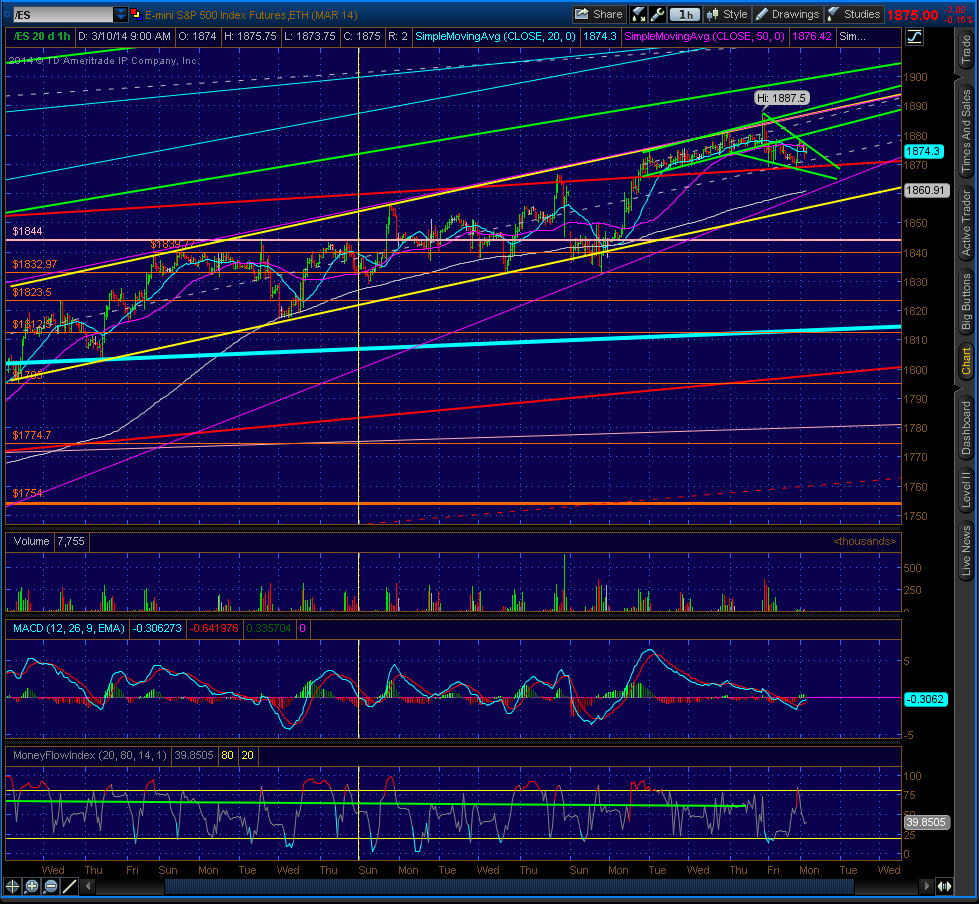