You know, for quite some time now (as in years), I've been telling you that the markets are an irrelevant distraction to reality, nothing more. Sure, there is real wealth being generated in your brokerage account (if you are a complete bulltard). Well, that is if you can physically get those digital funds completely out of the system. Are you ready to be put on a terrorist list for removing more than $10k from your brokerage account? Are you then ready to be put on another terrorist list for then removing the same $10k from your bank? Are you then ready to have all your purchases with that $10k tracked and monitored?

You then have the problem of the funds being in dollars, and that's a whole nother issue. You see, a dollar is not worth what it once was. 33% LESS than it was in 2001. 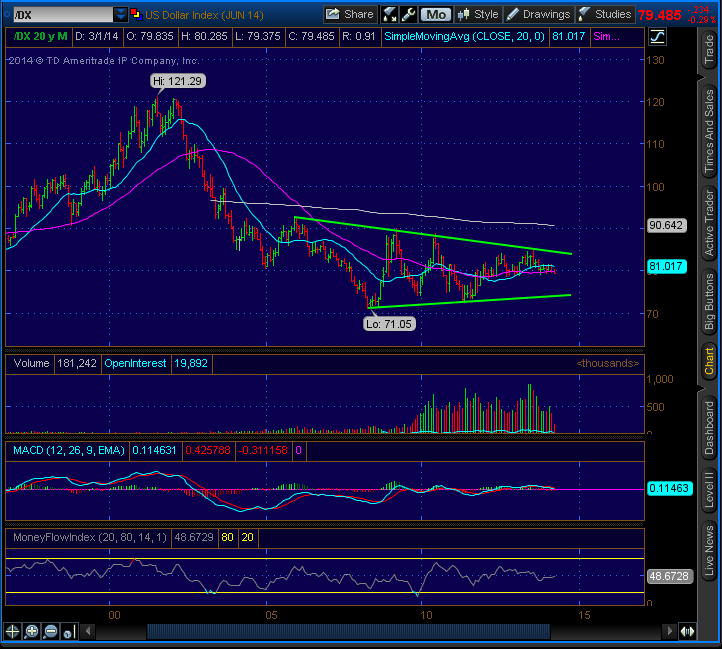 To get to my point, the markets are all they have left separating you from reality. As long as the candy man (Fed) is in town doling out free bucks (QE lifting markets), who gives a flip what's happening in the outside world. Your cocoon is cozy, warm and becoming more plush by the day with all this awesome wealth you are accumulating. So you be a good little American, keep your head down and let the government take care of everything for you.

That's the problem. The government is taking care of everything, literally. The latest revelation from the Snowden saga (and there are still thousands of pages not yet released) is The Most Evil And Disturbing NSA Spy Practices To-Date Have Just Been Revealed. I don't know, you can click the link and keep reading about this, you can be a typical sheeple at this point (head in sand - you know who you are), or you can read this, be scared as shit, angry and do try to something about it.

"But the mandate of the NSA’s hackers is not limited to invading the systems of those who pose a threat to national security."


"QUANTUMSKY, a piece of NSA malware developed in 2004, is used to block targets from accessing certain websites."

"According to one top-secret document from 2012, the agency can deploy malware by sending out spam emails that trick targets into clicking a malicious link. Once activated, a “back-door implant” infects their computers within eight seconds."

"Consequently, the NSA has turned to new and more advanced hacking techniques. These include performing so-called “man-in-the-middle” and “man-on-the-side” attacks, which covertly force a user’s internet browser to route to NSA computer servers that try to infect them with an implant."

"In one man-on-the-side technique, codenamed QUANTUMHAND, the agency disguises itself as a fake Facebook server. When a target attempts to log in to the social media site, the NSA transmits malicious data packets that trick the target’s computer into thinking they are being sent from the real Facebook. By concealing its malware within what looks like an ordinary Facebook page, the NSA is able to hack into the targeted computer and covertly siphon out data from its hard drive. A top-secret animation demonstrates the tactic in action.

The man-in-the-middle tactic can be used, for instance, to covertly change the content of a message as it is being sent between two people, without either knowing that any change has been made by a third party. The same technique is sometimes used by criminal hackers to defraud people.""

And that's only snippets from the post. Go read it. 1984 or Orwell on steroids, this is the stuff Hollywood is made of, but IT IS REAL!

There are Dark Pools in markets, there are shadow banking systems, there are shadow government agencies, secret societies, there's more shit going on behind the scenes that they don't want you to know about, but that's all coming to light now thanks to a terrorist named Snowden.

Bottom line is you need to know that the Constitution has been raped. The NDAA is in place and they can spy on you, track your every movement, purchase, come into your home and watch you on your webcam and listen through your microphone. They track your phone, the chips in your car (On-Star - hello!), your credit card purchases - bottom line they have you patterned to perfection, and you can't do one darn thing to stop them. This should scare the hell out of you.

STB only scratching the surface here. I've written on this in the past and will continue to enlighten you in the future. You need to wake up and realize what the hell is going on with your freedoms and what's happening to your country. One day you may wake up and wonder what the hell just happened when it all changes in an instant.

Minis 60m - I think the FOMC next week has the markets in a holding pattern already. I also think there is a chance the intentionally dump price here to send a message to the new Fed Chair - play our game or play our game - it's the only one in town.

Sloppy, but there is a lot going on. Yellow rising channel we've been watching for weeks support being tested here after the rising pink wedge support cracked yesterday. Upper red wedge of death resistance in play here as well. lots of things pointing south here, like, lots of things. 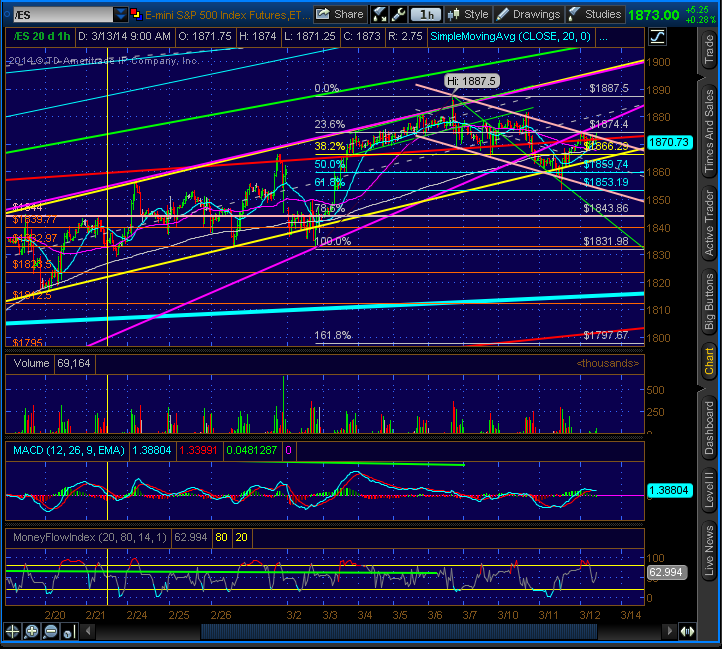 Minis 60m - close-up - Beige channel from top to bottom of yellow channel. Pink support busted and backtested as STB warned yesterday. One slip here and a meaningful corrective will occur. Resistance is in the 1877 - 80 area. Support is near 1865. IF 65 goes things could get interesting. 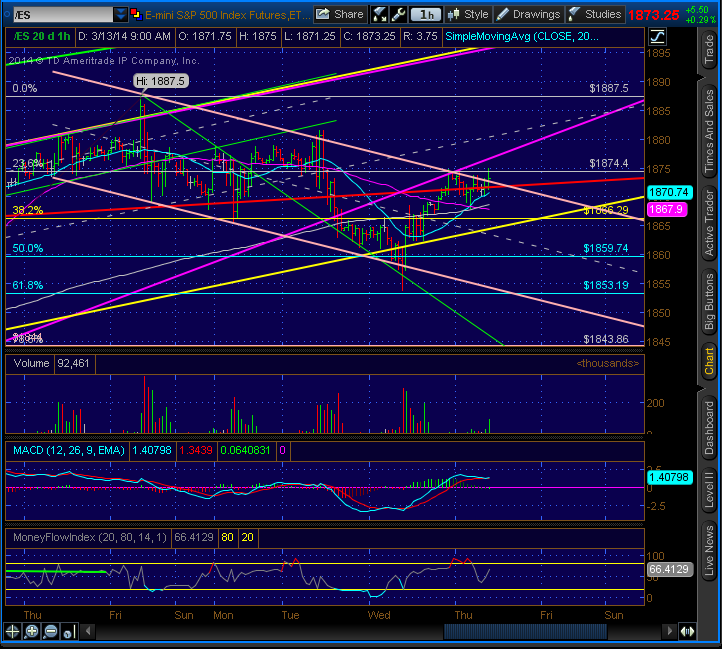