Disaster planning, it is a chapter in the manual that's always there, but you hope you never have to actually read it. Well, if they have not cracked the seal on that chapter in DC yet, I suggest they get on with it. This brings me to ask, what's worse, being part of the government that was so inept that it got you into the crisis or relying on that same bunch of morons to lead you out of it?

The system is supposed to be designed so that every two years we can change part of management to start to solve the problem, and then two years later if it's not fixed we can replace the rest of the management. How's that working for us now? Let's save time and a long debate on the underlying issues with this and just call a spade a spade shall we. We can lay all the blame we want in numerous places, but it all starts and ends with you and me.We are the ones to blame, we voted the idiots in, we should bear the consequences of our actions (or inaction), and we will.

We're coming to the end of the last section of the manual. We've read the whole thing, learned absolutely nothing and there is only one part left - disaster planning. Key word - planning. As in you should be prepared BEFORE the disaster hits. We're not. Just thought you should know this, and oh yeah, the same imbeciles that got us into this mess are still in charge.

At some point it gonna end. The problem in the beginning of the end is going to be believing that it's ended. Once this thing gets rolling everyone will believe, but at the beginning it's gonna be tough to call. This is going to be a bull and bear problem. The bulls, well, for them it never ends. They just keep dreaming. For the bears, its grasping that reality may actually reassert its self. The slow rollover in price begins, more questions come and then one day we wake up and it's game on. We're in the rolling over process now.

Grandma Yellen confused me a bit yesterday. STB is still digesting what was said and how it all fits. Confusion - I am somewhat justified. When playing in the Matrix things are not always crystal clear. See The 16 "Dots" That Sent Stocks Reeling and you will get why I'm having a brief moment of indecision. Brief as in temporary. They threw a curve ball, and I'm trying to sort it out.

"What is even more inexplicable, is that the Fed hiked its rate forecast even as it lowered its GDP projections for the next two years. Why? Not even Janet Yellen could answer that."


Minis 60m - I'm also trying to figure out if the top is set or not. The Fed was little help to me there yesterday. I'm concerned about last ditch efforts and foul play from those in charge. When my policy of "follow the Fed" comes in doubt, cause the Fed is now lost - then we're in big trouble.

So far the move to 1900 has failed, yesterday was not good, price is well out of the rising purple wedge, did not backtest the recent yellow channel and is back in the rising red wedge of death.Just below at 1810 is critical support. One slip, just one and their frayed last lifeline will be tested again. 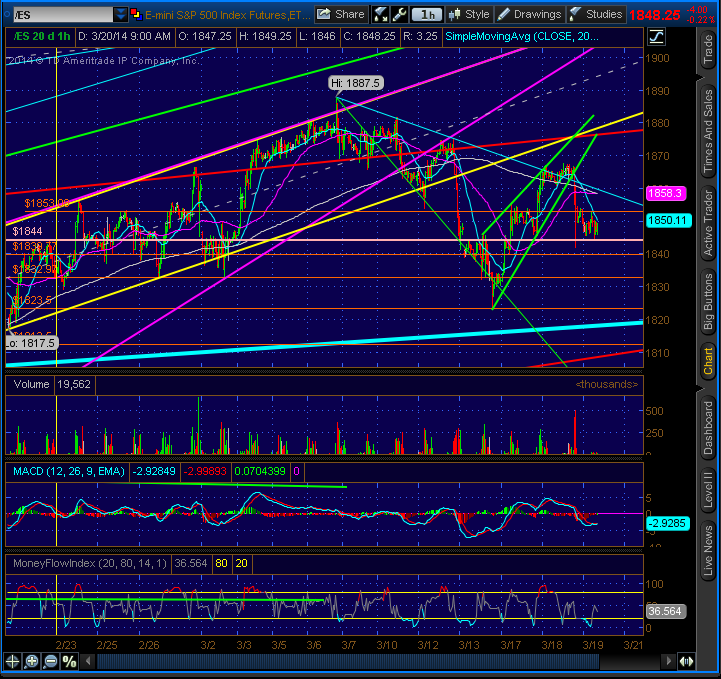 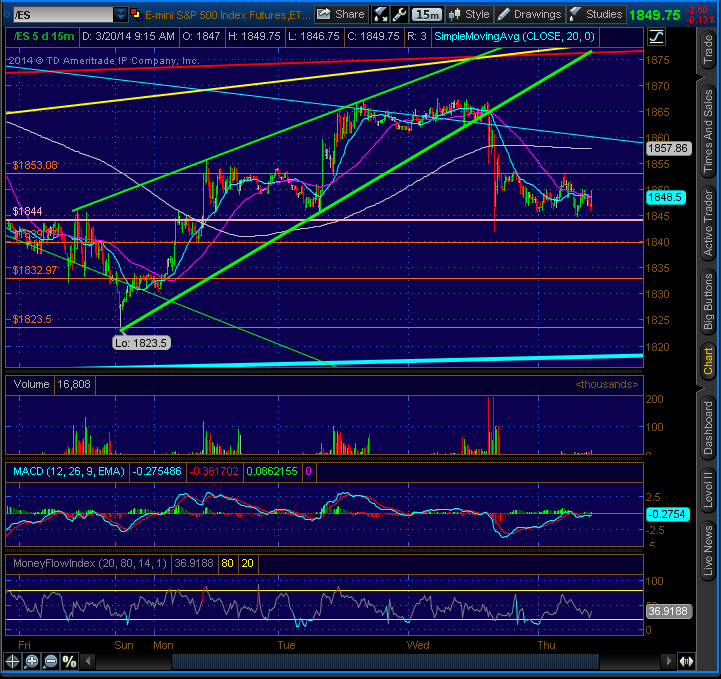