Israel, Russia, whatever, it appears to all be slipping thru their fingers now. Maybe the global debt juggling act is coming to an end. Money problems have a strange way of causing stress in even the best relationships, so when money becomes an issue in strained relationships, and the leaders are all highly incompetent puppets, serious problems are more than likely to arise.

It looks like the end is finally near. I'd expect a false flag sooner than later to force Obummer into action. If he won't do it ion his own, then someone will force his hand from the inside. Again, war is to cover the economic collapse and failure of every central bank policy to revive the economy. Really the CB's have not failed, they have successfully transferred all the wealth of the poor and middle class to the 1%. Now it's time to use the war to cover their tracks.


Daily SPX - Want to see a technical setup that leads to a massive gap down? 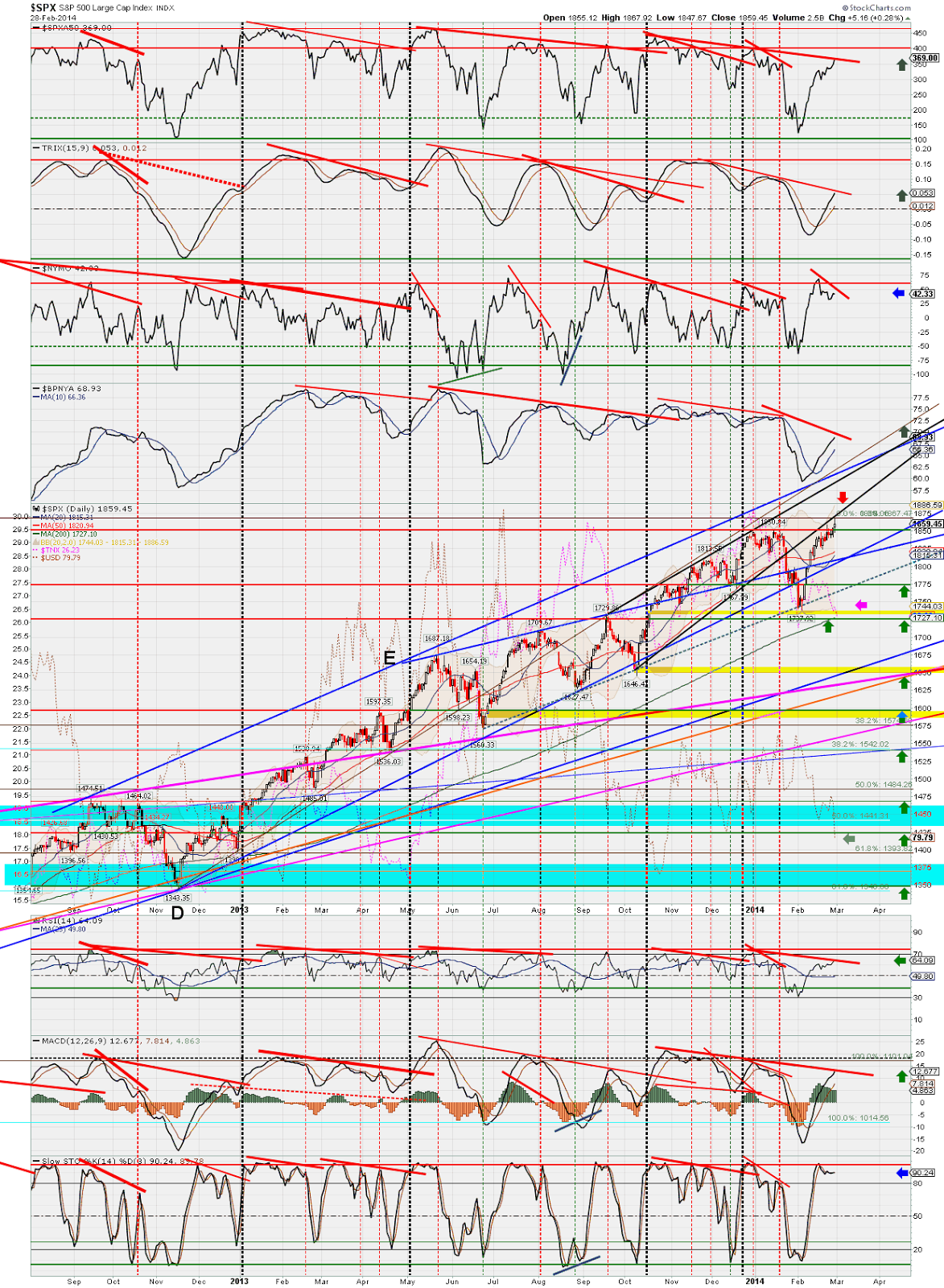 Minis 60m - Call the top! Call the top already! I can hear it coming in the comments section and in the emails already. If the yellow channel and the 60m 200ma fail I may just have to do it. We'll just have to see. I have a feeling an event is coming that will be a game changer. Patience. Blue and red diagonal support below are key. If 1840 goes then we're looking to 1810 and 1795. Everyone is nervous and the hair sell triggers are on red alert. Once this thing turns it will be very obvious. 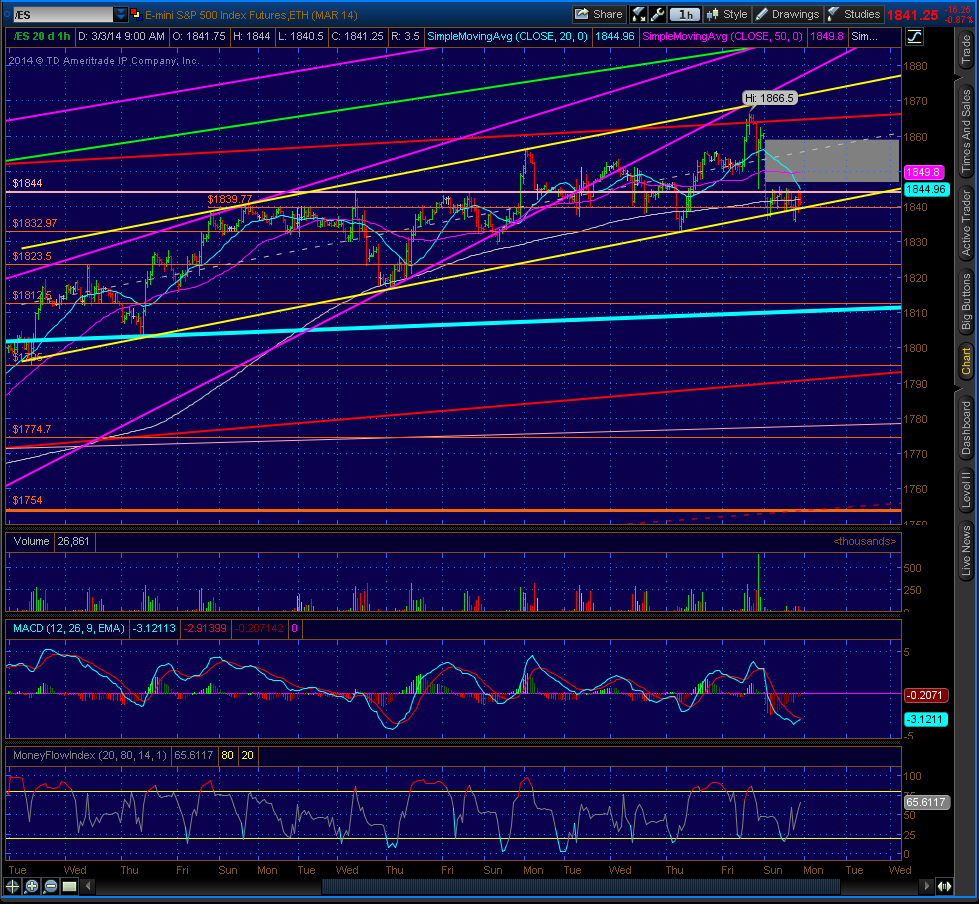