Things are a bit off kilter? I mean we got a lost Boeing 777, a NSA loving - gun killing queen in Feinstein that is pissed the tables got turned on her (pinnacle of hypocrisy), a republican won a FL congressional seat,  and Obummer approval hits record low. What strange times. Almost like, some sort of normalcy is returning. Did someone hack the Matrix?

On the lost plane, seriously, how?

On Feinstein, seriously, why?

A republican from Florida, what?

Seriously, the propaganda machine and the MSM in conjunction with the FCC, CIA the administration and other groups are in full blown crisis mode here. Cover-up, bury, distract, need to know - they are scurrying to get you distracted and cloud the air so you can't see. Reality had been forbidden. When journalists start quitting their jobs because they are being silenced, then there are severe problems in the system.

The cherry on top, the war. The end of the line, last gasp effort to cover their tracks of failure, war. They tried and failed with Syria, so they chose the next best thing with the Ukraine. Funny how low our government has fallen. How everyone is now a step ahead of the US. How our moves are so predictable. How our false flag events that used to be so reliable to start conflict are now laughed at. How our tried and true methods of global manipulation are failing. It appears we're the only one not learning from history.

And all of this leads to the greatest illusion of them all, so, on to the lie -

Minis 4hr - Rising pink wedge failure to yellow channel support, this is a big deal, especially since they failed to take the hill in the charge for the 1900 round number. Next stop if this fails is 1844. Backtest of pink support should be expected possibly near 1873 at red rising wedge of death upper resistance diagonal. If not, the elevator shaft is wide open.  Support on the minis goes something like - 20dma 1850, LT support beige at 1844, 50dma at 1824, blue LT channel resistance backtest at 1815 and finally red wedge support (the MUST HOLD point of all) at 1802. 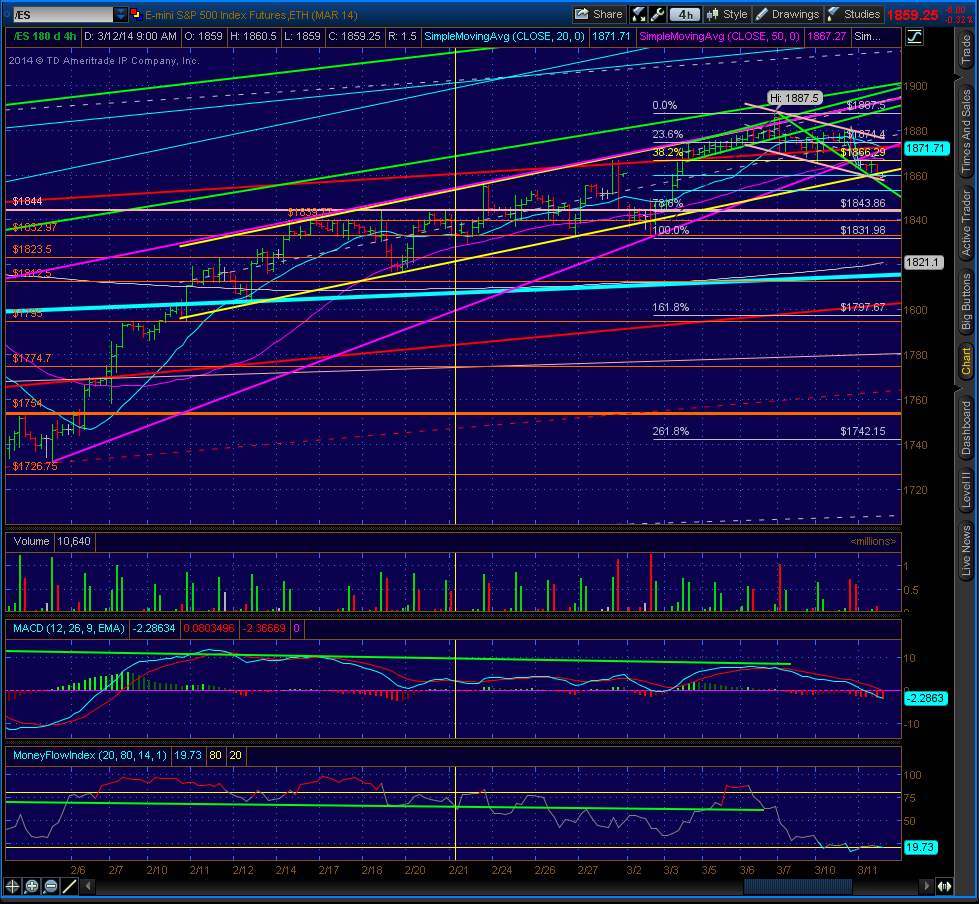 Since Copper is all the rage these days - Yellow LT channel with HnS failure at channel 50% diagonal only leads to one place, channel support near $2. 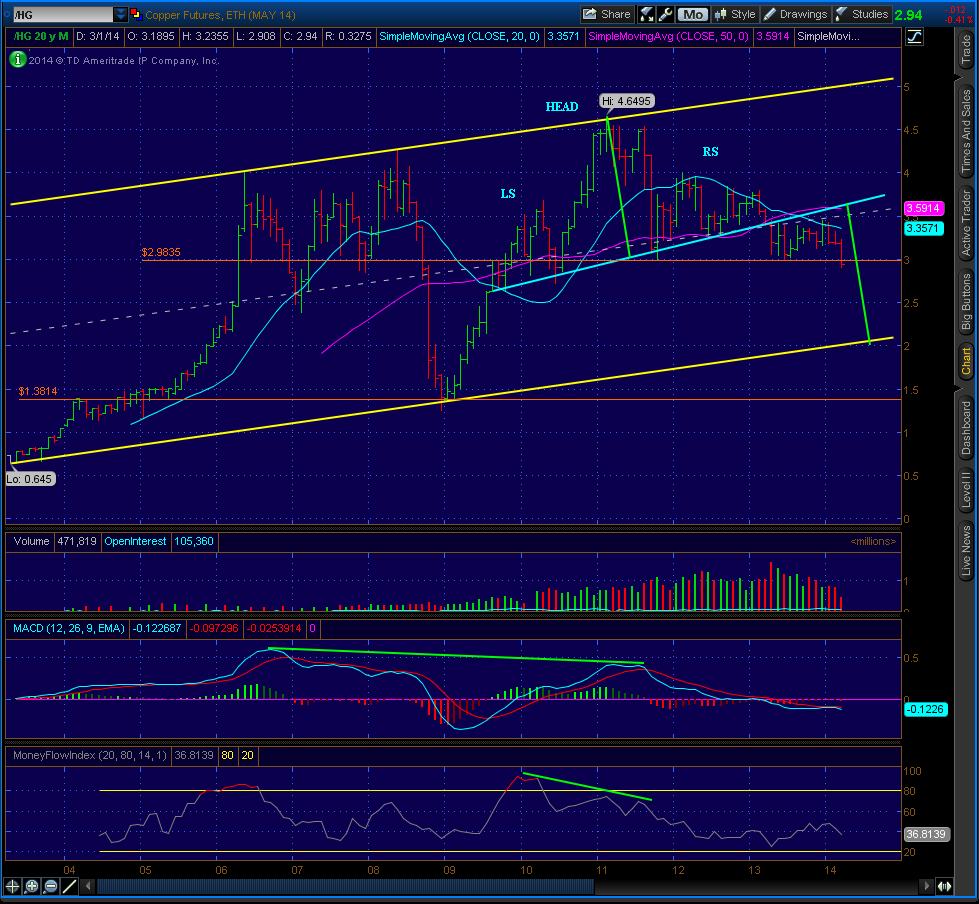 A quick look at 10yr UST long term - The failure of the rising wedge I've been showing for years. price stuck at 38% retracement. Rates are bout to go up and those that got sucked into UST are about to get slaughtered. 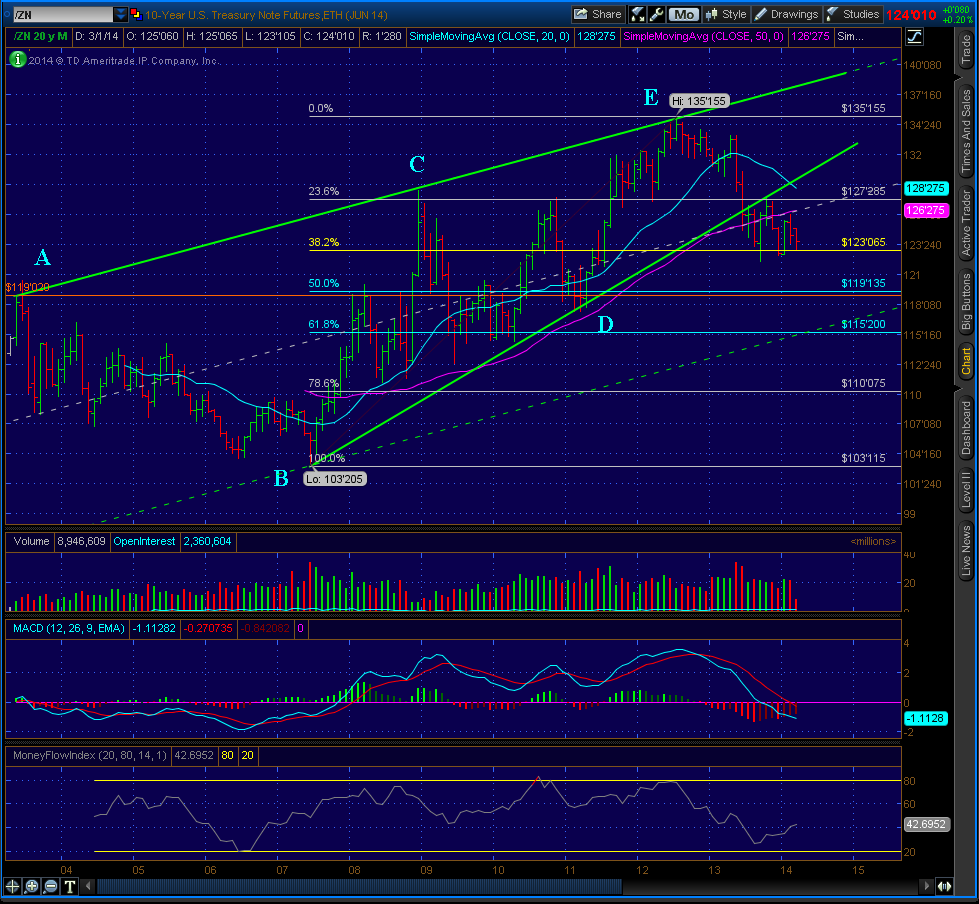