ZH and other sites reading like obituaries again. Obummer looking into Syria is a big concern now. He's gonna need cover for what's coming. As I've noted things look technically like they should end by July. Can the globe spin that much out of control in the next four months? I'm not sure, but the markets can top before the SHTF that's for sure.

The real SHTF moments like complete capital controls, retirement plan confiscation and marshal law may take a bit of time. They will come most likely after Obummer gets his major war (he's got two options to expand now - Syria and Ukraine), or the most horrendous false flag event that has ever hit this nation.

The biggest deal and most telling of how much trouble were really in financially (as in the global Ponzi scheme - they buy our bonds and we buy their lead laden trinkets) can be seen in China's redemption of the treasuries. Refresher course - we now buy close to 70% of each treasury auction. This amount used to be purchased by other nations. This means we're printing massive amounts of money to keep the dream alive. This will not work and has not worked, and it will eventually destroy the dollar. Debt is bad. Massive amounts of debt is worse. We're worse than worse now.

This brings us to the MyRA product - your "savings" invested directly into treasuries. Are you starting to see it now? Confiscation is all it is, to "support the nation". Except you are not supporting the nation, you are supporting their system of corruption and greed. There is a big difference.

Out of control, lawless, unregulated, TBTF, TBTJ, is what we the sheeple serve. We're debt slaves to their system, nothing more. The problem is their system is about to collapse and they need moar money to perpetuate their farce. Where will this money come from? Simple, a large war or false flag that will kindle the homeland spirit and rally us around the flag, so we'll give up everything to protect the nation and liberty. (I can't wait to hear Obullshit give this speech.) They are preparing for the last push. I just hope we're not dumb enough to go along with it.

Minis 4her - Triple top? All near tern support is gone excepth for the rollover (yellow) channel. It looks like we may have another very shortable moment. Similar to the 1/15 top I shorted, but it may be even better. More on this below as I monitor it throughout the day. 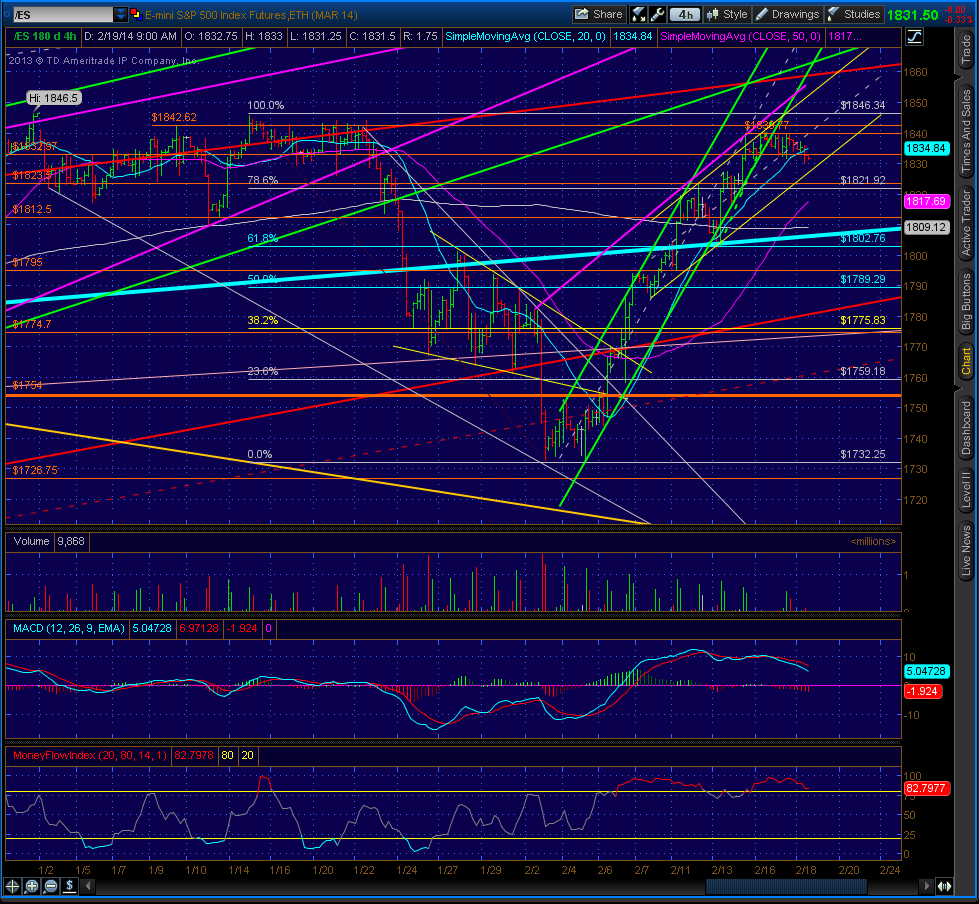