As suspected here at STB the House Passes Clean Debt Ceiling 221-201 With Vast Majority Of Republicans Voting Against. If you have not figured out that hell will freeze over before they fail to pass a debt ceiling increase, well you are sorely lost and way out of touch with the new normal. The situation surrounding this fallacy is so disgusting that to regurgitate how we got to this point would surely make you all sick to your stomachs, so let's not. Let's just say that we have a potus with a pen and to challenge the tyranny is a potentially fatal proposition.

So, the Fed can taper ON but the government can not manage their spending? Somehow this math is not working out. Even Bernanke warned Congress to cool it on multiple occasions, but they apparently refuse to listen. Let me see, they want to avoid another embarrassing government shutdown, so we're just going to throw principles and responsibility out with the baby and the bathwater?

I told you the debt ceiling would not be an issue. Since the sequester they want no part of hearing the people bitch and moan. Let's see, the sequester amounted to $84 billion in cuts. This measly amount is less than the Fed was spending per month just to keep the bond and stock markets from crashing at the height of QE. Bottom line is it is not worth our time to even discuss the debt ceiling anymore. They should just do away with it.

And now O is going to use his pen to increase minimum wage. Whatever.

Minis 4hr - Channeling up. All near term resistance is gone other than upper green channel diagonal. A backtest of the busted blue LT resistance diagonal may happen here, but who knows, The only thing that matters is what the Fed wants. The lie, that is the market providing cover for everything that is wrong with this nation, must not fail. 1823 and then 1842 are your next resistance points. 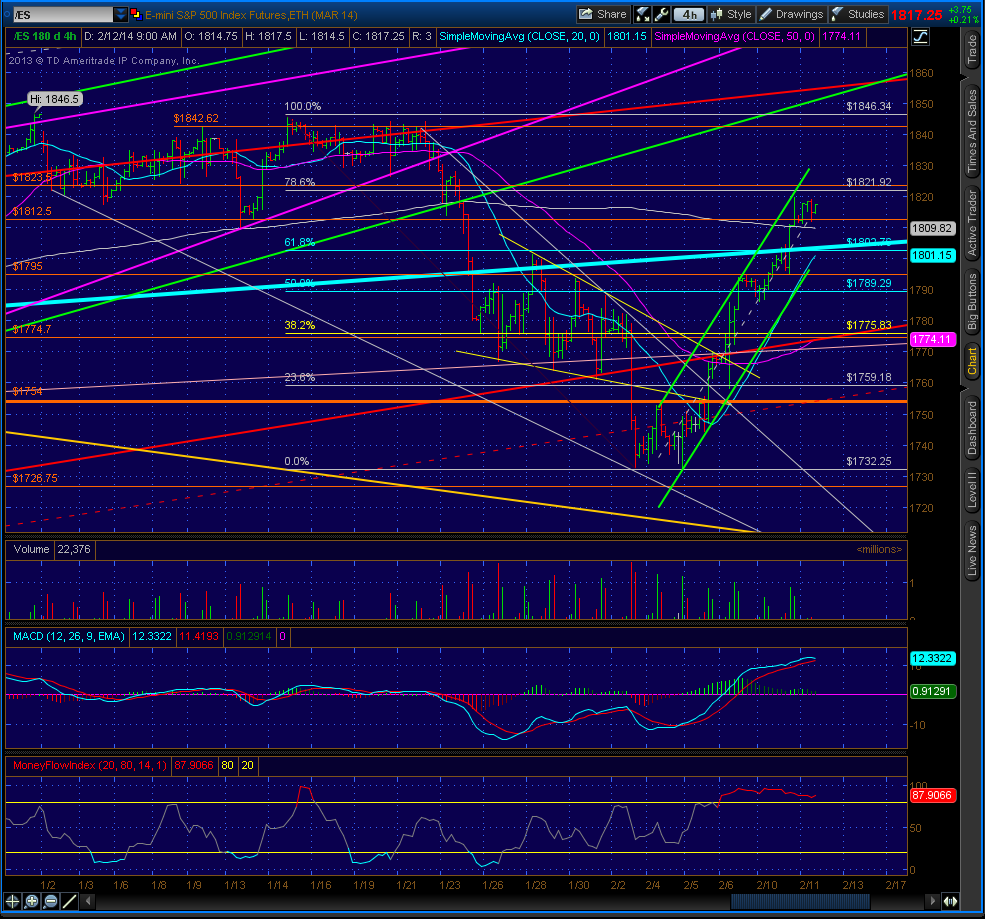 It's a joke folks. If you are still playing this farce, be my guest, but they are going to take it all one day. Every penny. Either thru direct confiscation or thru capital controls, they will get every penny that is in their system.