Bout all that's in "their" way right now news wise is the budget/debt ceiling issue. This slight money problem keeps coming up for some strange reason. I'm not sure why. There are always checks in the checkbook, and it's not like they don't have a printer in the closet.

Taking a look at the US National Debt Clock, it says we're only $17.3 trillion in debt. That's only $150,000 per taxpayer. The good news is that the limited liability per taxpayer is only $1.1 million on the $127 trillion in unfunded liabilities. So, they got this under control and there is no reason to freak out (unless interest rates rise of course and then that huge pile of debt goes up in flames).

This is an election year. Do you think there is any way we're gonna have another shutdown or any bickering over the debt issue? Ever since the fiscal cliff and the super secret congress (or whatever that illegal unconstitutional group was called) met a couple of years ago, there have been no more issues getting an extension passed on government spending. I doubt there will be any issues this time either.

Minis daily - Strictly looking at resistance points here. Price has made it back thru the backtest of the busted red support STB line of death. Now price is entering this area of critical resistance between 1795 and 1805 that holds everything from the long term blue market resistance diagonal, the 20and 50 dma and the 61% retracement (STB bull/bear line). True bears that believe the top is in should think this would be the best point to short for the long term if they missed the top. In EWT terms, this may be the top of a 2 wave. Thinking and believing are operative words here, cause playing against the Fed in their manipulated market is not a fair game. Let's watch this area closely. 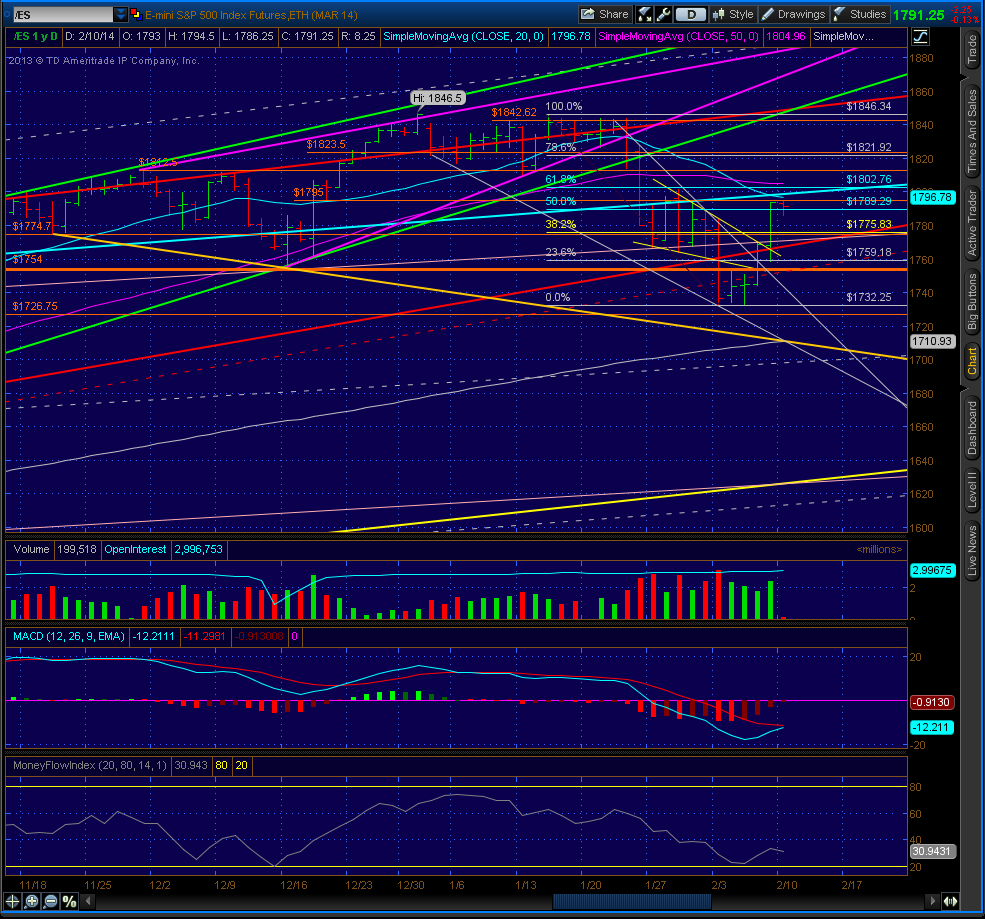