You know things are screwed up when Wiemar chooses to take the next steps to go all Wiemar again. That's what happened when the, "Bundebsbank's tacit approval to proceed with this plan which would make the ECB's bond monetization mirror that of the Fed where bonds are purchased on an unsterilized basis." In other words, the last holdout of rational just left the playing field in the EU. Right now we have a near perfect QE storm going on. Why? Because the financial world was about to come to an end, literally. The EU, China, Japan are all printing wildly, and the hint Yellen gave the other week all add up to some very confident stock markets regardless of the consequences of the additional easing.

And there you have it all in a nutshell folks. We get in trouble, things are not working right, policy fails - then print, print, print and all will be well. Kick that can as far down the road as you can. Transfer the problem to another administration or generation. Let them deal with it. The problem is, we've run out of generations to punt this problem to. Keep the sheeple in the dark and mask the problems with ATH stock markets while things spiral out of control.

I keep telling you folks, it's all about QE and nothing else, period. When the QE music stops, so does everything. They can't print forever, but they are apparently ready to risk everything and die trying. It's their only option now.

SPX Daily - So, should the markets have recovered from the last fall? Should we be about to hit new ATH's again? I think not, but you draw your own conclusions there. One thing that is for sure is the indicators are neg diving again and they say this recovery is a lie. Sadly, that's been the case for years. Normal market function and pulse are no longer a thing of reality. This Robomarket is part market and mostly machine now that can accomplish feats that a historical market could only dream of thanks to QE.

Bottom line is we're close enough to a double top for negative divergences to matter, and they are there yet again. Combine these with various other overbought signals and we have yet another witches brew for a quick collapse. What drove these markets off the lows was the recent QE stick saves in China, Japan and the promise of ones to come in the EU and US. This can't last forever, but till they run out of QE bullets it is what it is and all we can do is ride it till it eventually implodes. 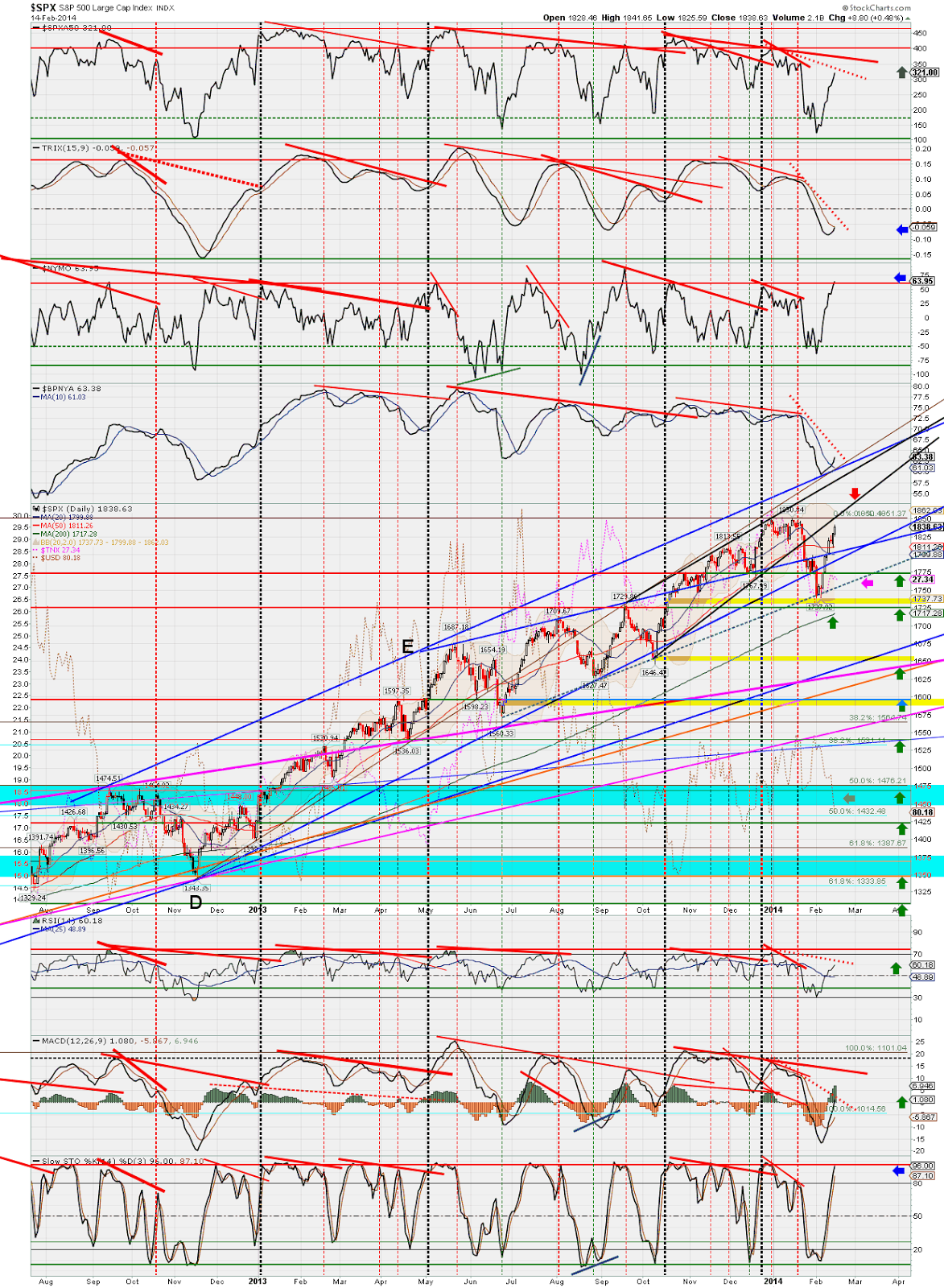 Minis 4hr - What we have here is either a potential rising wedge or channel up to a double top situation with negative divergences and overbought conditions. Maybe the QE news has down its work for now and it's time for a correction. QE's effects are not what they once were. Sure, they were able to pick up over 100 SPX points over the past two weeks, but there was a time when all these announcements would have done this in three days. QE no longer has the turbo effect it once had. 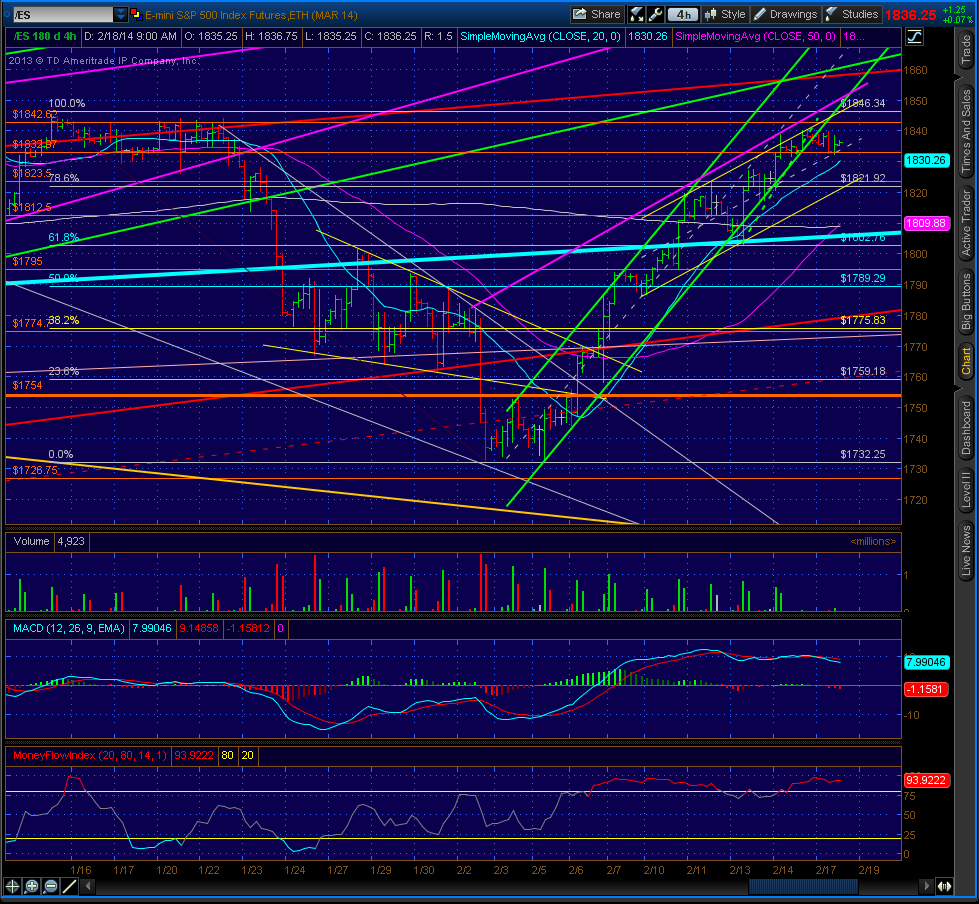 I'll give targets below. Back at the top on 1/15 I discussed their need for a sizable pullback to be able to generate the ability for them to lift the market without having to go vertical. Formations get tired and run out of room to grow. At that point price needs to reset and make room for another run. They may need another pullback here as well before attempting to push thru to new ATH's.

A bothersome issue for bully is the RUT and DOW are lagging bad. Are their tops set, or do they still need to run? The Q's are off in a world of their own and have set new ATH's again. Are the Q's the leader of the exception? Bottom line is QE. What happens with QE. Nothing else matters. the announcements and implementation of new programs has us here, but that's it. They got their pop. Now what is the big question?