How cool would it be if the world were your oyster spewing all sorts of awesome pearls and really anything you wanted it to conjure? I'll keep the post simple this morning. Sort of I warned you this will come and this is only the beginning.

The "Gates" Are Closing: SEC Votes Through Money Market Reform at ZH really tees up so many things I harp on weekly - mainly capital controls, everyone headed for the exits at the same time and getting your funds all the way out of the system. Discount their 'theory' or innocent intentions of such a program if you dare. This is a step to trap you and protect them, nothing more.

Why now? Is this really necessary? I mean, what, the markets are not naturally or organically being lifted? They need help? What, I thought everything was awesome? So why now? Why such a measure if everything is so rosy and recovering?


"while on the surface this now enacted proposal to establish withdrawal limits is spun as benign, it was the Fed itself who warned in April of 2014 that "the possibility of suspending convertibility, including the imposition of gates or fees for redemptions, can create runs that  would not otherwise occur... Rules that provide intermediaries, such as MMFs, the ability to restrict redemptions when liquidity falls short may threaten financial stability by setting up the possibility of preemptive runs.""

The two key words - RESTRICT REDEMPTIONS. This is a very kind way of saying capital controls, or you can not have your money when you want it. Or you can have your money, but it's not worth what you thought it was. Many will find a dollar is not worth a dollar (as they did in 2008) when they want to get out.

Nuff said. This is not telegraphing any sort of coming 'event' now is it? Again, why now if things are so totally awesome? Let them hammer nail by nail in our coffin as we ignore our freedoms being raped one by one. I hate to say it, but this is the first of many 'I told you so' moments that are to come. I'll say it again, take your profits all the way out now, as in all the way out of the dollar while you still can. Sure it is un-American and you will be put on a terrorist list, but that may be a small price to pay to control your financial future.

Daily SPX - Same chart as yesterday. Wait did we not print fresh new ATHs yesterday? Hmmm, the indicators are not jiving with price now are they. That's OK they have not for over a year and a half. Still makes you wonder doesn't it? If they can't break thru and get $2k, then serious problems loom. Can they overthrow a 6th technical top and avoid another retracement? 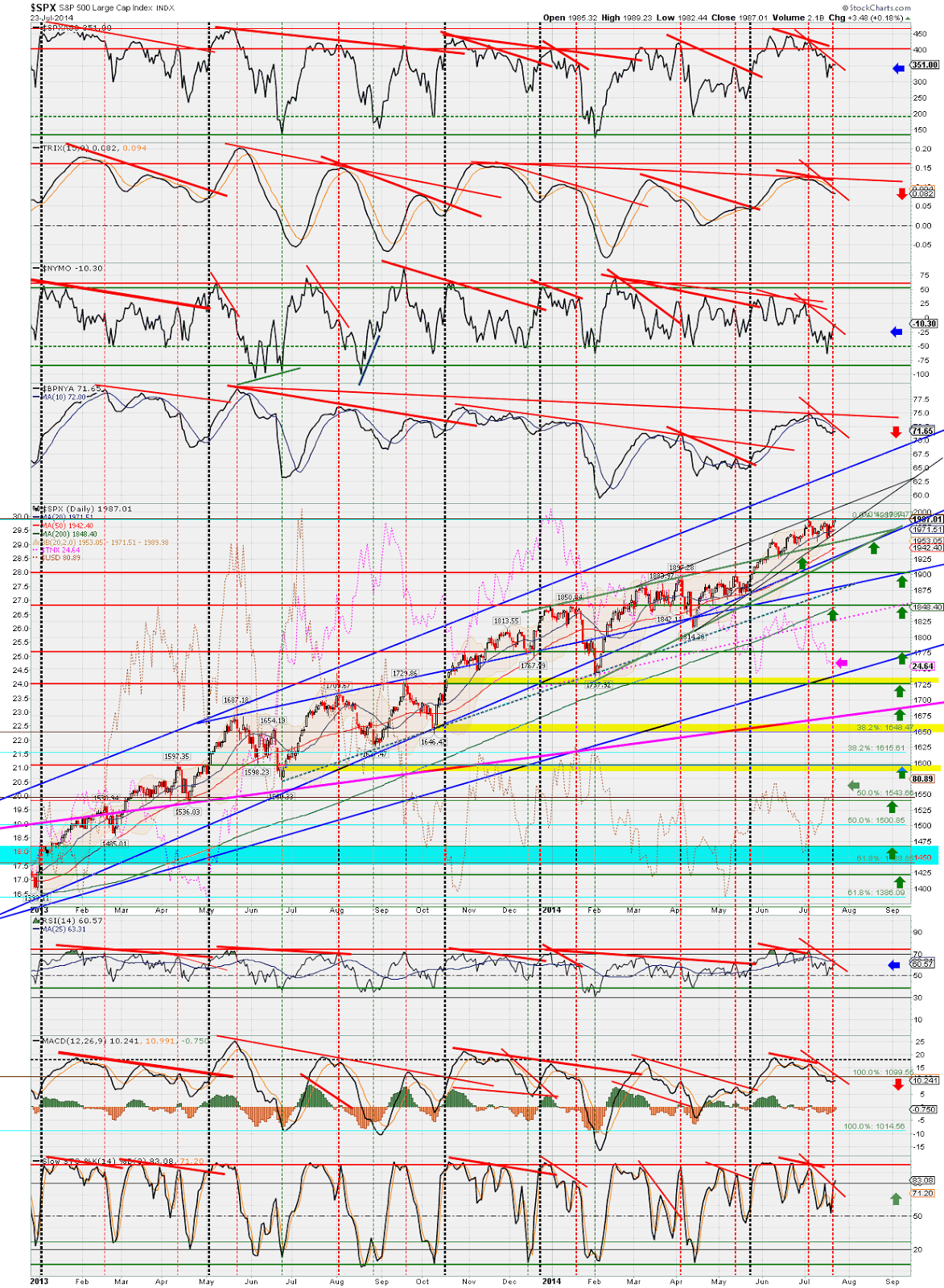