Things are awfully quiet right now. There is too much going on for it to appear so calm. Now is not a time to be complacent. Now is a time to be vigilant and awake to our surroundings. We're at a point where one single incident of any magnitude can cause everything to spiral out of control. In the Ukraine, MENA, China and many other places social unrest due to corrupt governments and horrific financial conditions is starting to really flare. The globe is nearing its boiling point, and when it does look out. The unrest will not end till the people have had their way.

Since last week I've been discussing the location of price here at 1866 (/es f). This is near the 61% retracement of the fall from the 1892 top. I've been using this retracement point since the November 2012 lows to mark whether we're headed to higher highs or if the fall will continue. I refer to it as the STB Bull/Bear line. Above it and they have always managed higher highs. Below it and the bears have maintained control. The feds struggle usually making it back thru this point because there is enough bearish sentiment, there are enough out there that know this market is not real, there are enough that know this whole thing is a farce, that this point generates an emotional trigger that screams caution.

In normal (non-rigged) markets where we're facing these sort of economic and social conditions a bull retracement would end here and subsequent fall would continue south but not in this market. This is a point where the feds or PPT or whoever will either gap through or drive price through with authority crushing the remaining shorts and using the heat from their burning positions to fuel price into a new bull trap run to new highs. It's almost like everyone gives up, cries uncle, throws their hands in the air and says whatever.

There will come a day when this 61% retracement is going to hold and reverse. That will be the best moment to short this market into the coming collapse. Right now the 60m charts, that have done the best job at predicting reversals, have some hefty negative divergences working. For this reason and the above I'm watching this point very cautiously right now.

SPX 60m - Whats also got me concerned at this point is the successful backtest and failure off the green diagonal. If the blue diagonal backtest holds and price reverses here there is a real possibility the final top is set and we're entering the final phase of the bear market. 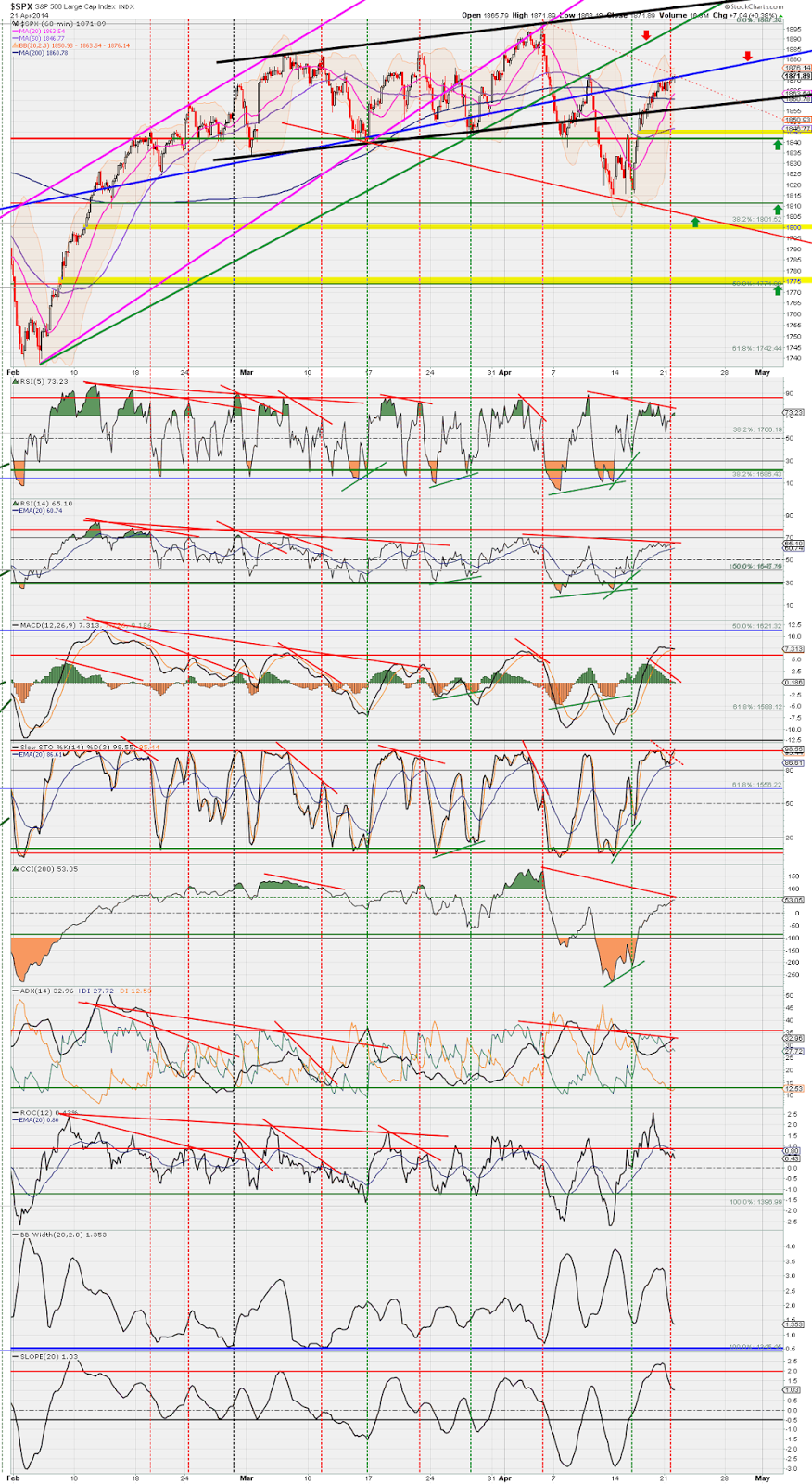 Minis 30m - Green rising channel at upper blue channel resistance at the 1866 s/r point now trading in the lower half of the rising green channel. If this cracks I will have no option but to point to the potential STB point near 1900 next week. On the other hand, if it holds, the STB red diagonal of death lies just below. 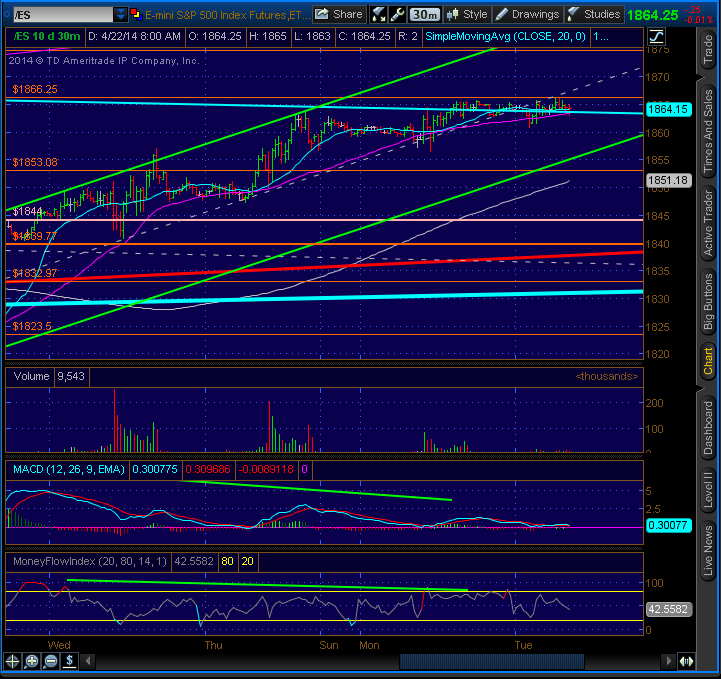