I told you last night not to be surprised to see all the losses erased and a green open. We've seen it before. The sheeple are not allowed to know and will be kept in the dark about the near collapse that happened last night. Nothing to see here move along.

After toying around with the Flash Crash vids Friday, I found this circuit breaker post on ZH amusing and well worth the read. It is not a matter of if but when in this case. I suggest you have your questions answered before the crash happens and not during about the hows. whats and whys if crash etiquette. Did The SEC Hint At A 7% Market Plunge?


Minis 60m - Welcome to stage three of the SYB call bonanza. We've walked price down to 1341, 1300 to 1295 and now have hit the 1260 target. Just below this support is a large gap that they will defend. Big chunks or holes that were left by the rapid ramping climb (when you ramp it you do not leave naturally occurring support and resistance points) are getting filled rather quickly these days. 1220 would be the next stop, then round level 1200 and finally my ultimate 1170 target. Anything below that would be gravy and I am satisfied that this fall may now correct. That's not saying it will, but that from this point down you should be wary of a reversal of some sort. You can see the gap from 1249 to 1259 in gray just below support here. 1286 starts the backtest area with 1300 to 1310 contains all sorts of resistance (just as it was all sorts of support on the way down). 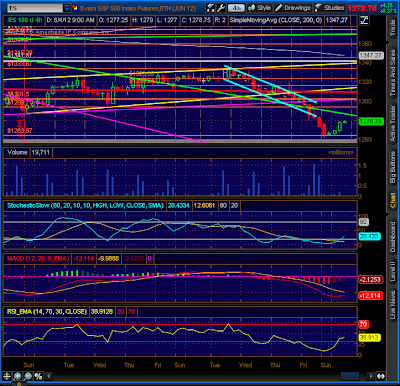 I'm running a bit late today. Sorry for the lame post. I'll get you some more charts in the commentary.