So we wake up to Chinese easing speculation that's a false rumor, sooooo ... uh ..... the SPX futures are gonna give back those 10 points they picked up for free, right? LOL. NOT! That's not how it works.

I suggest you read this one. "The Risks Are Very High" Swiss Billionaire Warns "Global Financial Markets Have Never Been This Distorted Before"

"But our authorities had the dream to smooth the business cycle by not allowing the markets and the system to correct itself. It is difficult to correct this in a painless way, which is what the authorities are trying to do. That won’t work."


Look for this and other tactics like negative interest rates and capital controls to become the norm as Governments starve - Australia To Start Taxing Bank Deposits.

SPX Daily - Red rising wedge support - what a place for them to find 10 free points overnight courtesy of a rumor that's not true. That's very typical of this market these days. 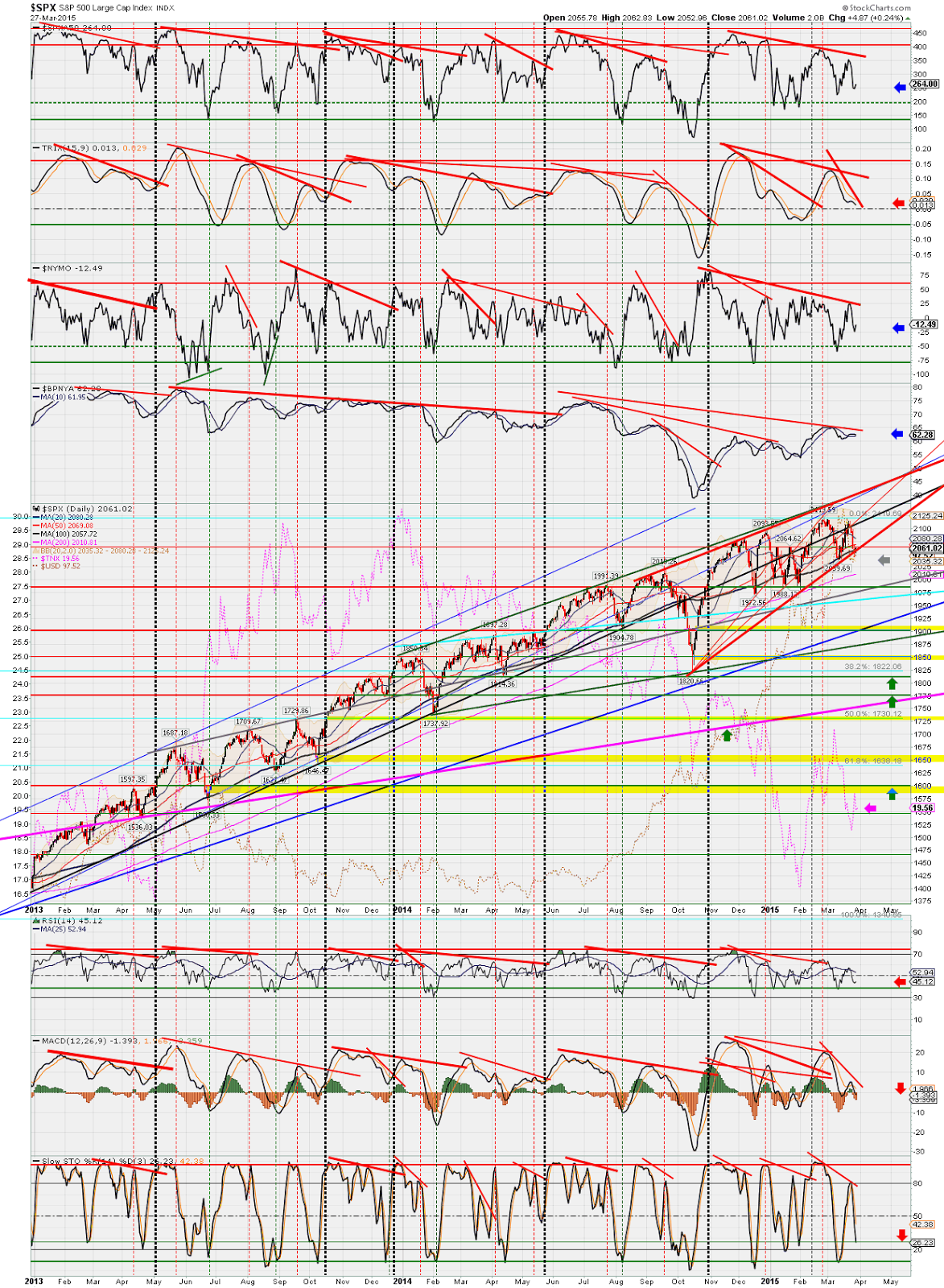 SPX Daily - OK, now I warned about the double resistance with the STB DOD and the Channel 50% diagonal. Now it is time for the triple support whammy, the 100 dma and the wedge support all at 2062 s/r point. A break of support here would be devastating technically, to rally through resistance now at ATH 2119 should be difficult (well, in realist terms). One could say they have cornered themselves here. I've been working this wedge over as a potential ending/toping formation since October, its formation, all the plays in it and now its potential failure. You have to know "they" see this as well. 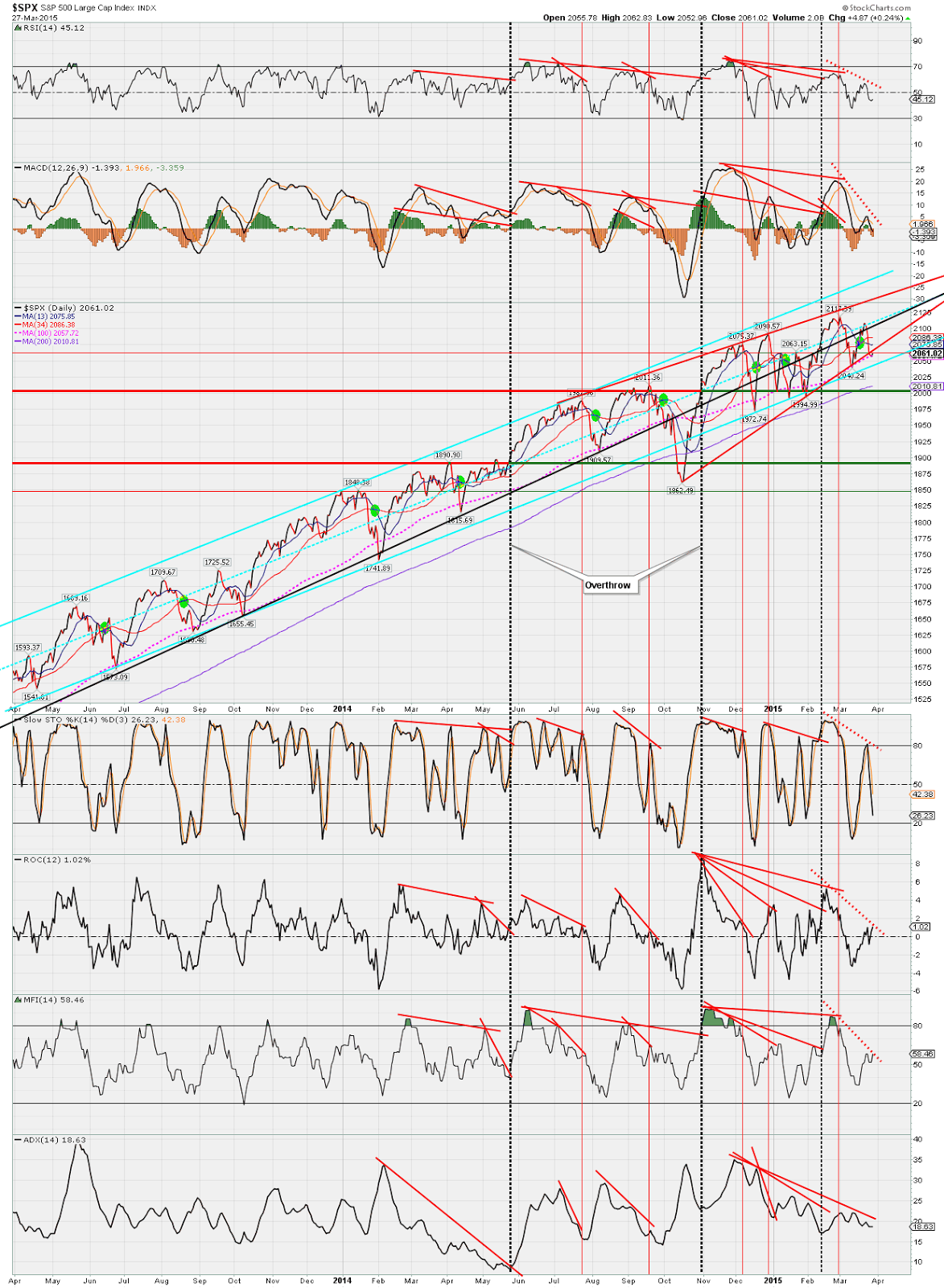 Must read - Obama funds left-wing hit squad with your tax dollars 1 of many groups deployed in melding of state, political advocacy

"Asked by WND to comment, Rep. Louie Gohmert, R-Texas, called the Obama administration’s pattern of behavior “yet another profound example of how extreme leftists have conspired to use American taxpayers’ funds for their far-left destructive agenda.”"